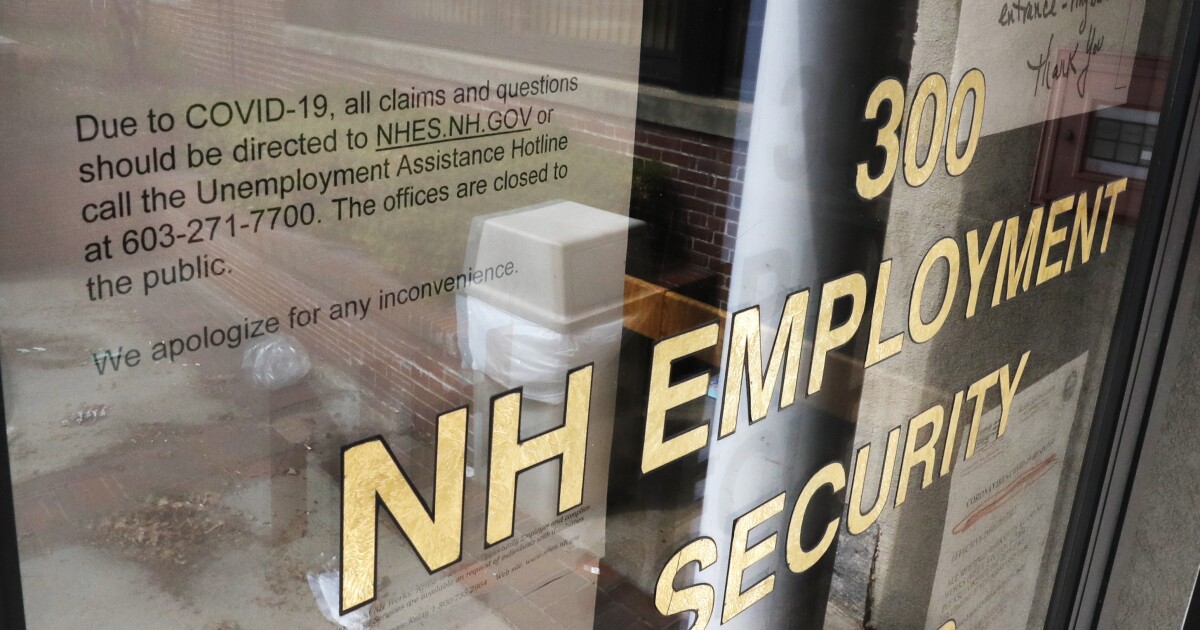 The number of unemployment claims filed by New Hampshire workers ticked up slightly last week, as the coronavirus surge continues to batter the state's economy.

At least 2,923 unemployment claims were filed in the Granite State for the week that ended Dec. 5 – an increase of 615 from the prior week, according to the U.S. Department of Labor's weekly report.

Another 513 claims were filed for Pandemic Unemployment Assistance, which covers workers ineligible for regular unemployment benefits. That’s an increase of nearly 159 claims from the previous week.

The uptick follows several weeks of declining claims as the state reopens its economy and allows some businesses to reopen with health and safety restrictions.

Those PUA benefits, provided under the federal CARES Act, offer an additional 13 weeks worth of benefits after jobless workers use up their allotted six months of benefits. Those payments expire in about two weeks, and talks in Congress are underway on a new relief package that could extend federal unemployment benefits.

At least 19,000 people in New Hampshire stand to lose those federal jobless benefits after Dec. 26, according to a new Century Foundation report.

Nationally, about 853,000 new claims were filed last week, according to the Labor Department. That’s about 137,000 more claims than the previous week, and the highest weekly total since Sept. 19, according to the report.

Continuing claims increased by 230,000 to 5.76 million nationally, the agency said. That's the first time that number has gone up since the summer.

Economists say the rising numbers reflect the job market’s struggles as coronavirus cases have spiked and local and state governments have imposed new restrictions on activities.

More than 22 million Americans are receiving jobless benefits as economic fallout from the coronavirus pandemic continues to shutter businesses and put people out of work.

The Granite State has doled out more than $1.4 billion in jobless benefits during the pandemic — more than it had distributed during the previous 10 years combined, according to the agency.

New Hampshire ranked 9th among states that has seen the largest unemployment claim increases in the past week, according to WalletHub.

The personal financial website said New Hampshire's unemployment claims for the previous week were nearly 319% higher than the same week a year ago.