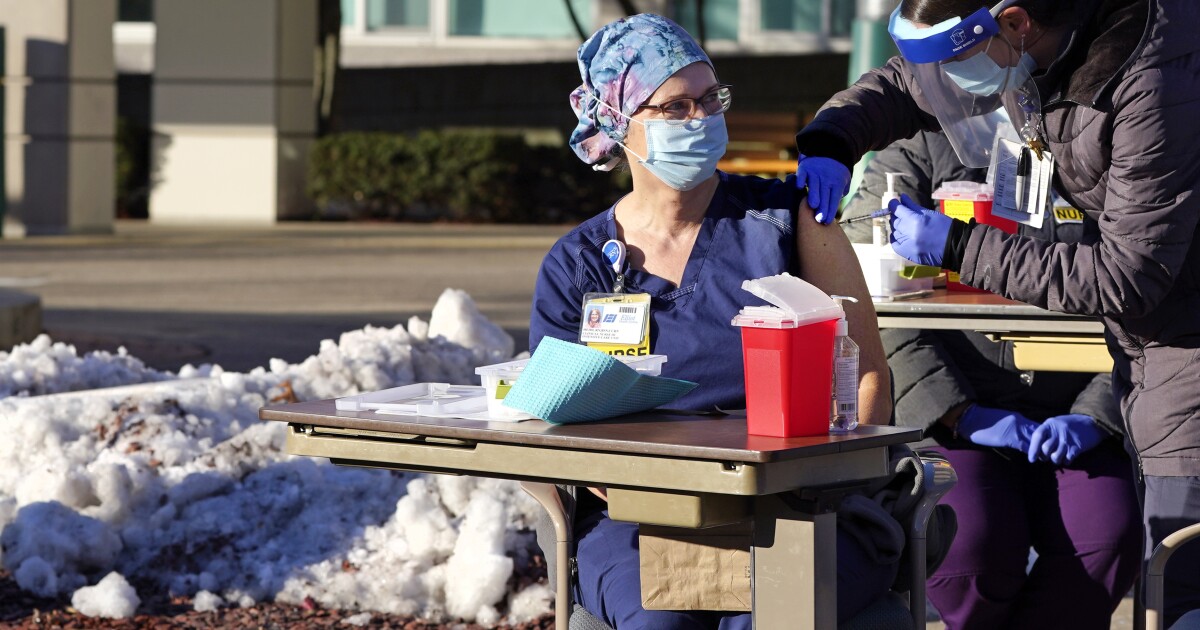 Another round of coronavirus vaccinations gets underway in New Hampshire next week, as state health officials shift their focus to reaching people 65 and older.

Beginning Friday, about 300,000 Granite Staters over 65 will be allowed to register to get their first dose of the COVID-19 vaccines, which will be administered starting next week.

The state is currently in Phase 1a, vaccinating highest-risk health care workers, police officers, firefighters and other first responders as well as long-term care facility residents and staff.

In a statement, Gov. Chris Sununu said New Hampshire is well-positioned to scale up the state's vaccination program as the federal government provides more of the drugs.

“Overpromising and under delivering has become a habit with pretty much everyone in Washington D.C., which is why in New Hampshire we designed our vaccination system to be flexible and able to deliver for our citizens regardless of what they send us,” Sununu said.

Sununu has urged people to be patient with the rollout as the state has only been allocated between 17,000 and 18,000 doses a week by the federal government. He said the limited supply means appointments for vaccinations in the latest round could be booked several months out.

Meanwhile the state's largest teachers' union is pushing for teachers to be included in the round of vaccinations that get underway next week.

New Hampshire is one of the few states that didn't include educators in the first, sub-round of vaccinations. They will be vaccinated in the second phase of the rollout, set to begin in March.

Other groups won't get jabbed until May or beyond, according to the state's vaccine distribution plan.

As of Wednesday, the state has received 127,225 doses of the vaccine and administered 62,517 doses, according to the U.S. Centers for Disease Control and Prevention.

Nationally, more than 12 million doses have been administered, the federal agency says.

Last week, Sununu said the state will be dispatching mobile vaccination clinics to help reach communities of color and other disproportionately impacted populations.

“We're really trying to make it simple,” Sununu told reporters. “We're really making sure no one is left behind in this entire process.”