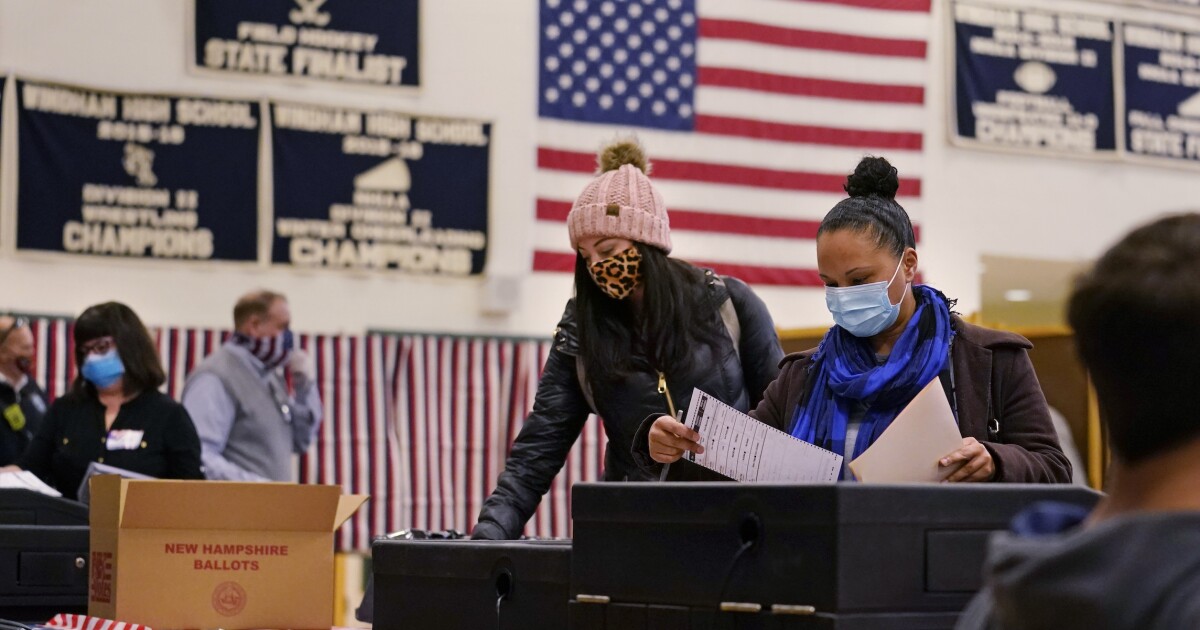 More than 803,000 New Hampshire residents cast ballots in this year’s presidential election, a record for the state.

According to the United States Elections Project, more than 75 percent of the eligible voting population cast ballots. During the election, Republicans won majorities in the state’s Senate, House of Representatives and Executive Council.

“Voter engagement in New Hampshire is alive and well, and even during this pandemic, New Hampshire remains the easiest state in the nation to vote,” New Hampshire Secretary of State Bill Gardner said in a statement.

According to the United States Elections Project, 70.9 percent of the voting-eligible population cast ballots during the 2012 election, while 72.5 percent did so during the 2008 presidential election.

During this year’s election, some municipalities, such as Dover, saw even higher voter turnout. More than four in five registered voters in the community, 80.1 percent, voted, which was 10 percent higher than the 70.2 percent who cast ballots during the election four years ago, officials said.

Statewide, President Donald Trump garnered more than 17,500 more votes than he did four years ago, but he won a similar portion of the popular vote. In 2016, Trump garnered 46.5 percent of the votes cast while picking up 45.5 percent this year.