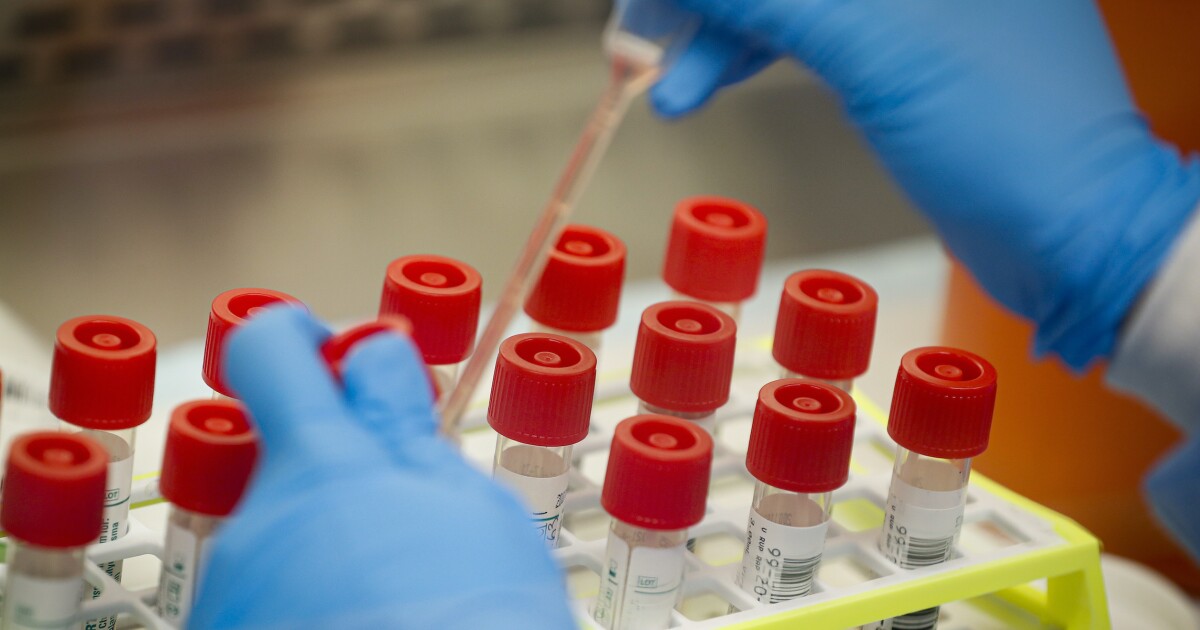 As New Hampshire fine tunes its blueprint for distributing a coronavirus vaccine, once it becomes available, the state is planning to set up its first immunization registry to track how many people have received the drug.

New Hampshire has a system to track vaccine purchases, but currently doesn't keep statewide records of patients who have been immunized. Health officials say that makes it harder to track immunization rates in the state, which will be required of states as part of a federal rollout of a COVID-19 vaccine.

“We're the only state that doesn't have a registry,” said Joan Ascheim, executive director of the New Hampshire Public Health Association, a private, nonprofit advocacy group. “And it will be critically important to have one as we move forward with a COVID vaccine to be able to track it, and notify people of any recall.”

A draft of the state's coronavirus vaccine distribution plan, which was recently submitted to the U.S. Centers for Disease Control and Prevention, calls for using the state's yet-to-be-created “Immunization Information System” to keep track of the vaccines and those who've received them.

The state Department of Health and Human Services is in the process of setting up the new system with a $1.5 million federal grant, according to the agency.

Medical experts say an effective vaccine is crucial to ending the pandemic, which has sickened nearly 10.2 million and killed more than 329,000 nationwide. Vaccines are being developed and tested by several companies, some of which are already producing mass quantities of the vaccines in anticipation of approval.

Earlier this week, Pfizer said trials of its vaccine have proved to be 90% effective in preventing COVID-19, a promising development in the global race for a vaccine. The drugmaker plans to ask the Food and Drug Administration for emergency authorization of the two-dose vaccine.

Medical experts say when vaccines become available drugmakers won't be able to produce enough doses for the entire country, so federal and state officials need to plan for who will be first in line, and who will have to wait. Each state is required to submit a plan to CDC for approval.

Like most states, New Hampshire's vaccine distribution plans call for prioritizing the most vulnerable populations first: beginning with health care workers and first-responders who are exposed to the virus on the job, and elderly living in long-term care facilities, who are most at risk for the serious health impacts of the COVID-19 disease.

State officials have been trying to create a vaccine registry since 1998, when the state Legislature first passed a law authorizing the tracking initiative. But a lack of funding, pushback from anti-vaccine advocates and wrangling over privacy concerns has delayed its implementation.

The new system would allow New Hampshire residents who don't want to share their immunization records to “opt out” of the program.

Despite the lack of a registry, New Hampshire still has one of the highest vaccination rates in the nation, according to the CDC, averaging about 80% for most illnesses.

The state requires vaccinations to enter child care, preschool and kindergarten. As with most states, parents can “opt out” for religious or medical reasons.

Ascheim said she's confident the state will be able to implement the new tracking system without compromising anyone's privacy and says the “benefits will far outweigh any potential downsides.”