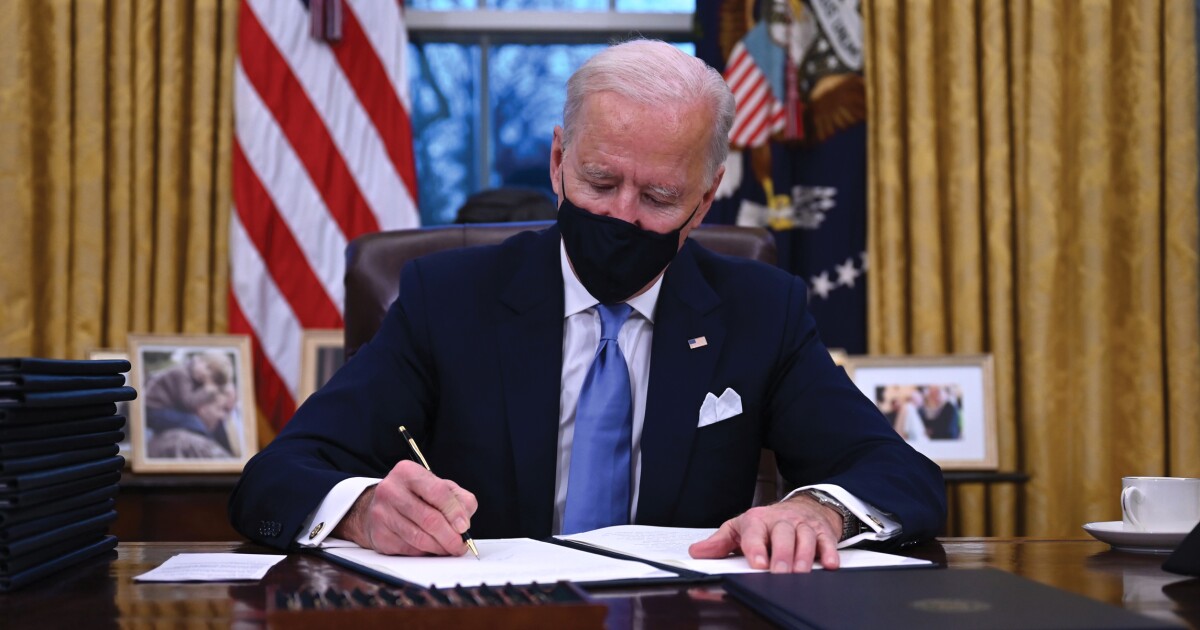 “I am incredibly heartened that within hours of assuming office, President Biden took strong action to heal our country and move us forward into a new era: marshaling a coordinated federal response to the pandemic, extending the eviction and foreclosure moratorium, rejoining the Paris Climate Agreement, and advancing racial equality,” U.S. Rep. Mikie Sherrill, D-New Jersey, said in a statement.

“President Biden’s Day One Agenda is a reflection of our priorities and values,” Sherrill added. “Congress must meet this moment with legislation that matches the magnitude of the crises we face.”

“Today’s executive orders show the magnitude of the challenge we have as a country ahead of us,” Kim said in a statement. “We not only face a pandemic that has killed more than 400,000 of our fellow Americans and put millions out of work, but we face the challenge of picking up the pieces left by an administration that sought to divide instead of unite and shrink America from its role in leading the world.

“These actions are just the beginning. It is up to us in Congress to come together and enact real, meaningful change in the coming months,” Kim added. “We owe it to the next generation – and I owe it to my two baby boys – to get this right. I look forward to working with the Biden-Harris Administration and will continue to be a fierce advocate for the priorities of Burlington and Ocean Counties.”

“This plan is not only about fixing our broken immigration system, but building a better one that reunites families, brings the undocumented community out of the shadows and on a path to citizenship, stands up for human rights, addresses root causes of migration, and includes a smart border security strategy,” Menendez said in a statement.