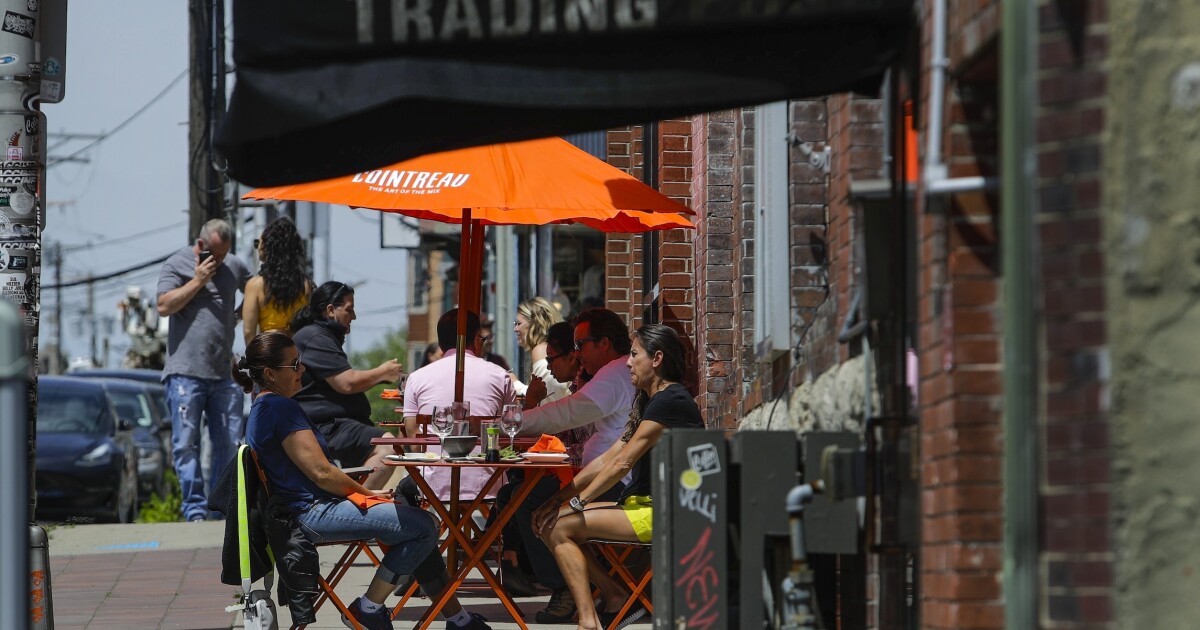 The New Jersey Senate Republican caucus is calling for an override of Gov. Phil Murphy’s veto of a bill that would have extended outdoor dining for restaurants and taverns.

The bill would have allowed the businesses to use parking lots, decks and other outdoor spaces for dining areas they own or lease as long as they obtained permission from the owners, took out additional insurance and entered an indemnification agreement with the municipality.

The bill passed the Assembly and Senate unanimously.

“All across the state, restaurants are closing at an alarming rate, and it has been Governor Murphy’s overly broad restrictions that put them out of business,” Republican Sen. Anthony Bucco said. “The Governor, by vetoing this legislation, has essentially turned his back on tens of thousands of hard-working bartenders, waiters and waitresses, chefs and cooks, and those who invested their life savings into their businesses.”

Murphy said in his veto statement that the bill “circumvents existing licensing and regulation processes critical to protecting the public’s health and safety.”

“For example, the process outlined in the bill for expanding into outdoor spaces would divest the Alcohol Beverage Commission of the enforcement authority it concurrently shares with municipalities, and transfers review and oversight exclusively to local governments,” Murphy said in his statement. “At the same time, the bill would significantly limit a municipality’s review by requiring approval of all applications that contain the requisite information. As a result, municipalities would have almost no ability to reject an application based on public health or safety concerns, such as a proposed expanded area’s proximity to a school or church, or a licensee’s previous violations of the Alcoholic Beverage Control Act.”

The veto was opposed by the New Jersey Business and Industry Association.

“If the Governor supported the intent of this bill, but thought it went too far, perhaps there should have been an effort to work with the Legislature for a conditional veto and still help ease these regulatory burdens on struggling businesses,” said NJBIA President and CEO Michele Siekerka. “Instead, with the rejection of this legislation, which was passed unanimously by the Senate and Assembly, operations like restaurants, bars and breweries lose opportunities to expand and innovate.”

The veto could shutter some restaurants permanently, the 15 members of the Republican Caucus said in a letter to Senate President Steve Sweeney and Assembly Speaker Craig Coughlin.

“We have been warned by representatives of the restaurant industry and operators of local establishments that many restaurants, bars, and breweries are on the brink of closing,” the letter said. “They simply cannot make enough to pay their bills under current limitations.”