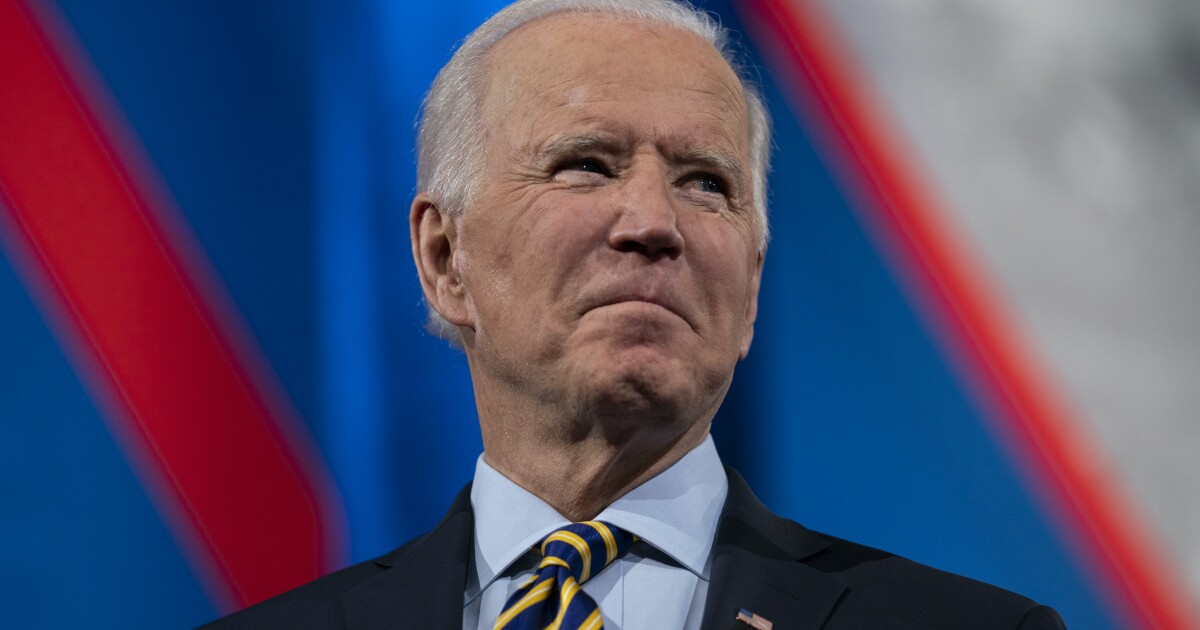 President Biden said he doesn’t think that anyone should be incarcerated for drug offenses.

Biden had his first town hall event Tuesday since he was sworn into office. One of the attendees, who noted the liberal flank that supports “defunding” police departments, asked him about how he plans to continue to ensure police are given the resources they need while still initiating meaningful reform.

“By No. 1, not defunding the police,” Biden said, adding that “more money” should actually be infused into police departments “so we have legitimate community policing.”

The president also said he wants to see the United States, in reference to drug laws, “in a situation where we change the legislation. No one should go to jail for a drug offense.”

“No one should go to jail for the use of a drug. They should go to drug rehabilitation,” Biden said to applause from the crowd at the CNN event.

The sentencing system should be changed to one that focuses on making sure that there are rehabilitation plans for criminals more generally, Biden said, adding that prison systems should have access to vocational programs that help those behind bars learn the career skills they need to succeed outside of prison.