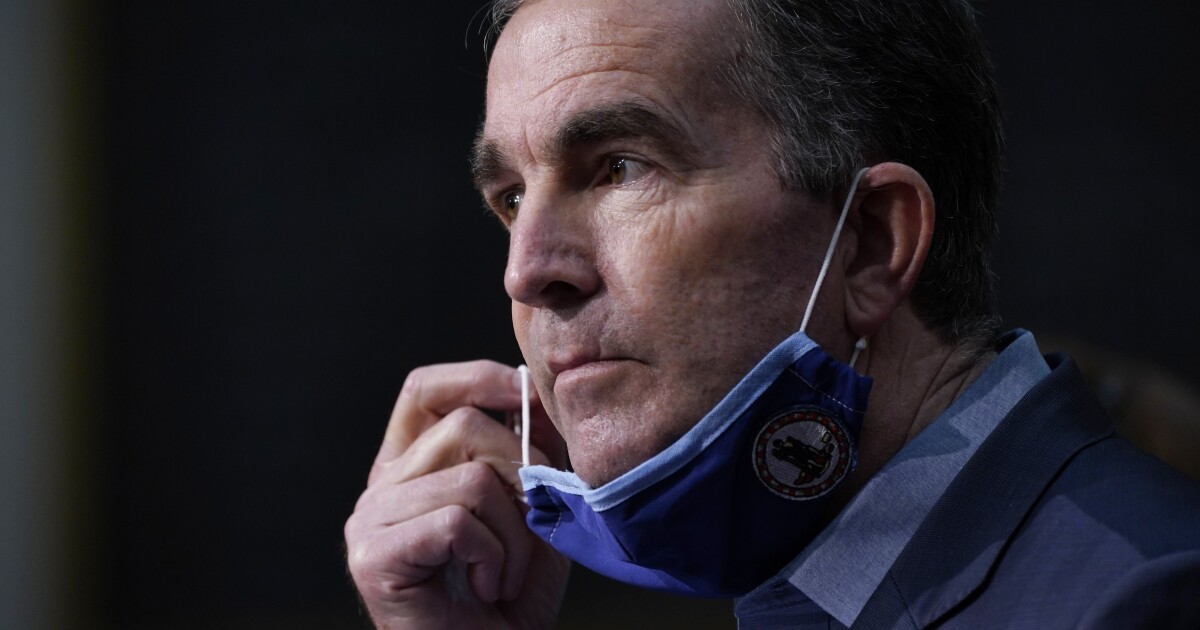 In his State of the Commonwealth address Wednesday night, Gov. Ralph Northam laid out his agenda for 2021, which includes managing the COVID-19 pandemic, rebuilding the Virginia economy, getting children back into school and further addressing criminal justice reform.

Getting the state back to normal hinges on a successful COVID-19 vaccine rollout and Virginians taking the vaccine when it is available to them, Northam said in the address. This is the first step in reopening schools and rebuilding the economy, he said.

“We now have the best tool: vaccines,” Northam said. “As a doctor, I can tell you the incredible effort and cooperation it took to develop these vaccines. It shows us what we can do when people work together for the common good. … I urge you to get vaccinated when your turn comes. I will do it, and so will my family.”

Northam has been criticized for Virginia's vaccine rollout, which has not been as fast as some had hoped, but he said only nine states have administered more doses than the commonwealth and each of them are larger than Virginia. Northam set a goal of reaching 25,000 vaccinations per day as soon as possible and implemented other reforms last week to improve the process.

The governor also urged Virginians to continue following Centers for Disease Control and Prevention guidelines, such as wearing face masks and social distancing, to help the state get out of the pandemic.

Education also will be a priority, Northam said. Getting teachers vaccinated is an important step for reopening schools, he said, and additional funding for schools and teachers is essential for rebuilding the state and setting a strong foundation for the future.

“We need to take action on education,” Northam said. “I know that everyone wants to get our schools open and our students back into their desks, and to do it safely. So do I. So we are taking action. Just yesterday, I visited T.C. Williams High School in Alexandria, where teachers and school staff were getting their COVID-19 vaccines. Vaccinating teachers is just one way we’re working toward the shared goal of reopening schools and making sure students are getting the support they need.”

In the governor’s budget proposal, he allocated $500 million to schools to offset funding losses caused by drops in enrollment, which helps determine the state’s education funding formula. He also proposed turning the 2% teacher bonus from last year’s budget into a permanent raise that will be higher than 2%, and he proposed $26 million to increase the number of student counselors.

Republicans have been critical of Northam’s executive orders regarding schools, which have prevented them from offering in-person classes five days per week. In a response to Northam’s address, House Minority Leader Todd Gilbert, R-Shenandoah, said Republicans will fight to reopen schools during the legislative session and provide financial aid to parents who opted to enroll students in alternative education options when they did not have access to in-person public schooling.

“We will be advancing an agenda that gets our kids back in school and provides assistance to parents who have been forced to take on added responsibilities to ensure their children are learning,” Gilbert said. “ … We cannot condemn an entire generation of Virginia’s students to the enduring effects of an inadequate education. With students enrolled in private schools remaining in the classroom, and with schools in other states open for classroom instruction, it is time for Virginia’s public schools to reopen.”

The governor urged lawmakers to approve additional funding for his G3 program: get skilled, get a job, give back. The program helps people get tuition-free job skills training in certain fields through community colleges.

Northam also wants lawmakers to address some criminal justice reform issues: abolishing the death penalty, restoring voting rights to felons and legalizing recreational marijuana. As Democratic lawmakers have been working on bills to advance the governor’s criminal justice reform agenda, many Republicans have criticized some of the bills and said the state needs to reform the parole board, which came under fire for releasing prisoners without going through proper protocols.

“Releasing murderers long before their sentences were complete – including those who had received life sentences – the Parole Board acted without notifying the families of the victims of these horrific crimes,” Sen. John Cosgrove, R-Chesapeake, said in a statement.

“The Northam Administration concealed – and in some cases continues to conceal – the [devastating] reports of investigations by the State Inspector General of Parole Board misconduct,” Cosgrove said. “Placing the interests of violent criminals above those of innocent citizens who are the victims of crime isn’t just wrong, it’s unconscionable. It is evidence of an administration with misplaced priorities and misguided values.”

“Tonight in his state of the Commonwealth address, Governor Northam spoke of the steps taken to protect Virginians during this pandemic and his plan going forward as we look to turn the corner on this public health and economic crisis,” House Speaker Eileen Filler-Corn, D-Fairfax, said in a statement. “I support the Governor's continued efforts to help struggling families and small businesses weather these difficult times, distribute the COVID-19 vaccine as quickly as possible and get our kids back to school.”