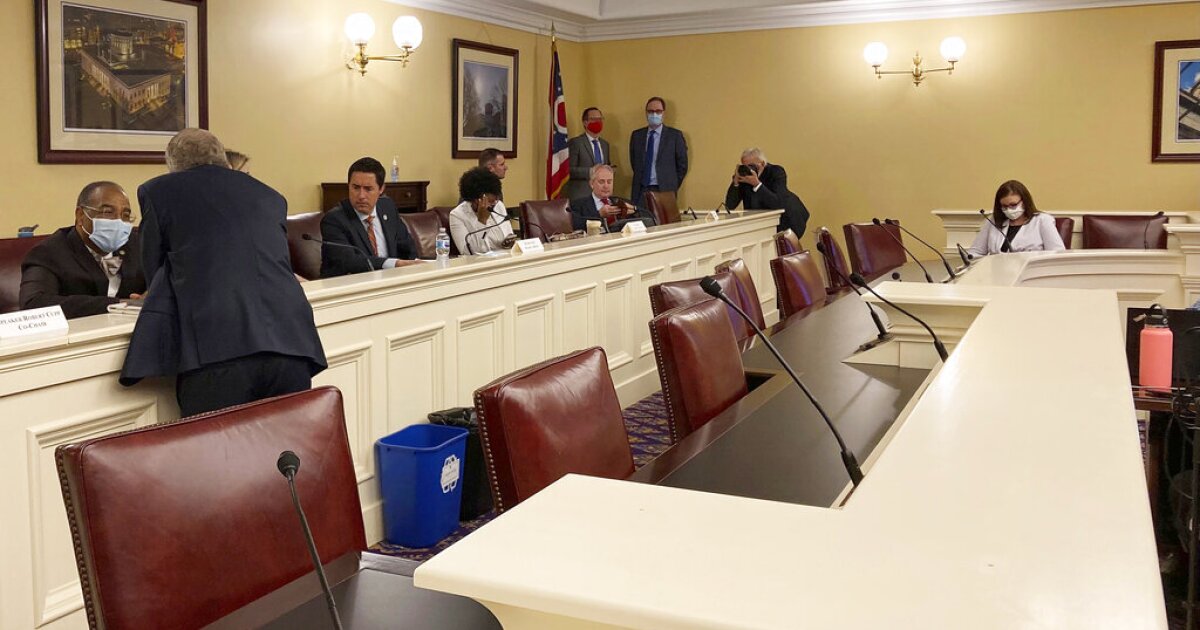 Republicans blamed the federal government and Democrats blamed Republicans after the Ohio Redistricting Commission failed to pass a new state legislative boundary map that would last for a decade.

Instead, the commission passed a four-year map with the group’s two Democrats voting “no” after long hours of negotiations and recesses Wednesday, the constitutional deadline to pass new maps.

“These House and Senate maps will be in place for the next four years and represent an important first step towards approving the next map that will complete the decade,” said Senate President Matt Huffman, R-Lima, a member of the commission.

Huffman said the delay in U.S. Census Bureau data created hardships with timing for the committee, which was forced to extend its Sept. 1 constitutional deadline by more than two weeks.

Secretary of State Frank LaRose, State Auditor Keith Faber and Gov. Mike DeWine expressed reservations and disappointment about receiving a map and information so late and not being able to reach an agreement on a 10-year map. All three, however, voted for the new map.

“After advocating for fair maps since the 1980s, I couldn’t in good faith support the state legislative maps presented by Republicans, which are less fair, less representative and more gerrymandered than even our current maps,” Vernon Sykes said. “I am astounded by the arrogance of the supermajority and their callous disregard for voters, the Constitution and the people of the state of Ohio.”

“The Republican members of this Commission have once again failed the people of Ohio,” Emilia Sykes said.

Huffman, though, said the commission's two Democrats were pressured into voting against the new districts.

“I’m convinced we could’ve reached a 10-year map,” Huffman said. “However, special interests pressured Democrats to not support it, asking voters to extend the deadline to accomplish that. Make no mistake, special interests want to get what they can’t win at the polls. So-called representational fairness is just another way to describe gerrymandering, and these groups need to remember districts are won with quality candidates, issues and campaigns, not on predetermined outcomes based on a false premise of letting special interests from Washington, D.C., define what is fair.”