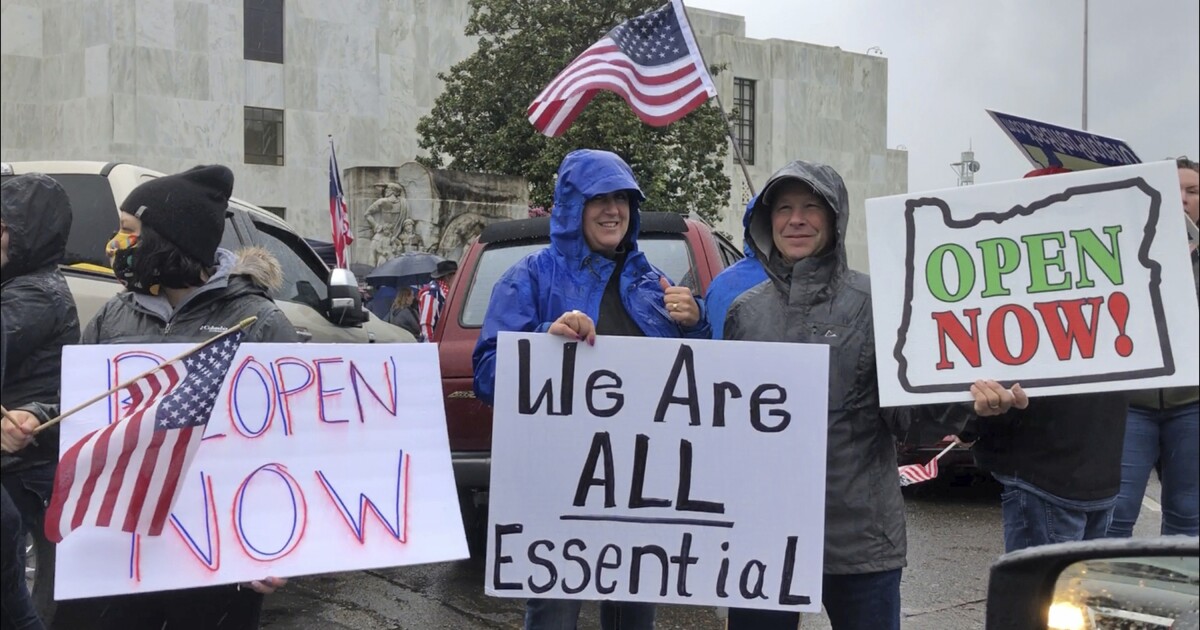 Data from the agency's most recent report on Wednesday shows the job losses resulted from the state’s unemployment rate rising from 6.0% in November to 6.4% in December.

Oregon's jobless rate still falls below the national jobless rate which has hung around 6.7% for the past couple of months, but follows nearly seven months of steady gains.

The vast majority of December's job losses stemmed from Oregon's struggling leisure and hospitality industry, which employed some 208,000 people before a wave of pandemic-induced shutdowns hit the state in March 2020.

In December alone, full-service restaurants cut 17,600 jobs, the single largest round of job cuts for any single industry that month.

Oregon has regained less than 37% of all jobs to the pandemic since March, according OED data.

As Josh Lehner of the Oregon Office of Economic Analysis wrote on Thursday, the numbers spotlight the K-shaped recovery Oregon and the country as a whole are both experiencing.

Lower-paid service jobs will keep getting hammered while higher paid jobs hold steady or even climb as long as the pandemic continues, according to Lehner.

“We ended a bad year on a bad note,” Lehner wrote. “That said, the underlying dynamics are about what one would expect. Overall the tick up in the headline unemployment rate is due to an increase in temporary layoffs, similar to what we went through back in the spring.”

Tweaking jobless benefits is an issue of great interest to the newly inaugurated Democratic majority in Congress.

At the state level, Oregon lawmakers are slated to take a second look at the state's unemployment tax rates.

The taxable minimum rate stands at 1.2% and the taxable maximum rate at 5.4%, based on state Employment Department data.

“I think there's also going to be, I hope, a look at the safety net that the unemployment insurance program provides as a whole and how to make sure that that provides safety for as broad a cross section of Oregon as possible,” Gerstenfeld said.

The Oregon Office of Economic Analysis is slated to release its next economic forecast on February 24.