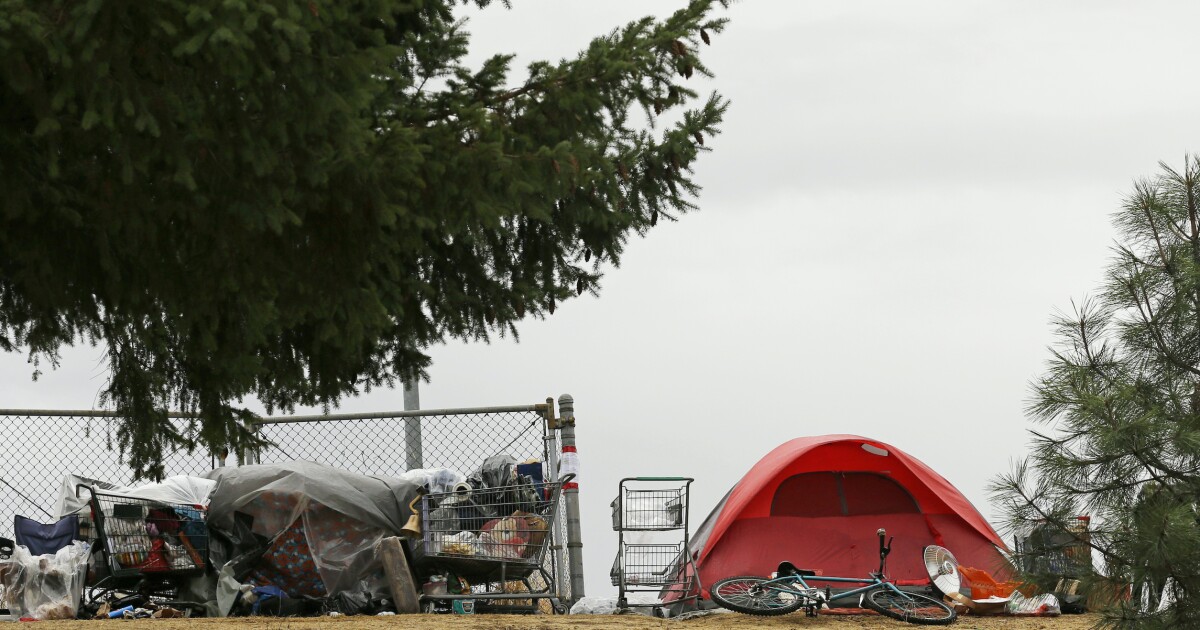 A tabled $35 million program to shelter Oregon's homeless amid the COVID-19 pandemic was given the green light by lawmakers less than a week after election day.

The program was cleared by the state Emergency Board after it was voted down in late October following a strong showing of bipartisan opposition.

As written, the program involves the state buying 20 hotels supplying as many as 1,000 housing units for the chronically homeless during the winter months.

Any money left over from the program by June 30, 2021 goes back to the state.

It was originally part of a larger spending package dubbed “Project Turnkey” which included an additional $35 million for housing the state's wildfire survivors through the same means.

The program was crafted in response to a study that found the state's homeless service providers will likely be 10,000 shelter beds short this winter.

A number of lawmakers said on Monday this second vote followed weeks of discussion with stakeholders and experts about Project Turnkey.

State Sen. Elizabeth Hayward, D-Portland, was among several lawmakers on Monday to support the measure after voting against it in October.

She joined many of her colleagues in voicing optimism that the program could lead to more efforts to address homelessness in the future.

“I will say that I’m not sure that I’m prepared to make a commitment that if this program works as we hope it will that this is the last time that the state will use some of its funds in this way,” Hayward said. “It behooves us to keep an open mind about how best to proceed in addressing our ongoing homelessness crisis in this state and how best to use existing properties or new properties.”

“This cannot be an ongoing obligation of the state to expand and operationally support this creative idea moving forward, but it certainly meets a need at this time,” Drazan said.

The program once again drew a no vote from state Sen. Betsy Johnson, D-Scappoose, who reiterated her past concerns about unanticipated operating costs and disability accommodations.

“I really think it’s a great program,” Findley said. “I’m afraid of throwing money out and saying, ‘Have a nice day’ and set something up to fail, because I have grave concerns that this could.”

State Rep. Greg Smith, R-Heppner, voted for the program in October and was absent from Monday's vote.

Later in the day, Emergency Board members unanimously voted to disperse $1.2 million for 10 mobile COVID-19 testing stations at the Oregon Health Science University.

Legislative staff confirmed on Monday that the stations are expected to process up to 500 tests per day starting in December.

The board also voted to set aside another $2.4 million for long-term care facility testing and increasing the Oregon Business Development Department's spending cap by $20 million.

It also approved $45 million to cover childcare costs for the Oregon Department of Education’s Early Learning Division, $7.5 million of which is dedicated to 23 YMCA and Boys and Girls clubs organizations.

In a written testimony to the board, the Boys and Girls Clubs Oregon Alliance reported that the state's Boys and Girls clubs are expecting average budget shortfalls $363,000 per club for a total of more than $4.3 million statewide.

State Rep. David Gomberg, D-Neotsu, was among those that voiced frustration with the board's slew of statewide spending projects.

“I'm going to support this proposal today because I believe all Oregonians should have access to childcare,” Gomberg said. “But I vote for it also with an awkward sense that once again, I'm being asked to sending money to important needs across Oregon, but more of it going to places other than my district.”

The Oregon legislature will reconvene for its next regularly scheduled session on January 19, 2021.