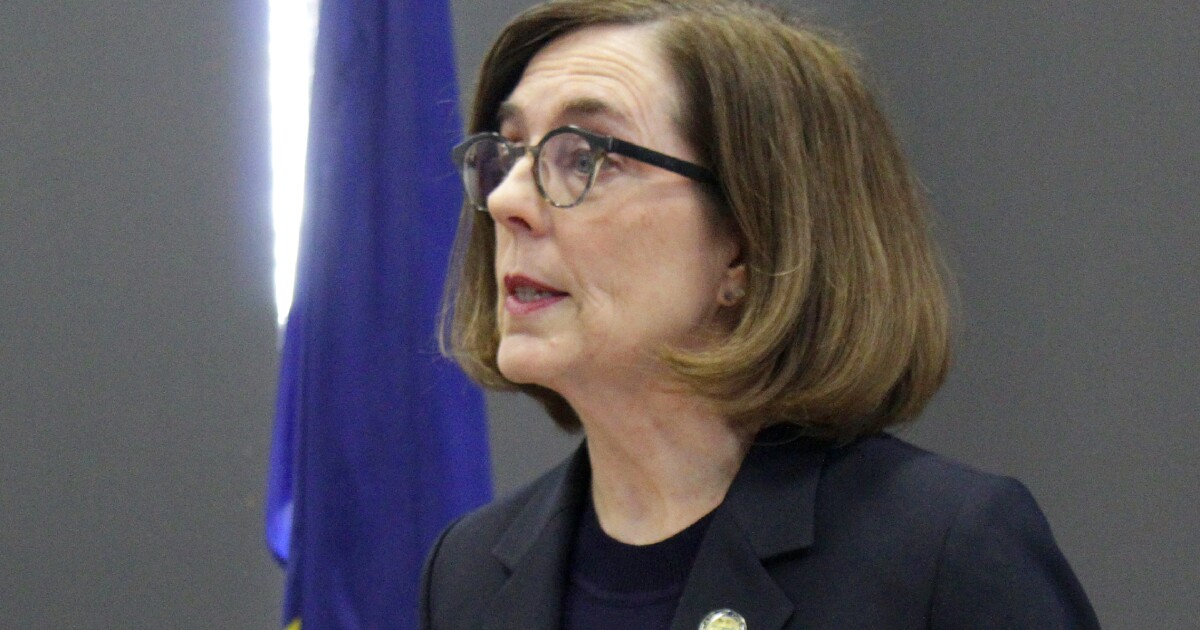 Oregon lawmakers have no idea when Gov. Kate Brown could call them back to the capitol, and the state’s emergency board is running short of time and money.

On Friday, the Oregon Emergency Board authorized $2.9 million for the Oregon Food Bank—just half of the $5.8 million the nonprofit asked for this month.

OFB officials estimate that it will likely see a shortfall of up to 7.6 million pounds of food by June 2021. One in six Oregonians, they reported, may be at risk of going hungry this year.

Legislative analysts said the $5.8 million would have supplied the OFB through at least May 2021, but voiced optimism more aid could be revisited in January.

Oregon Sen. Lynn Findley, R-Vale, was the lone no vote on the package, claiming that the OFB took a partisan position in criticizing a walkout protest orchestrated by Republican state lawmakers in February.

The walkout had to do fighting a carbon tax backed by Brown, but also delayed a vote on funding social services. Findley was among those who participated.

“Our statewide network of food banks is incredibly fortunate and proud to have earned the support of a broad, bipartisan coalition of elected leaders,” OFB CEO Susannah Morgan wrote. ”But we have no hope of achieving our shared mission to end hunger when half that coalition refuses to show up to work.”

His comments earned a rebuttal from Oregon House Speaker Tina Kotek, D-Portland, who worked for the nonprofit.

“I am not aware of any candidate-specific work that they do, so that is a very serious allegation,” Kotek said. “My guess is that if Democrats had walked out they would have had the same position.”

Friday's virtual exchanges mirror concerns voiced by state lawmakers over how they will work amid the COVID-19 pandemic.

Lawmakers like Kotek have floated the idea of having legislators convene under a “catastrophic disaster” which would allow them to meet virtually with only two-thirds present. Such a scenario would be up to Brown to declare.

But memories of this year's Republican walkout still linger for many lawmakers.

“Part of the the trepidation I think people have in using some of the untested structures we have for catastrophic sessions is that we don’t have enough trust that power won't be abused,” said Rep. Janelle Bynum, D-Happy Valley. “I think trust among the four caucuses is foundational. And if we don't build that, then it could be chaotic, and far more chaotic.”

Without another legislative session or more federal aid, the 20 members of the Oregon Emergency Board have few options available to them before the end of the statewide eviction moratorium on December 31.

The board has met six times since the legislature last convened on August 10 for a special session to balance the state budget and has spent all but $14 million of the $200 million in CARES Act money it was allocated.

Much of that money was put towards housing projects for wildfire survivors and chronically homeless this fall despite some reluctance across party lines.

Board members are only allowed to spend federal dollars and tap into the state's emergency cash reserves.

Amending the state budget is a privilege that falls to the full legislature which convenes at the behest of the governor or the request of a legislative majority.

Legislative analysts further warned lawmakers on Friday that the Oregon Health Authority and Department of Human Services will need their budgets rebalanced come next year as mentioned in Brown's budget proposal.

In lieu of a special session, Brown announced new interest waivers for 2019 taxes on small businesses impacted by the pandemic earning less than $5 million a year.

State lawmakers will convene for their next regular session in Salem, Oregon on Monday, January 11.