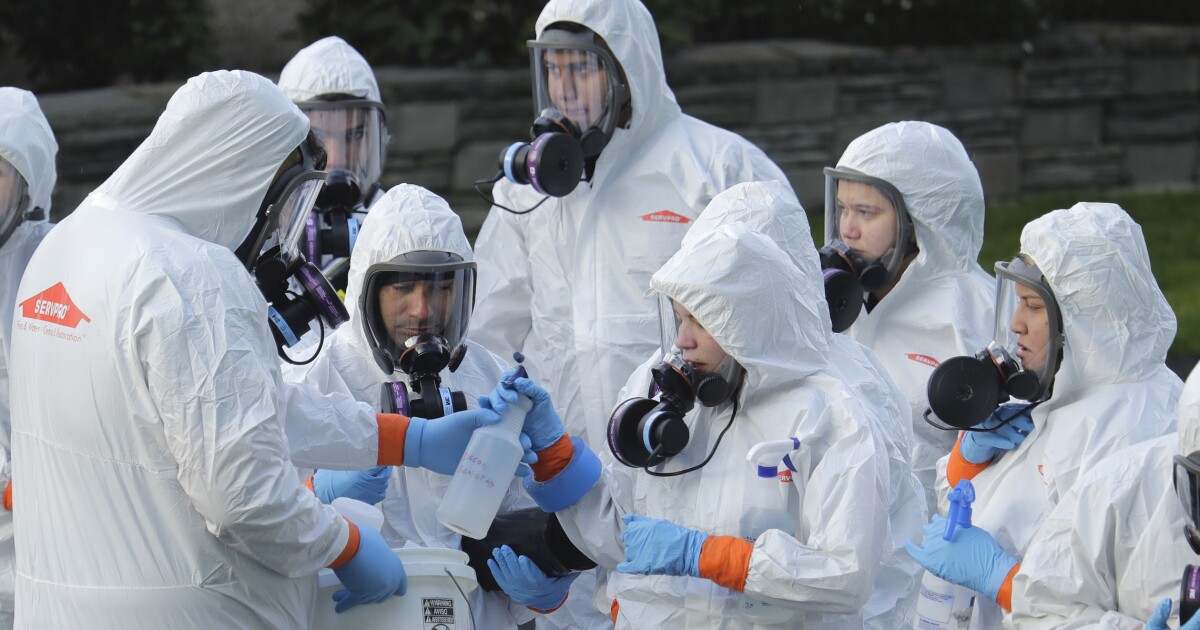 Oregon and Washington boast some of the lowest COVID-19 case rates in the country, but scientists fear that may not be the case for long as a new strain invades.

On Sunday, Tacoma-Pierce County Health Department officials announced a person diagnosed with a unique strain of the COVID-19 virus, B.1.1.7, had completed their quarantine period. The agency reported the person exhibited mild symptoms and is expected to recover.

First discovered in the United Kingdom in November, the strain is speculated to be more infectious than prior strains of COVID-19 and has yielded 195 reported cases of COVID-19 in 22 states, according to CDC data from Monday.

In Oregon, health officials said three people in the state have contracted the B.1.1.7 strain as of Monday in Multnomah, Yamhill, and Washington counties.

There is no conclusive evidence that B.1.1.7 is deadlier than older variants of COVID-19, but CDC officials expect the strain could emerge as the chief variant of the virus in mere months.

Research conducted by medical nonprofit Cold Spring Harbor Lab has concluded Pfizer and Moderna's two COVID-19 vaccines appear to be effective against the B.1.1.7 strain.

The B.1.1.7 strain was originally discovered by UK scientists using samples taken in September from Southeast England where the strain has spread rapidly.

U.K. Prime Minister Boris Johnson said on Friday the strain could be 30% deadlier than older variants of COVID-19.

Over the weekend, Public Health England boss Dr. Yvonne Doyle played down Johnson's statement, saying it was “not absolutely clear” whether the B.1.1.7 strain was any deadlier.

The U.K. government's Scientific Advisory Group for Emergencies abides by the policy of expressing “likelihood or confidence” in scenarios regarded as at least 50% certain. Those scenarios include the increased deadliness of B.1.1.7.

Those statistics have become a rallying cry for struggling business owners who have urged state lawmakers to relax health restrictions despite pushback from overwhelmed healthcare workers who fear a case surge.

In past days, the two states' vaccine rollouts have become the quickest in the nation, passing up neighboring California, Idaho, and Nevada.

Oregon has administered roughly 58% of its total vaccines on hand to 222,385 people while Washington has dolled out 53% of its vaccines to 370,231 people based on CDC data from Monday.

Still, the clock is ticking for both states to push more vaccinations as death tolls from the pandemic rise.

The death toll from the pandemic in Oregon stood at 1,882 people on Monday and 4,182 people in Washington.

Four more major vaccination sites have been set up in Washington with the help of companies including Starbucks. Oregon has opened sites at Oregon Health Sciences University and Portland's Oregon Convention Center.

As of Monday, both states remain in Phases 1a and 1b of their vaccine rollouts which include health care workers, people in long-term care facilities, and a range of correctional facility staff.

While Washington has begun vaccinating all seniors ages 65 and up—such as its very own Gov. Jay Inslee— Oregon teachers and school staff became eligible on Monday two weeks ahead of seniors.

Oregonians can look up their eligibility with the Oregon Health Authority's latest online tool.

On Monday, teachers working in Oregon's largest school district, Portland Public Schools, had not been scheduled for receiving their first of two doses. That is anticipated to happen next week.

The finer details of Phase 1c will be hammered out in both states in the coming weeks. Oregon's COVID-19 Vaccine Advisory committee is slated to release its final recommendations on Tuesday evening.