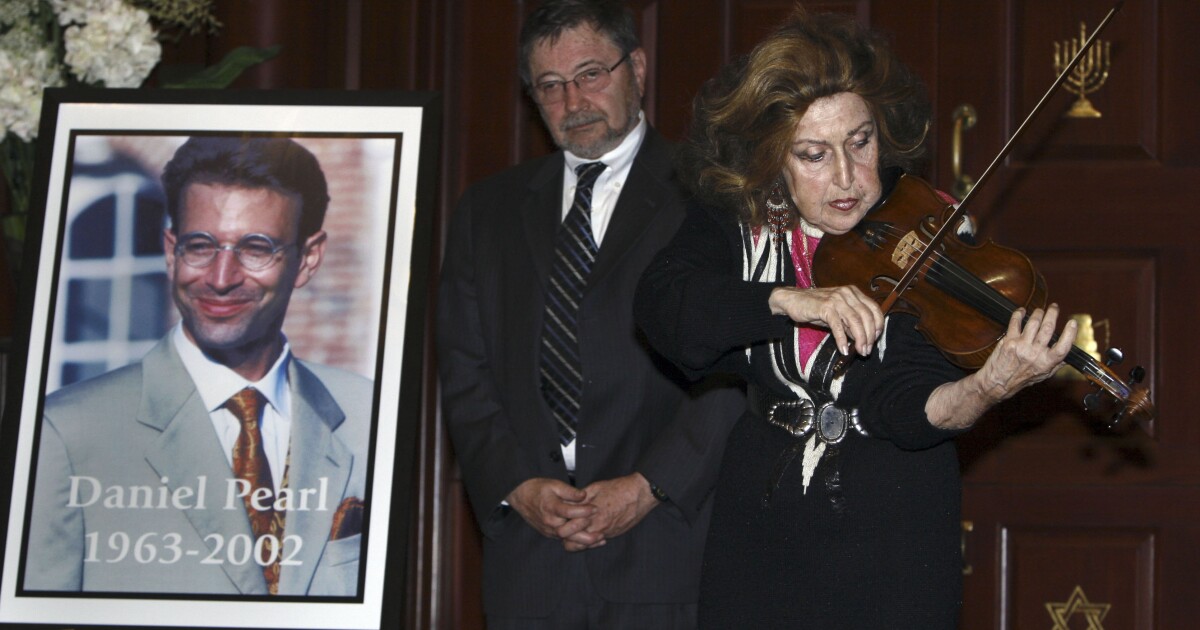 Pakistan’s Supreme Court has tossed all charges against the man believed to be behind the kidnapping and murder of Wall Street Journal reporter Daniel Pearl, who was captured and beheaded in 2002 as he investigated Pakistani terrorist groups in the wake of 9/11.

Pearl, a 38-year-old Jewish American, was in Karachi following leads on al Qaeda and Richard Reid, the British-born “Shoe Bomber.” After being abducted, Pearl was beheaded on video by al Qaeda operatives on Feb. 1, 2002.

In April of last year, a Pakistani court overturned the conviction of Ahmed Omar Saeed Sheikh, who was found guilty of the kidnapping and murder of Pearl. Sheikh had his death sentence voided by a two-person judicial panel, which tossed most of the charges against the British-born man and reduced his sentence to seven years. Sheikh has been behind bars for 18 years, and a Pakistani tribunal ruled in December that Sheikh must now be set free. Three other men convicted in the plot, Sheikh Mohammed Adi, Fahad Saleem, and Sayed Salman Saqib, also had convictions overturned last year.

Pakistani prosecutors and Pearl’s family went to Pakistan’s highest court, asking to keep Sheikh behind bars and reimpose his death sentence, but the court rejected their requests and dismissed all of the charges against Sheikh on Thursday.

“By a majority of two to one, they have acquitted all the accused persons and ordered their release,” provincial advocate general Salman Talibuddin said.

The Pakistani high court ordered Sheikh’s immediate release from jail if he is not wanted in another criminal case . Pakistani prosecutor Faiz Shah said he was disappointed in the decision, the Pakistani government would fight the ruling, and that it wasn’t yet known if Sheikh would be let out as the legal saga continues.

“The Pearl family is in complete shock by the majority decision of the Supreme Court of Pakistan to acquit and release Ahmed Omer Sheikh and the other accused persons who kidnapped and killed Daniel Pearl,” Pearl family lawyer Faisal Siddiqi told the Washington Examiner. “Today's decision is a complete travesty of justice and the release of these killers puts in danger journalists everywhere and the people of Pakistan. We urge the US government to take all necessary actions under the law to correct this injustice. We also hope that the Pakistani authorities will take all necessary steps to rectify this travesty of justice. No amount of injustice will defeat our resolve to fight for justice for Daniel Pearl.”

Sheikh’s lawyer, Mahmood Sheikh, said that “Our judiciary has shown it is free of any influence, no matter how strong that person or country may be” and claimed his client couldn’t be tried for these crimes by another country now.

In December, the Justice Department said the United States is willing to take custody of Sheikh and to try him in the U.S., with then-acting Attorney General Jeffrey Rosen saying, “We remain grateful for the Pakistani government’s actions to appeal such rulings to ensure that he and his co-defendants are held accountable. If, however, those efforts do not succeed, the United States stands ready to take custody of Omar Sheikh to stand trial here. We cannot allow him to evade justice for his role in Daniel Pearl’s abduction and murder.”

Pearl’s father, Judea, said on Christmas Eve that he and his wife “have full confidence in the Supreme Court of Pakistan to provide justice for our beloved son and reinforce the paramount importance of the freedom of the press.”

The Justice Department and State Department did not immediately respond to the Washington Examiner’s questions about what steps the U.S. might now take.

Georgetown University’s “Pearl Project” concluded in 2011 that up to 27 different men played a role in Pearl’s kidnapping and murder, including “a team of kidnappers” led by Sheikh and “a team of killers” led by 9/11 mastermind Khalid Sheikh Mohammed.

Mohammed was captured in Pakistan in 2003 and faced harsh interrogations at secretive CIA “black sites” before being transferred to Guantanamo Bay in 2006. He confessed to planning the 9/11 attacks in a March 2007 statement to the Combatant Status Review Tribunal and has not been charged for Pearl’s murder, though it is suspected it may happen after the 9/11 case is finished.

“I decapitated with my blessed right hand the head of the American Jew, Daniel Pearl, in the city of Karachi, Pakistan,” Mohammed has said.

Mohammed, a close ally of al Qaeda founder Osama bin Laden, is awaiting a death penalty trial for 9/11. It has been delayed by the coronavirus pandemic and a host of legal battles.