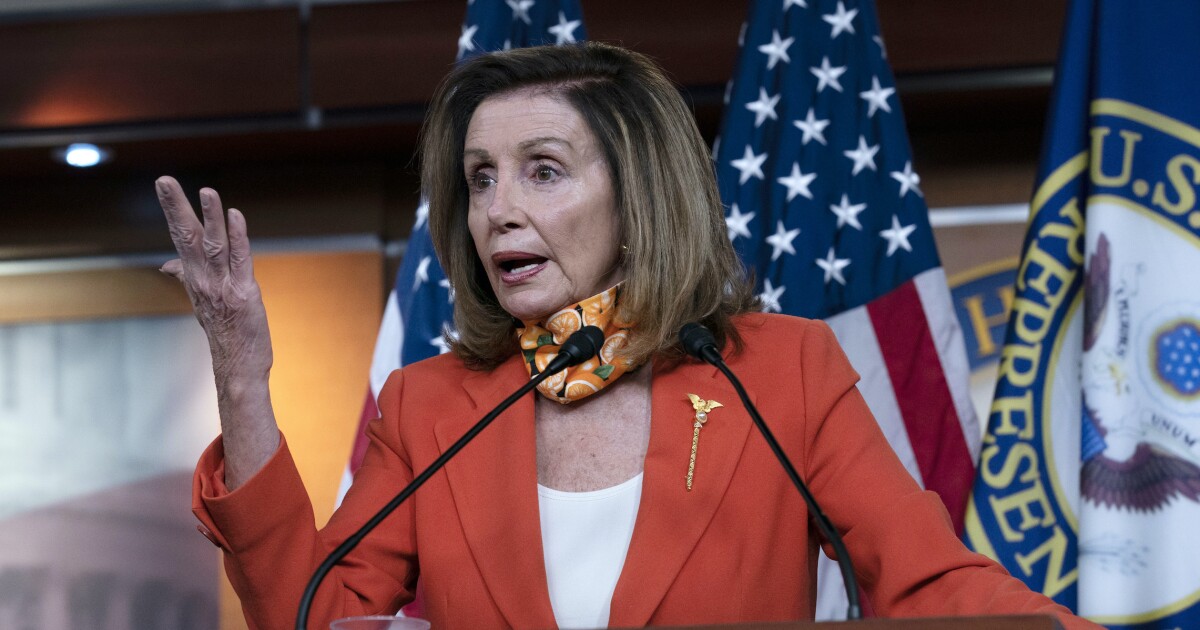 “We understand what the law is and the preeminence of the role of Congress and specifically the House of Representatives when it comes to counting the votes,” the California Democrat told NPR during a Monday interview. “But let’s not worry about that right now. We’re ready. We’re prepared.”

If the results of Tuesday’s presidential vote are unclear come Jan. 6 (more than two months after the election) the matter gets passed to the House where each state’s delegation would get one vote and a majority of states, at least 26, would be needed to win. The Senate would elect the vice president, with each senator getting one vote.

Pelosi said that she hopes that Biden will cruise to a clear victory and “dispel any thought” that he will not be sworn in on Inauguration Day, although she said the House is prepared for all contingencies.

“We’ve been ready for a while because we see this irresponsibility of the president, his disrespect for the Constitution, for our democracy and for the integrity of our elections. So we’re ready for him,” Pelosi added.

The final results of Tuesday’s election may be hampered a bit by the enormous amount of people who have voted by mail this cycle due to the coronavirus pandemic. Some 94 million ballots have already been cast ahead of Election Day, a massive figure that represents more than 68% of the total vote during the 2016 presidential election.

Most recent polls show the former vice president with a lead over Trump nationally and in the majority of crucial battleground states. A RealClearPolitics average of national polls has Biden leading the Trump by a 6.7-point margin.