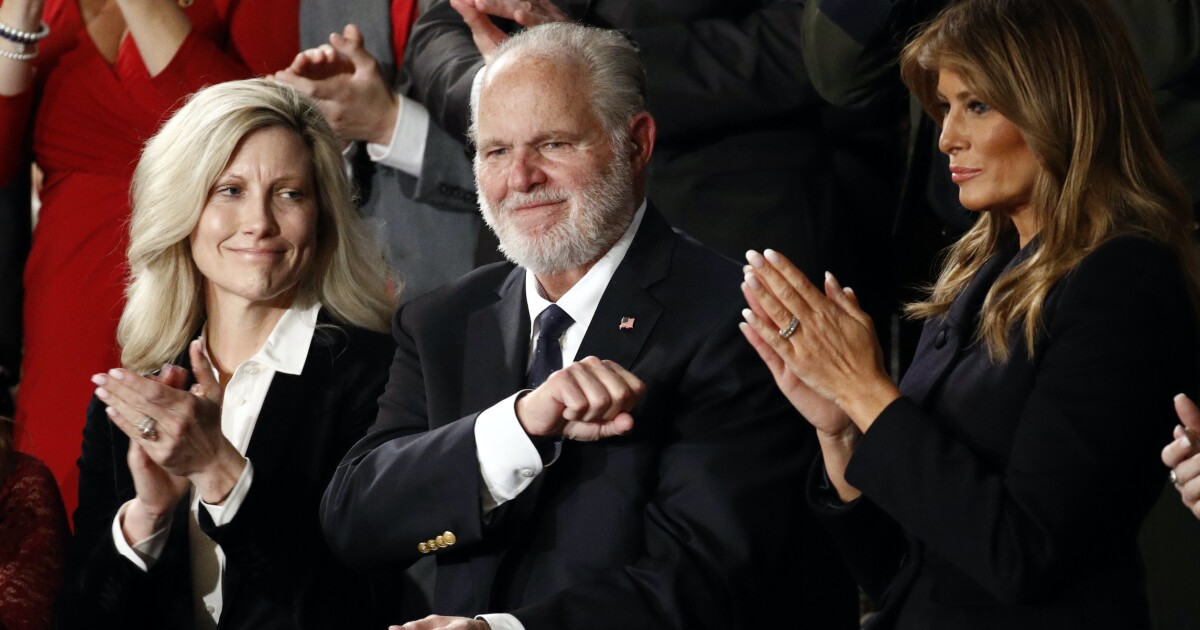 Former Vice President Mike Pence characterized Rush Limbaugh as “the anchor of conservatives” in reacting to the talk radio giant’s death on Wednesday.

“Today, America lost a giant with the passing of Rush Limbaugh,” Pence said. “Karen and I literally join millions of Americans in expressing our sympathy to Kathryn, his brother David, and the tens of millions of people across this country that loved and cherished his incomparable voice.”

Pence pointed to Limbaugh’s long legacy as inspirational to many in Congress, adding that Limbaugh was critical to his own rise to the vice presidency.

“During my years in Conservative talk radio, he was my daily inspiration and the gold standard on the airwaves as he sat behind the golden EIB microphone. During my years among House Conservatives in Congress, he was our greatest champion,” he continued. “And during my service as Governor and Vice President, he was the anchor of Conservatism, giving voice to a movement and fighting for the ideals that make America great.”

Pence, who hosted his own talk radio show called The Mike Pence Show, once described his own conservative broadcasting persona as “Rush Limbaugh on decaf.”

Limbaugh’s wife, Kathryn Adams Limbaugh, announced on the conservative personality’s radio show that her husband died Wednesday morning at his home in Palm Beach, Florida, after a battle with lung cancer.

Roughly one year ago, shortly after announcing his diagnosis, Limbaugh was presented with the Presidential Medal of Freedom by then-President Donald Trump during the 2020 State of the Union address.

Trump, who became very close with Limbaugh after announcing his run for the presidency, gave his first public interview since he left office to praise Limbaugh, calling in to Fox News to mourn the loss of the 70-year-old radio personality.

“It was a great honor to do so when we gave the Medal of Freedom. It was something special, it was an incredible night. We gave it during the State of the Union address, and it was especially — half the room, half the room went crazy, and the other half the room, they knew he should get it, but it was special and he was special,” he told Fox News host Harris Faulkner on Wednesday. “He was a unique guy, and he became a friend of mine. … He was just a great gentleman — great man.”