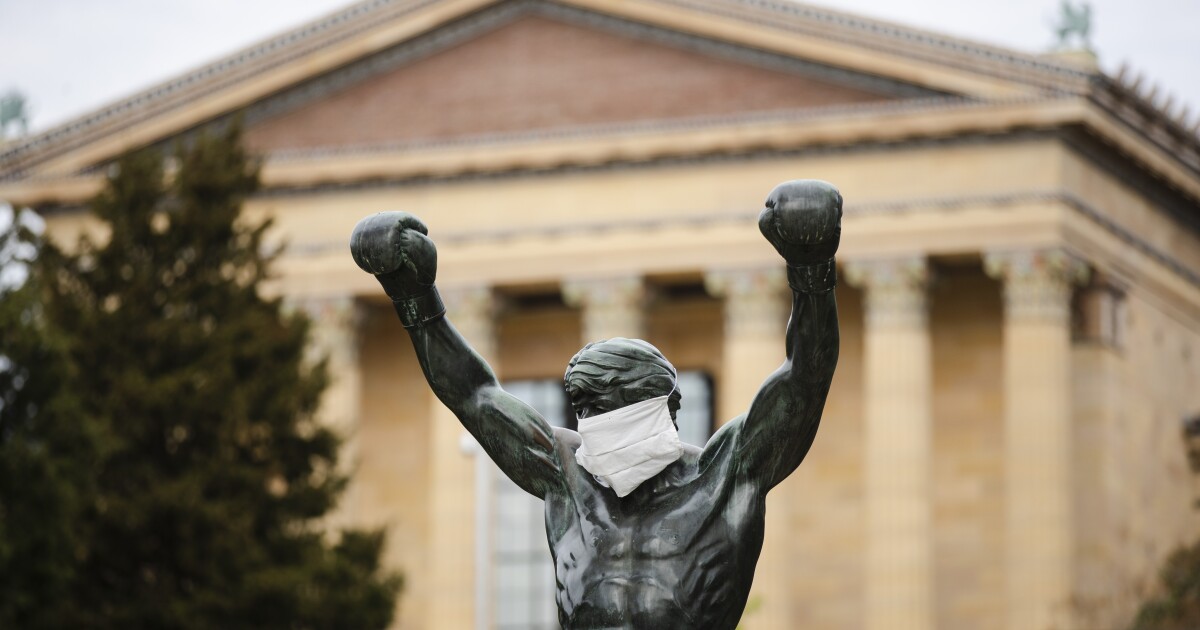 The Pennsylvania Department of Health said Tuesday residents should wear masks in all settings – even if socially distanced – and avoid traveling, if possible.

For those who leave the state and want to come back, Secretary of Health Dr. Rachel Levine advises testing negative for COVID-19 at least 72 hours before doing so. Those who don’t should quarantine for two weeks or until they receive a negative result.

The new guidance, in effect as of Friday, doesn’t apply to those who work across state lines or travel for medical care, Levine added. And it’s still up to local businesses to enforce the mask mandate.

“With freedom comes responsibility … and we all have a responsibility to work toward the common good,” Levine said. “And right now that means following the guidance to stop the spread of Covid-19 through out the state.”

The department reported more than 26,000 new cases of COVID-19 between Nov. 6 and Nov. 12 – an increase of more than 9,500 over the previous week. Testing positivity rates also spiked from 6.8 percent to 9.6 percent. The department has said anything over 5 percent is cause for concern.

So, too, are the rising hospitalizations across the state. The department said more than 2,500 residents are receiving inpatient care for the virus, of which about 22 percent are in intensive care. Levine said modeling shows the state could run out of ICU beds next month.

“COVID-19 is burning throughout our country … every single state in the country, from Maine to Hawaii, is being impacted,” Levine said. “What we are saying is, Pennsylvania is not an island … and we are seeing the impact of those increases from throughout the country.”

The new guidance comes just days after Gov. Tom Wolf participated in an emergency summit over the weekend with four other northeastern states.

Lyndsay Kensinger, a Wolf spokesperson, said Monday that the governor “did participate in the call last evening with Govs. Cuomo, Lamont, Murphy and Carney to discuss working together during this next phase of the COVID pandemic.”

“Topics ranged from travel, including for college students returning for the holidays, mask mandates, gatherings, testing, education, and sharing of resources and PPE,” she said. “These discussions will continue.”

Levine told reporters Tuesday there’s no plan to return to the color coded phases of restrictions – red, yellow and green – and that it's up to local municipalities to enact stricter regulations. She couldn’t say what conditions might trigger a statewide response as was seen in the spring.

“It’s impossible for me to predict the future in terms of what exactly conditions might exist,” Levine said.