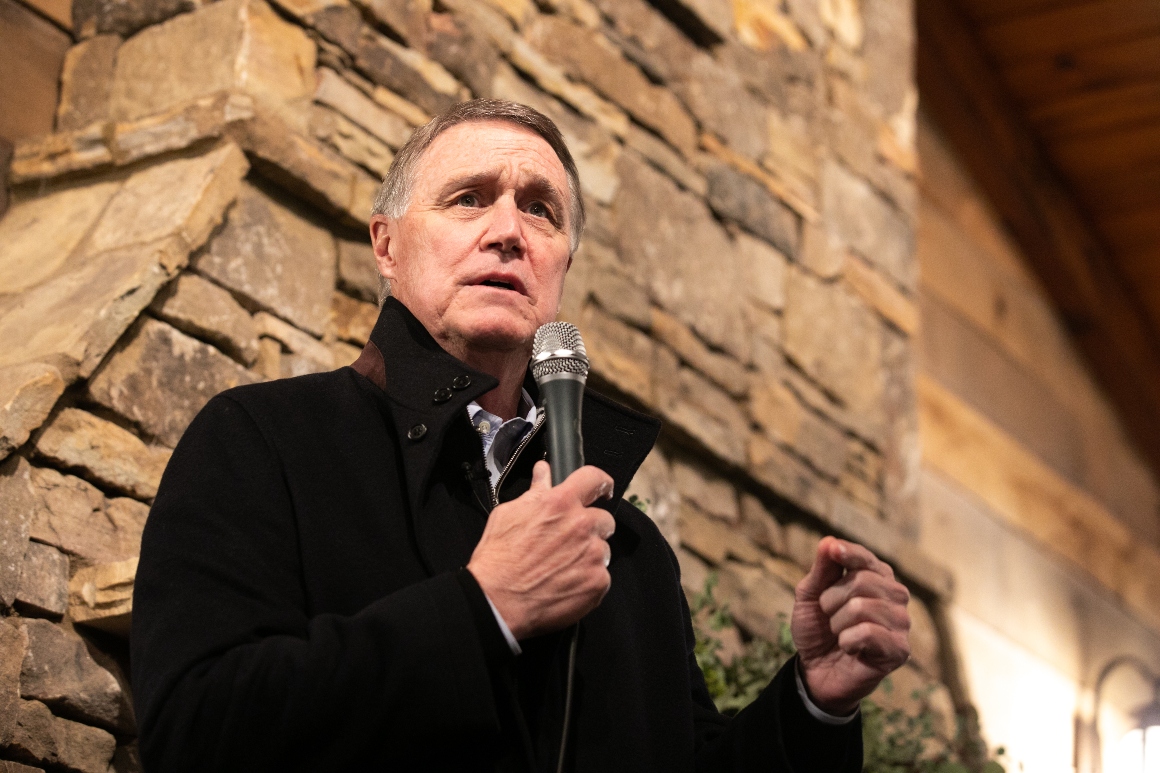 David Perdue speaks to the crowd during a campaign rally. | Jessica McGowan/Getty Images

Former Republican Sen. David Perdue will not run for Senate in 2022, he said in a statement Tuesday, ruling out another campaign in Georgia less than two months after losing a runoff election for a second term.

The decision comes just a week after Perdue filed a statement of candidacy with the Federal Election Commission and said publicly that he was considering another campaign in 2022. Democratic Sen. Raphael Warnock, who won a special election against former GOP Sen. Kelly Loeffler in January, is on the ballot again next year for a full term.

“This is a personal decision, not a political one,” Perdue said in the statement announcing that he would not run. “I am confident that whoever wins the Republican primary next year will defeat the Democrat candidate in the General election for this seat, and I will do everything I can to make that happen.”