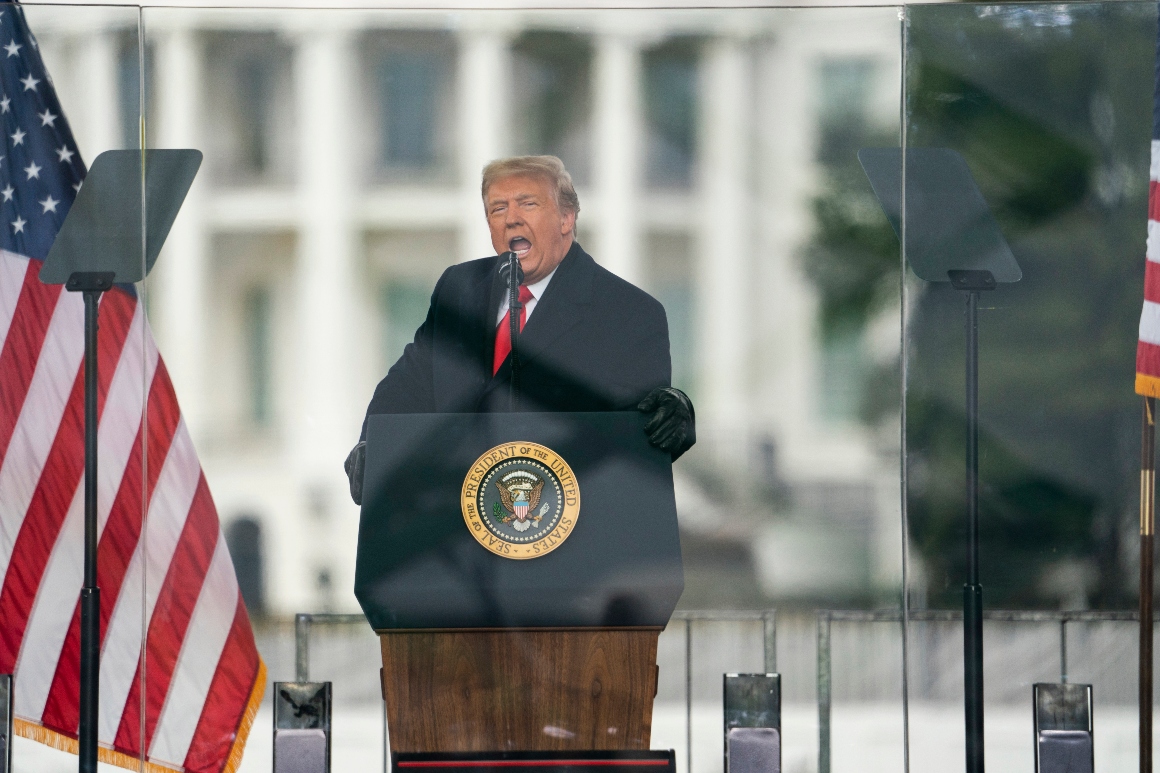 House Speaker Nancy Pelosi has rapidly moved forward with impeaching Trump for the second time in his four years in office — a first in American presidential history — after securing majority support in the chamber. An article of impeachment was introduced Monday, setting up a vote in the coming days unless Trump resigns or is removed by members of his cabinet via the 25th Amendment of the Constitution — outcomes that appear unlikely to occur.

Democrats, as well as a smaller contingent of Republicans, have demanded that Trump leave office prior to the end of his term next week in response to his actions in the run-up and aftermath of the riots, which so have have resulted in at least five deaths. A previous POLITICO/Morning Consult poll conducted in the hours after the assault on the Capitol found that six in 10 respondents held Trump most responsible for the violent episode.

President-elect Joe Biden has kept his distance from talk of Trump's impeachment, but said Monday that the president “should not be in office.”

Poll respondents by a 17-point margin said they believed Trump should resign from office, with 55 percent of those surveyed saying the president should leave versus 38 percent who want him to stick around.

Public opinion of the resignation question broke heavily along party lines. More than 85 percent of self-identified Democrats, as well as about half the independents, surveyed said Trump ought to resign. Fewer than one out of five Republicans agreed.

The parties were also nearly evenly split on Trump’s impeachment, with 81 percent of Democrats in favor of Congress moving forward while 84 percent of Republicans opposed the idea. Self-identified independents were also torn, with 44 percent opposed to impeachment proceedings and 41 percent in support.

The POLITICO/Morning Consult poll surveyed 1996 registered voters between Jan. 8-11, just days after the mob of Trump supporters stormed the Capitol and endangered the lives of hundreds of members of Congress, their staff and law enforcement officers.

Morning Consult is a global data intelligence company, delivering insights on what people think in real time by surveying tens of thousands across the globe every single day.

More details on the poll and its methodology can be found in these two documents: Toplines | Crosstabs