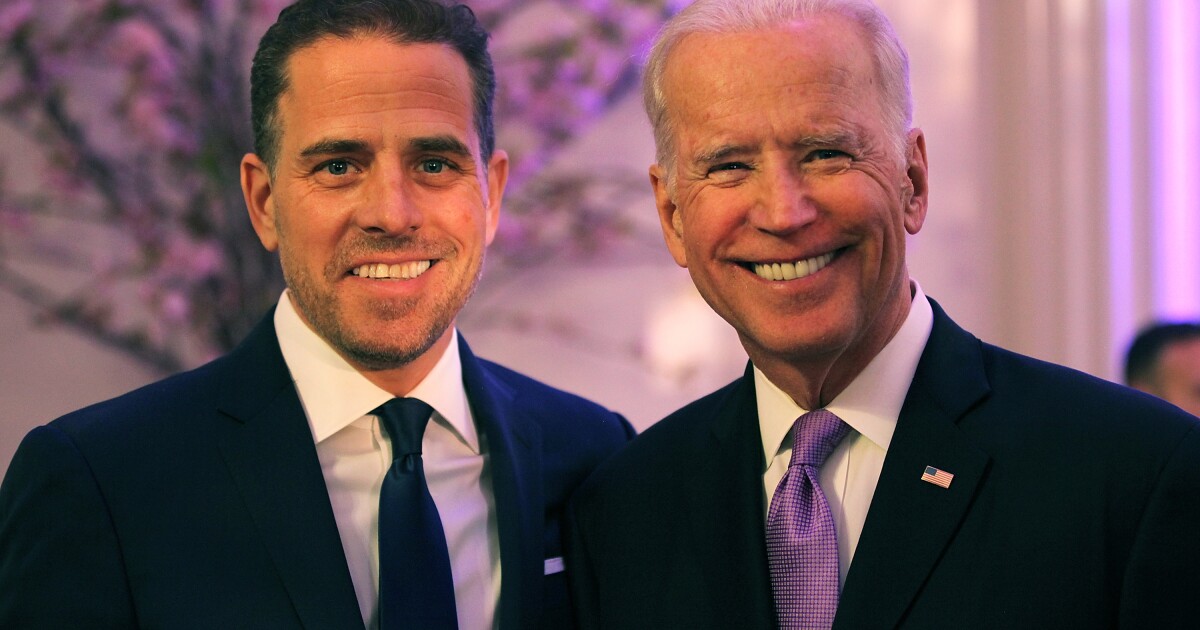 The White House still won’t answer basic questions about Hunter Biden’s role in a Chinese government-linked firm that has invested in companies sanctioned by the United States, despite a lawyer for President Joe Biden’s son saying he no longer holds his 10% ownership stake.

A reporter asked Psaki on Monday if the Biden administration would commit to transparency about Hunter Biden’s alleged divestment, including who bought his stake and for how much, and also pressed her on whether she stood by debunked claims that the president's son's laptop was Russian disinformation following the publication of a new book on the subject.

Chris Clark, a lawyer for Hunter Biden, told The New York Times in November that the president’s son “no longer holds any interest, directly or indirectly, in either BHR or Skaneateles.” He did not respond to the Washington Examiner’s questions, including how the younger Biden allegedly divested and how much money he made.

The question about Hunter Biden’s Chinese investments was asked in the context of the U.S. Strategy on Countering Corruption, a report issued Monday, which mentioned “transparency” three dozen times as it warned that “corrupt actors bribe across borders, harness the international financial system to stash illicit wealth abroad, and abuse democratic institutions.”

Biden issued a memorandum in June declaring “countering corruption” to be a “core U.S. national security interest” as he proclaimed that his administration “will lead efforts to promote good governance, bring transparency to the United States and global financial systems, prevent and combat corruption at home and abroad, and make it increasingly difficult for corrupt actors to shield their activities.”

The White House fact sheet on Monday declared that “corruption is a cancer” and that “corrupt actors and their facilitators rely on vulnerabilities in the United States and international financial systems to obscure ownership of assets.”

A review of BHR’s financial documents shows the firm had access to tens or hundreds of millions of dollars for Chinese and global investments and set up a complicated web of China-based and Cayman Island shell companies and subsidiaries.

Joe Biden said in December 2020 his family would not be involved in “any business, any enterprise that is in conflict with or appears to be in conflict with an appropriate distance from the presidency and government.”

Despite the brief November statement from Hunter Biden’s lawyer, the president’s son still appears to hold a 10% equity stake in BHR, according to Chinese business records. It is possible the records simply have not been updated yet.

Three Chinese business websites, run by Baidu , Qixin , and QCC , all show updates with Hunter Biden's name removed from the BHR board of directors in April 2020, but the sites currently show Skaneateles as still being a “sponsor/shareholder” with 3 million yuan, or $464,000, invested.

A report for Skaneateles, obtained by the Washington Examiner from D.C.’s Department of Consumer and Regulatory Affairs, still lists Hunter Biden as the “governor” for the company as of Oct. 20, when a $400 filing fee was paid. The address for the president’s son is listed in Culver City, California.

The public business records for Skaneateles on the DCRA’s website list Hunter Biden as the “executing officer” of the company with the same address. The records say the “entity status” for Skaneateles has been “revoked.”

George Mesires, another Hunter Biden lawyer, wrote a lengthy post on Medium in mid-October 2019, saying, “In October 2017, Hunter committed to invest approximately $420,000 USD (as of 10/12/2019) to acquire a 10% equity position in BHR, which he still holds. To date, Hunter has not received any compensation for being on BHR’s board of directors.”

The Wall Street Journal reported that “a portion of IPO proceeds due to Hunter Biden was credited instead toward repaying the debt” he owed to Wang Xin, a principal at BHR who told the outlet the lending was “perfectly legal, reasonable, and as far from corruption or any of the suggested fallacies as the sun is far from the earth.”

The Daily Caller cited emails on Hunter Biden’s hard drive and noted Joe Biden’s son had taken out a loan in July 2017 from one of BHR’s Chinese partners to fund his $420,000 investment in BHR. His business partner, Eric Schwerin, told him in November 2018 that BHR would receive a “significant distribution in 2019” in part because of BHR’s exit from CATL.

BHR has made extensive investments in multiple controversial Chinese companies, including Megvii, sanctioned in 2019 for its alleged participation in China ‘s repression and high-technology surveillance in Xinjiang, and the state-owned China General Nuclear Power Group, blacklisted in 2019 for having allegedly attempted to acquire U.S. nuclear technology for military use in China.