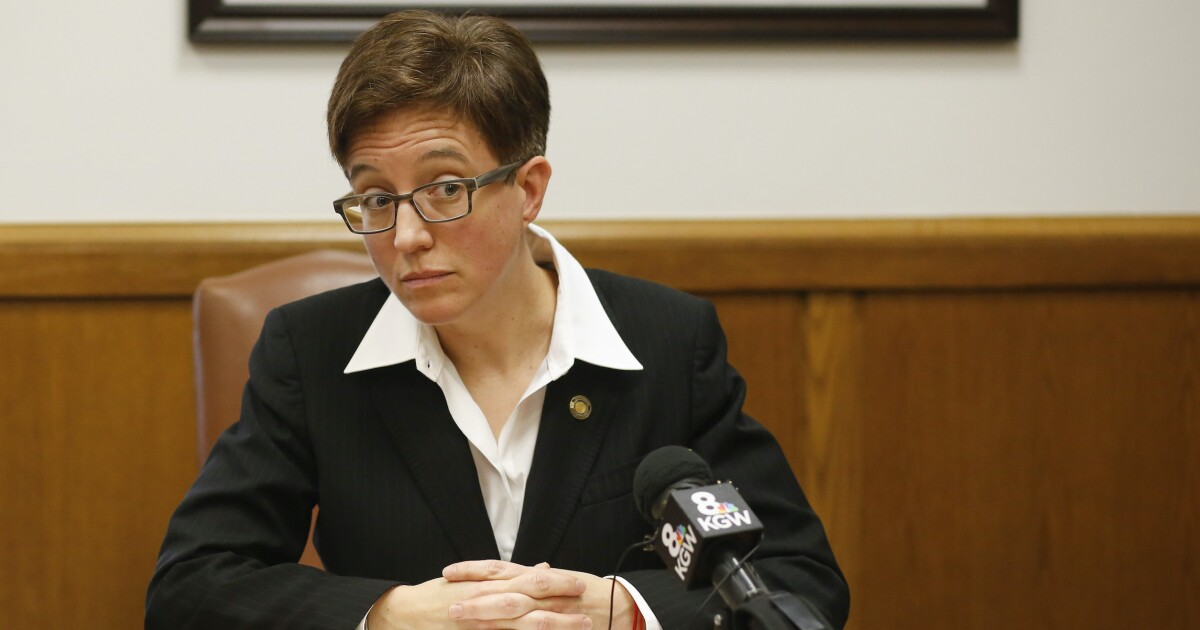 Bynum, a Black restaurant owner and an engineer by training, announced her race against sitting Oregon House Speaker Tina Kotek, D-Portland, in November.

Elected in 2017, Bynum is the chair of the House Judiciary Committee and said her run for speakership was intended to champion Oregon entrepreneurs and include more Oregonians in a process too often characterized by closed door discussions.

“I was just a mom who was really interested in funding education and standing up for small businesses,” Bynum said. “I noticed that even though I was there at the table, I felt like there was more going on that I just couldn't put my finger on. And I didn't feel like that was healthy for the political process.”

A self-described fiscal conservative, Bynum has expressed reluctance to dive into Oregon's $949 million in emergency cash reserves should the pandemic persist.

The fiscal impact of the pandemic is personal for small business owners like Bynum who also wants to tackle unemployment insurance taxes in 2021.

“So we try to operate with our long-term focus, but nothing for us has ever been guaranteed,” Bynum said. “Every day, it's always a tightrope. I just never know what what issue is gonna come around the corner, knock me off.”

Bynum intended to face off against Kotek in a January floor vote in which she would have had to win a considerable number of Republican votes.

Kotek, an ex-policy advocate for the Oregon Food Bank, has served as House speaker since 2013 and won her party's nomination for the role back in November.

Democratic House leaders promised on Monday to include Black, Indigenous, and lawmakers of color in leadership roles with more staff support going forward.

The two House leaders said the chamber will add language translation services for constituents and prioritize the needs of BIPOC communities in its budgetary decisions.

“For years, Rep. Bynum has refused to accept the status quo systems of power in the state,” the statement read. “Individually, these are modest steps. We will be deliberate and intentional in the steps we take to confront Oregon’s racist past, we will follow the lead of BIPOC leaders, and we commit to a brighter future for every Oregonian.”

Bynum tweeted on Monday that she eventually intends to run for House speaker again.

“Until that day comes, I will continue to lead with dignity, a sense of fairness, an eye for our collective economic prosperity, and a deep, unbridled love for the children of this state,” Bynum said.

Oregon lawmakers are still expected to reconvene in person this month despite Kotek's prior support for a virtual session much like the Emergency Board has done in the past year.

Such a scenario would have Gov. Kate Brown declare a “catastrophic disaster” allowing as little as two-thirds of the legislature's members to meet online. Some fear such a scenario could set precedent for elbowing lawmakers out of the political process.

Oregon lawmakers will reconvene on Monday, January 19 at the Capitol in Salem for a six-month-long session concerning pandemic relief, police reform, and small business assistance, among other issues.