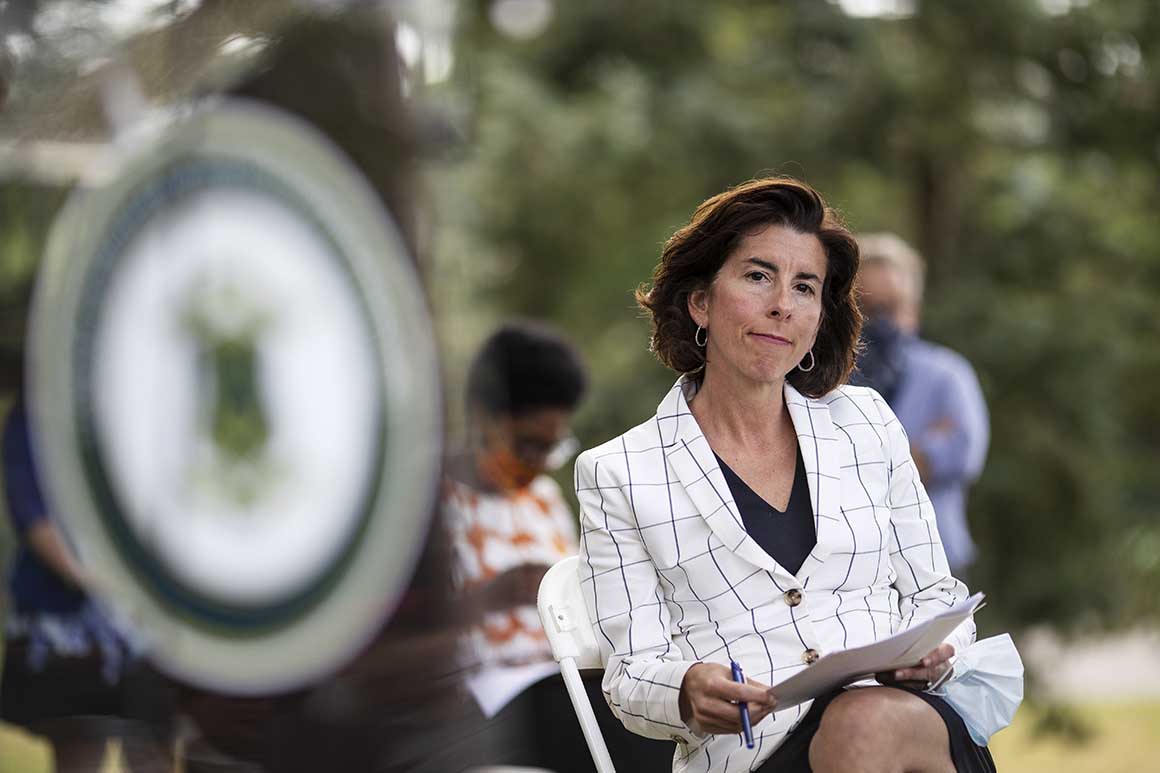 Former Surgeon General Vivek Murthy, also once seen as a top HHS candidate, is already planning to return to the surgeon general role with a broader portfolio that includes serving as a leading voice in the administration’s pandemic response.

Biden had been planning to roll out a slate of senior health care picks as early as Monday that included his choice for HHS secretary — a consequential Cabinet position for an administration that will immediately confront the spiraling coronavirus crisis.

The incoming administration has spent weeks deliberating over the health secretary job, hoping to find a candidate with both the managerial experience to oversee the sprawling department and the trust of a president-elect who has prioritized close relationships in filling a series of high-level jobs across the federal government.

Raimondo, 49, had impressed the Biden team this summer when she was vetted as a potential running mate, two sources close to the transition said. That put her in contention for multiple Cabinet roles, including at HHS and Treasury. She also boasted extensive experience running government bureaucracies, first as Rhode Island's treasurer and in her current role as governor.

But news of Raimondo's candidacy on Wednesday prompted immediate fury from progressive groups over her past as a venture capitalist and record in state government. As treasurer, Raimondo in 2011 spearheaded legislation slashing pension benefits, an effort vehemently opposed by unions. More recently, she drew criticism over a decision to grant nursing homes immunity from liability for resident injuries and deaths during the pandemic.

Raimondo is also facing a major resurgence of Covid-19 cases in her state that forced her to institute a two-week “pause” that shut down certain businesses and limited indoor dining.

“The data is very concerning, there’s no other way for me to say it,” she said on Thursday. “This wave certainly seems to be much more dangerous than what we experienced in the spring.”

Raimondo won widespread praise early in the pandemic for her aggressive moves to ramp up testing and bring the virus under control. But her standing has eroded in some corners over the last few months, after Raimondo pushed to reopen schools ahead of another sharp rise in cases.

As Raimondo took herself out of contention, members of the Congressional Hispanic Caucus during a Thursday call urged senior Biden officials to give Lujan Grisham another look.

Each lawmaker on the call supported her for HHS secretary, citing her work on health care as governor and in the House, according to sources on the call. The Biden officials spoke highly of Lujan Grisham, they said, and caucus members left believing their push had been well-received.

Rep. Ben Ray Luján, who last month was elected to the Senate, also said members were bothered by reports this week that Lujan Grisham was losing support with the transition after rejecting an offer to be Interior Department secretary, according to a source on the call. Biden's incoming chief of staff Ron Klain agreed they were unacceptable and vowed to clamp down on leaks.

Later Thursday, Lujan Grisham was elected chair of the Democratic Governors Association, which was seen as a formality and doesn't preclude her from joining Biden's Cabinet. She had been in line for the position as the governors group's previous vice chair.

Tyler Pager and Laura Barrón-López contributed to this report.

Ige wants to give Hawaiians $100 refunds