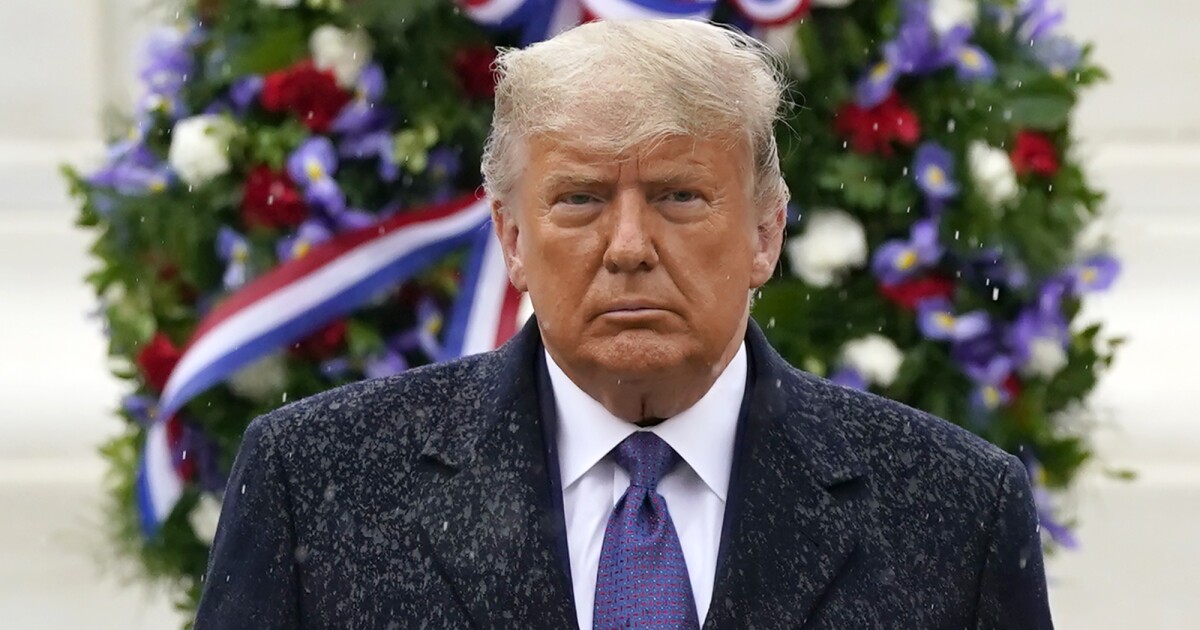 Republicans should have every reason to be satisfied. They won support from voters of every ethnic background as identity politics was comprehensively rejected. Their down-ballot candidates fared well, outperforming President Trump nationally and in key states. The GOP made gains in the House and ought to hold the Senate.

Yet, incredibly, they risk throwing it away. At best, their refusal to accept the presidential election result looks petty and graceless and risks what ought to be two comfortable Senate wins in Georgia. At worst, it undermines the legitimacy of America’s institutions.

Let’s start with Georgia. The GOP ought to be strolling to victory in the two outstanding Senate elections. Georgia’s Democrats won’t be boosted by an exceptional national turnout next time. The election will be about the local candidates, not about Trump. Once the focus swings back to what they stand for, the relative nuttiness of the Dems, one of whom hosted Fidel Castro at a church meeting in 1995, will become a factor.

Georgian voters are a sensible and level-headed lot: They understand the difference between a Democratic Senate dragging Biden to the far left and a Republican Senate pushing him toward the moderation that most people favor. In normal times, the Republicans wouldn’t just be ahead in the Peach State; they’d be inflicting the kind of hammering that Georgia’s Democrats last suffered in 1864 at the hands of Gen. Sherman.

The surest way to jeopardize that outcome is to replicate the conditions of Nov. 3 — that is, to make the election all about Trump. Yet that is what the party risks doing with its unsubstantiated allegations of fraud and a stolen election.

No one questions the right of a losing candidate to check that procedures were properly followed. I don’t much care for the recent rise in lawfare — that is, the almost automatic tendency of the losing side to challenge the count. But for better or worse, it has become part of the election cycle.

Until now, though, the challenges had some basis. It is not enough to say, “I don’t like this outcome, so it must be crooked.” Yet that is what Trump was saying even before the first ballot had been cast.

His peevishness is unsurprising. Trump has a toddler’s inability to accept that he isn’t No. 1. Whenever anything goes against him — a business negotiation, a court case, a TV award ceremony — he alleges that the rules were rigged. In 2020, as in 2016, he stated in advance that if he lost, it would be through fraud.

To which lots of decent and principled conservatives tend to say, “Yup. Well, that’s Trump for you.” Those who ask why he gets an automatic pass tend to be written off as literal-minded, unsophisticated, or missing some elemental truth. As long as Trump was delivering good things, and, without question, he did deliver some good things, it was not quite the done thing in conservative circles to dwell on his character flaws.

I never understood why. When a president undermines the electoral system, he endangers the republic. The chief executive is the one person who should never be given a pass. We should set higher standards for him, not lower ones.

Let me spell this out. Civil wars happen not when people disagree about what to do but when they disagree about who has the right to issue orders. In the United Kingdom, officeholders swear an oath to the crown because it stands above politicians and parties. In the United States, that function is performed by the Constitution, which is why successive generations have sacralized the document, hanging it like a holy relic in the National Archives and making their representatives swear oaths to it.

One of the things that makes the U.S. different from, say, Libya or Syria is that people’s loyalty is to the system, not to a particular faction. When you state it like that, you realize how fragile and contingent it is. Human beings are hierarchical creatures. We respond more readily to flesh-and-blood leaders than to old pieces of parchment.

Republicans, as their name suggests, are supposed to uphold republican institutions. They are meant to understand that laws are sustained by an intricate latticework of unwritten norms, behavioral codes, and precedents. My sense is that most elected Republicans do understand this and believe that Trump lost squarely. But they won’t say so for fear of their audience.

This is precisely what Franklin meant by “if you can keep it.” Subordinating the authority of the electoral process to an individual is precisely the two-bit Caesarism that the founders warned against. Please, America, don’t go there.