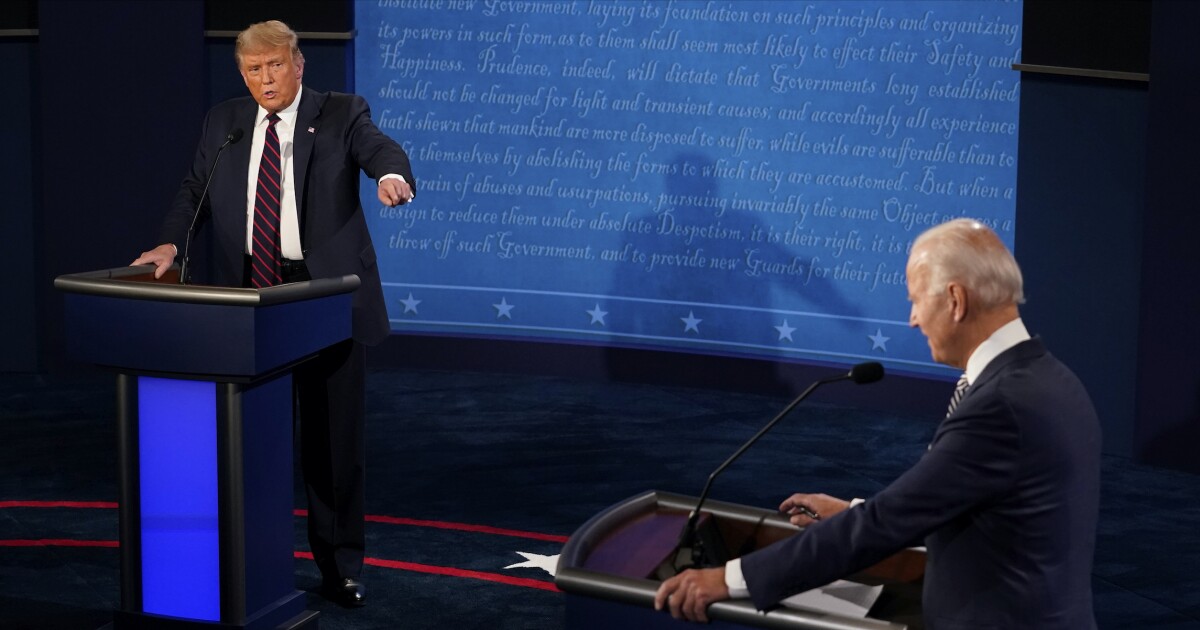 President-elect Joe Biden’s campaign, along with many in the media, dismissed the Hunter Biden laptop story, which emerged in October as part of a Russian disinformation operation, without evidence.

Concerns about the younger Biden erupted into the broader sphere this week after multiple outlets reported that he is being investigated in connection to his taxes and overseas business dealings with China and other countries in an inquiry opened as far back as 2018.

Earlier this year, during a presidential debate, Joe Biden had dismissed the laptop emails as part of a “Russian plan” and inaccurately cited a letter from dozens of former intelligence officials.

Biden declared: “There are 50 former national intelligence folks who said that what [Trump's] accusing me of is a Russian plan [or plant].”

Trump retorted, “You mean the laptop is now another ‘Russia, Russia, Russia' hoax?” Biden said, “That’s exactly what I was told.”

Biden was referring to a Politico report that over 50 ex-intelligence officials, including Obama CIA Director John Brennan, signed a letter in an article by Natasha Bertrand titled “Hunter Biden story is Russian disinfo, dozens of former intel officials say.” The title was misleading because the signatories never called the laptop “Russian disinformation” — they cited another article claiming that “federal authorities are investigating whether the material … is part of a smoke bomb of disinformation pushed by Russia” but said that “we do not know whether these press reports are accurate.” The officials claimed the laptop “has all the classic earmarks of a Russian information operation” but admitted that “we do not have evidence of Russian involvement.”

Director of National Intelligence John Ratcliffe said that “there is no intelligence that supports that, and we have shared no intelligence with Chairman Schiff or any other member of Congress that Hunter Biden’s laptop is part of some Russian disinformation campaign.” A senior intelligence official told the Washington Examiner that “the IC and DOJ are in lock-step on this: there is absolutely zero evidence or intel that the laptop or the information contained therein is a Russian op.” A federal law enforcement official confirmed with the Washington Examiner in October that the FBI and DOJ agreed with Ratcliffe. An intelligence official reaffirmed the intelligence community's position Wednesday.

John Paul Mac Isaac, the computer repair shop owner who came into possession of Hunter Biden's computer, told the New York Post he made a copy of the hard drive and provided it to a lawyer for former New York City Mayor Rudy Giuliani and to federal investigators.

Giuliani defended Trump throughout impeachment and worked with sources, including Ukrainian lawmaker Andrii Derkach, to push allegations that Hunter Biden abused his power in Ukraine.

Bill Evanina, who leads the National Counterintelligence and Security Center, released an intelligence assessment in August warning Russia was trying to “denigrate” Hunter Biden and Derkach was “spreading claims … to undermine” him. The Treasury Department sanctioned Derkach, but there's no evidence the laptop was connected to Derkach or Russia.

House Intelligence Committee Chairman Adam Schiff repeatedly declared on CNN that the laptop was a Russian plot, claiming without evidence that “this whole smear on Joe Biden comes from the Kremlin.”

Mac Isaac posted a video on Saturday in which he said that “it’s completely absurd that anyone would ever consider me to be a Russian agent or influenced by Russia.”

James Rosen of Sinclair Broadcasting reported in October that “a Justice Department official confirms that in 2019, the FBI opened up a criminal investigation into ‘Hunter Biden and his associates,’ focused on allegations of money-laundering.” Fox News reported then that “the FBI’s subpoena of a laptop and hard drive purportedly belonging to Hunter Biden came in connection with a money laundering investigation.”

Biden allies rejected those claims. A Biden campaign lawyer, Richard Sauber, said that “criminal investigations of Russian disinformation campaigns that include the witting participation of American citizens like Rudy Giuliani often involve investigation by the FBI of whether the American has received payment for these activities that would implicate the Federal Money Laundering statutes.”

But Politico reported this week that “investigators in Delaware and Washington were … probing potential money laundering and Hunter Biden’s foreign ties.”