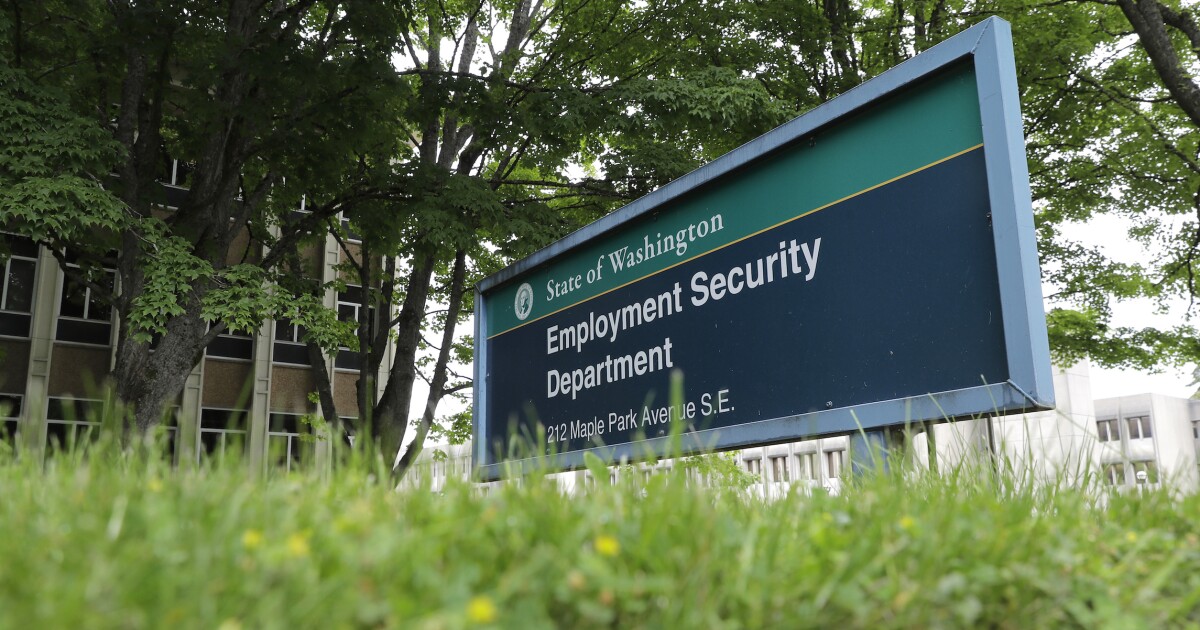 The Washington Employment Security Department was unprepared to stop $600 million in fraudulent claims from being paid out and misreported what was recovered, a new state audit finds.

Last spring, the department reported scammers had made off with $576 million in bogus payments using stolen identities to submit 71,980 claims suspected or known to be fraudulent.

On Thursday, the ESD adjusted those numbers to a total of $600 million in bogus payments and 122,000 suspected or known fraudulent claims based on data from June 30, 2020.

Findings released on Friday by Washington State Auditor Pat McCarthy say IT problems and ill-advised practices left the department unprepared to catch so many bogus claims.

Under federal guidelines included in the CARES Act and by order of Washington Gov. Jay Inslee, the ESD in March waived the standard “waiting week” it would use to verify claimants' eligibility for unemployment benefits.

McCarthy writes that scammers were more likely to get bogus claims past the department's 2,000 employees as a result.

According to the audit, the ESD's fraud detection software was not working at the time and missed most of the bogus claims when it was working again in May. The ESD operates on a biennial budget of just $2 million, McCarthy writes.

According to McCarthy's findings, the ESD has recovered roughly $250 million of the stolen money since June with $350 million still left to retrieve.

Those totals fall below the numbers released by the ESD on Wednesday which showed the department had recovered $357 million in all.

“The audit found ESD originally reported incorrect numbers for the state’s financial statements because it planned to account for and investigate the fraud in its entirety during the next fiscal year,” McCarthy wrote.

McCarthy said that fraud cases at the ESD will still be the subject of investigation for the foreseeable future.

“This audit is a building block – it is the first in a series that will examine the fraud at the ESD,” McCarthy said. “We are still learning about what happened and vetting the information. I expect more clarity in the months to come.”

Washington lawmakers see the ESD's woes as an opportunity to address bigger technological challenges ahead.

“I do believe that we are going to have to pay more attention and put more investment into cyber security for our agencies and will expect some requests from ESD with help on that,” said state Rep. Mike Sells, D-Everett, chair of the Washington House Committee on Labor and Workplace Standards.

The ESD reported this week that Washington's Unemployment Trust Fund was sitting at $1.96 billion on November 30—down from $4.7 billion in March when the pandemic hit the state's economy.

Of the $12 billion in total payments the ESD has paid out since March 8, 70% was supported through federal stimulus.

In October, it reported that the fund will remain solvent for seven more months, sparing employers from insolvency taxes of as much as 0.20% in 2021.

Around 6% of Washington's 3.8 million workers were unemployed in November, according to ESD data from Wednesday—almost double the rate from November of 2019. It takes 70% of claimants about a week to receive payment the ESD reports.

It is unknown how jobless rates will fare under Inslee's partial shutdown which expires on January 4.

Another state audit of the ESD is expected to be completed by the first quarter of 2021.