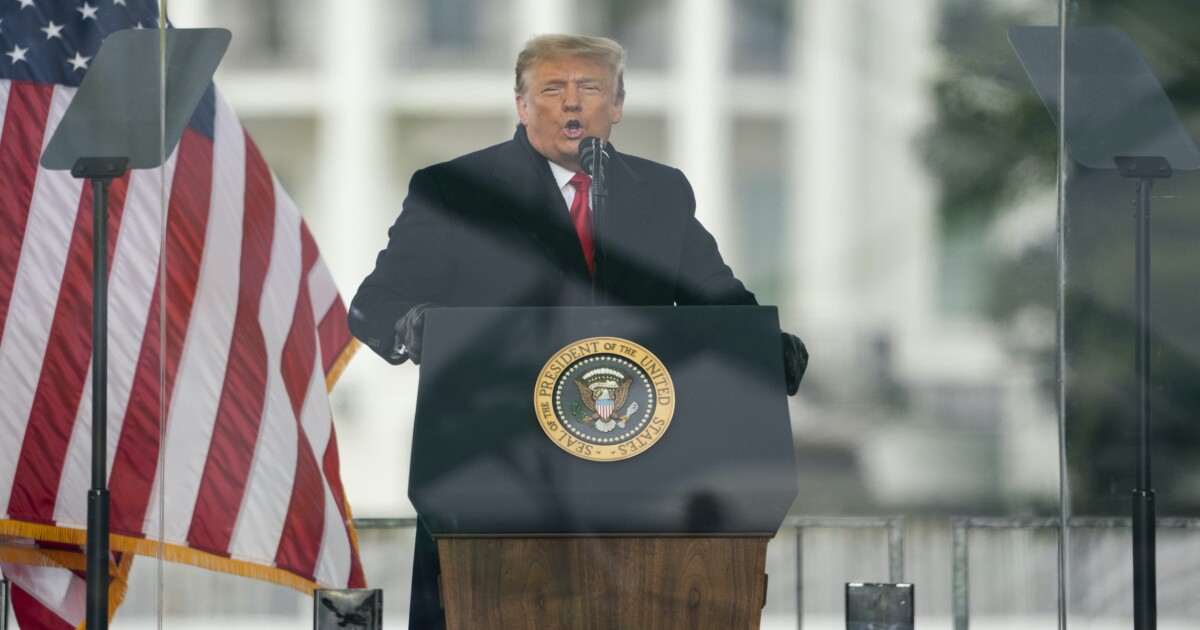 “This is designed to be a deliberative, not an impulsive act of Congress,” Turley told Fox & Friends on Sunday. “The framers made it very difficult, and what is being suggested now is virtual snap vote on the floor of the House of Representatives, an issue that really does need to be deliberated.”

House Democrats will introduce articles of impeachment this week, alleging the president ” willfully” incited violence on Wednesday, at a speech hours before protesters stormed the Capitol complex.

Turley argued Trump’s “reckless” speech to thousands of his supporters “does not give a clear basis for the charges of insurrection or incitement.”

“Speeches encouraging people to go to state and federal capitols to protest what is going on inside happen all the time. … That’s not an invitation to riot,” Turley said, arguing that the statements were “political speech” and would be protected both under Supreme Court precedent and the First Amendment.

“If you’re going to impeach someone over a speech, it’s a type of vicarious impeachment. You’re saying, ‘You gave a speech while you didn’t call for rioting, but people did riot.' Is that the standard going forward, where a president gives a speech where supporters get out of hand, commit crimes they can be removed from office?”

The law professor made a “cautionary note,” warning Democrats were creating a dangerous precedent that could be used against them when Republicans gain back control of Congress, and said the call for Vice President Mike Pence and the Cabinet to remove Trump using the 25th Amendment was an example of a focus on the “remedy, not the standard.”

The 25th Amendment allows the cabinet to remove the president if the president is “unable to discharge the powers and duties of his office.” Turley argued that Trump’s speech does not necessarily meet that standard.