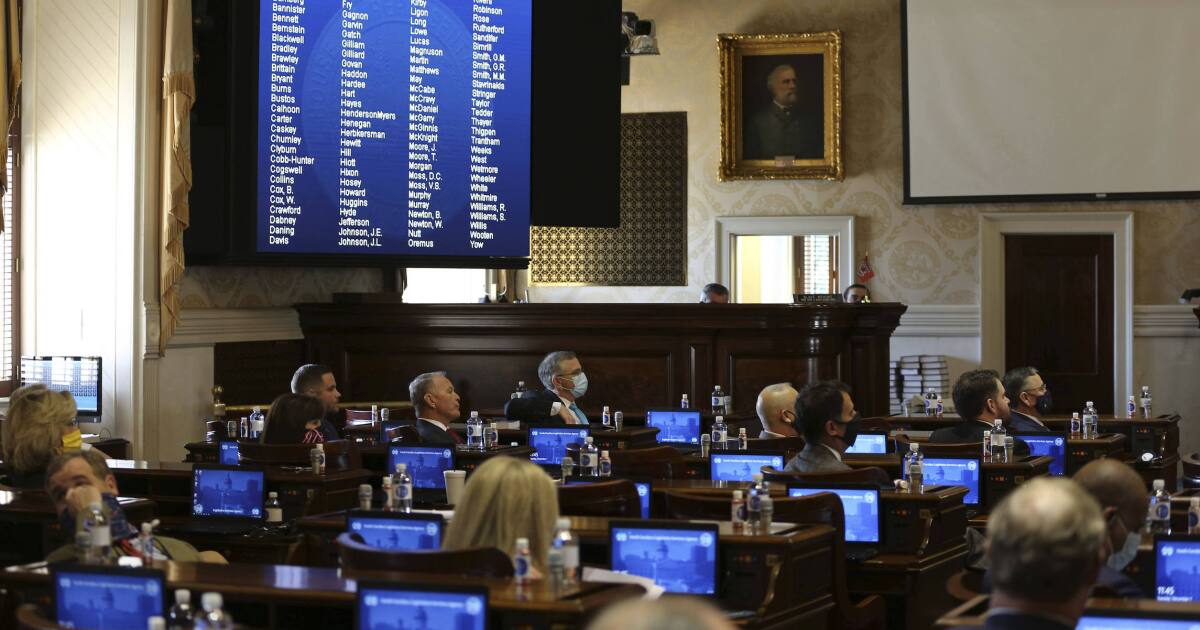 South Carolina lawmakers will return to Columbia on Tuesday to begin the 2021 legislative session, and more than 800 pieces of legislation already have been filed for the General Assembly to consider.

Gov. Henry McMaster is scheduled to deliver the state of the state address at 7 p.m. Wednesday.

The South Carolina Legislature will consider and pass a state budget in the session, beginning by taking up McMaster’s budget proposal, which he released last week.

McMaster is proposing $3,000 pay raises for all public school teachers, $123 million in small business relief and $500 million for the state’s rainy day reserve fund and more. Because of the COVID-19 pandemic, lawmakers chose to fund the state government by a continuing resolution last year, maintaining funding at 2019 spending levels.

Lawmakers will continue to discuss whether to sell, manage or reform the state-owned utility Santee Cooper. Senate Finance Committee Chairperson Hugh Leatherman called last month for the state to divest from Santee Cooper if a change in leadership does not occur.

Ellen Weaver, president of the conservative think tank Palmetto Promise Institute, told The Center Square tax reform is one of the organization’s top priorities for 2021.

South Carolina’s 7% individual income tax rate is the highest in the southeast, according to the Tax Foundation. The 7% rate applies to income as low as $15,000 per year.

“Tax reform is, I think, one of the most foundational things that we could do to prepare South Carolina for economic success in the future,” Weaver said. “We simply aren't competitive in terms of tax policy. We're going to lose more jobs and more opportunity to our competitors in North Carolina, Tennessee and Georgia, if we don't get in the game and lower our individual income tax rate.”

Weaver said Palmetto Promise Institute also will be working with members of the Legislature to pass legislation allowing public funds to follow students to use to attend schools of their choice – a framework known as education scholarship accounts.

“We are going to be working hard with lawmakers in both bodies to make sure that education scholarship accounts become law next year so that children who have the greatest need, whether that be income based or because of a special need, have the ability to get the education that best meets their learning needs,” Weaver said.

The proposal echoes, though is distinct from, a proposal by McMaster last summer to use federal COVID-19 relief funds to fund scholarships for students to attend private schools. South Carolina’s Supreme Court ruled McMaster’s SAFE Grants proposal unconstitutional in October.

Following an effort last year to pass an anti-abortion “fetal heartbeat bill,” Sen. Larry Grooms, R-Berkeley, has filed a bill that would ban abortions if a fetal heartbeat can be detected except in the case of a medical emergency. The bill would require abortion providers to conduct an ultrasound and listen for a fetal heartbeat if the fetus is at least eight weeks in gestational age.

Performing an abortion when there is a detectable fetal heartbeat would become a felony punishable by a $10,000 fine and up to two years in prison. The heartbeat bill currently has 11 cosponsors.

South Carolina’s Chamber of Commerce will advocate for COVID-19-related liability protections for businesses as a top priority this year.

“South Carolina businesses did not cause COVID-19, and South Carolina businesses are not responsible for its continued propagation,” said Mike Shetterly, who sits on the Chamber’s board of directors. “The South Carolina Chamber will continue to work with our state legislators to find workable and fair liability protection for those businesses that are trying to stay open and keep our citizens employed, while adapting to ever changing government standards and guidance.”