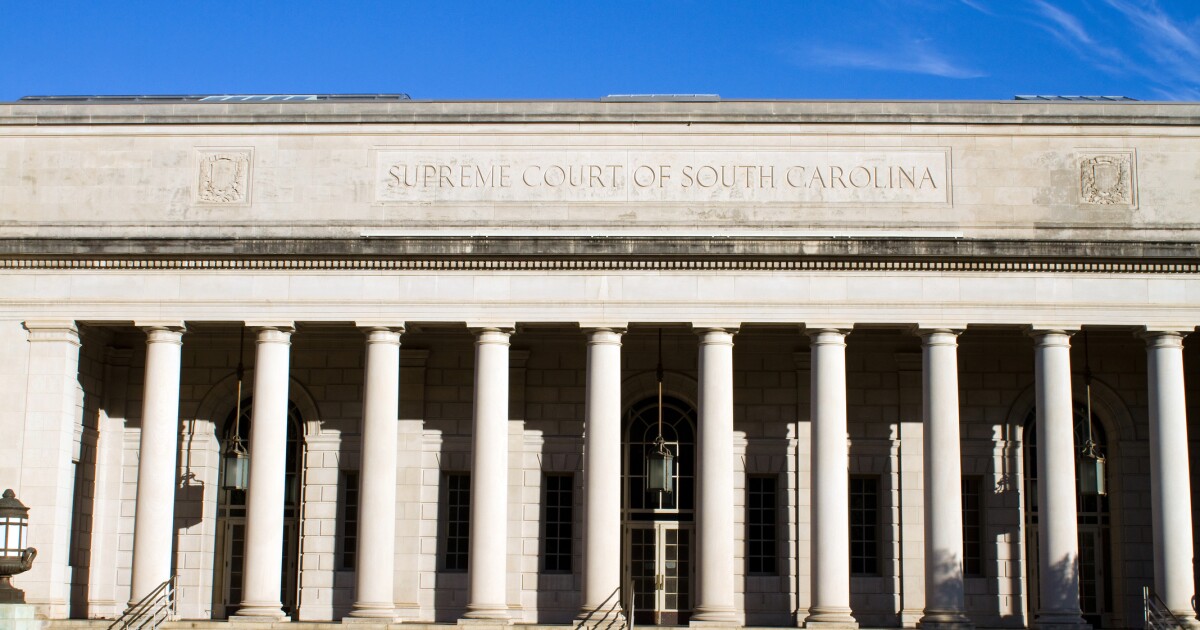 ATRF’s 2020-21 Judicial Hellholes report, released Tuesday, identified the most unjust local courts and state civil justice systems in the country to expose imbalances in the system.

This year, South Carolina ranked fourth-worst in the nation, after the Philadelphia Court of Common Pleas and the Supreme Court of Pennsylvania, New York City and California.

“South Carolina is a very significant venue for asbestos litigation,” ATRF Executive Director Tiger Joyce said Tuesday in a virtual news conference. “The sanctioning that's being done of defendants – defense lawyers tell us it's unprecedented, the level and scope of what's going on there.”

After retiring as Chief Justice of the state Supreme Court in 2015 because of mandatory retirement requirements, Toal was appointed to oversee South Carolina’s asbestos litigation.

In that role, ATRF’s report said, Toal has “shown a concerning pattern of allowing abuse of the discovery procedure, unwarranted penalties during trials, and low standards for expert evidence.”

According to the report, Toal increased jury award amounts on two occasions when she believed the jury did not award enough money to a plaintiff; in one case by more than $1.6 million, and, in another, by more than $400,000.

During a 2018 trial, the report said Toal told a jury the defendant exposed the plaintiff to asbestos. After hearing the evidence, the jury sided with the defendant. Toal later invoked South Carolina’s 13th Juror Doctrine, making herself the 13th juror in the case and resulting in a hung jury and mistrial. Toal then ordered a new trial, ATRA explained.

“If Judge Toal continues to oversee the state’s asbestos docket, trial lawyers and their clients will know they can turn to South Carolina, a Judicial Hellhole, to exploit the troubling and inequitable practices of Judge Toal for a large payout,” Joyce said in a statement. “We urge the state of South Carolina to address these issues and return the handling of asbestos cases to individual counties.”