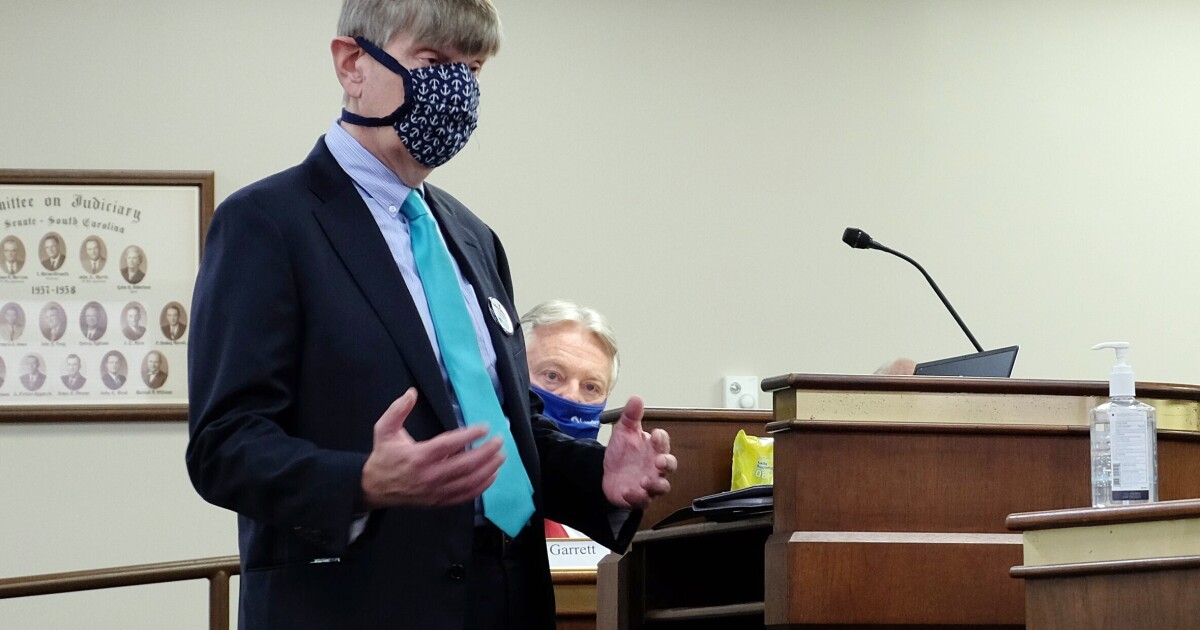 South Carolina’s public health agency could have a new director by the end of the week after nearly eight months without permanent leadership at the helm.

In a two-hour confirmation hearing Tuesday morning, the Senate Medical Affairs Committee unanimously voted to advance the nomination of Dr. Edward Simmer to lead the South Carolina Department of Health and Environmental Control (DHEC). A vote in the full Senate could happen as soon as Thursday.

Simmer told committee members that addressing the COVID-19 pandemic will be his top priority.

“Obviously we need to solve the COVID problem today, but we need to apply the lessons learned from COVID to whatever the next crisis may be, and learn from that,” Simmer told committee members.

Simmer said he will work with local leaders to accelerate the distribution of the COVID-19 vaccine.

“First, we need to get more doses. Right now we have more demand than we can fill,” Simmer said. “It's not just access to vaccine. It's acceptance of the vaccine. I think that's an area we need to do a lot of work, so that would be one of my very early steps.”

Simmer retired from the Navy last year after a 30-year career. He previously ran the TRICARE Health Plan. Simmer holds a doctorate in medicine from Saint Louis University and a master's in public health with a focus on epidemiology from Eastern Virginia Medical School. As a board-certified psychiatrist, Simmer would be the DHEC’s first director to hold a medical degree in 35 years.

Simmer said he does not have a lot of experience in environmental regulation, and asked for a year to study the agency’s problems and propose a solution, which may or may not include dividing the department’s responsibilities.

Asked by Senate President Harvey Peeler, R-Cherokee, on his views on the state’s certificate of need laws, Simmer said while such laws can help reduce waste or excess services available in the health care system, there is room for reform.

“I think we need to look at how it's working in South Carolina and see if the certificate of need process we currently have is actually achieving those goals,” Simmer said.

The DHEC’s board selected Simmer in December, and Gov. Henry McMaster voiced his support last month. In the interim, the agency has been led by Marshall Taylor, the agency’s chief legal counsel.