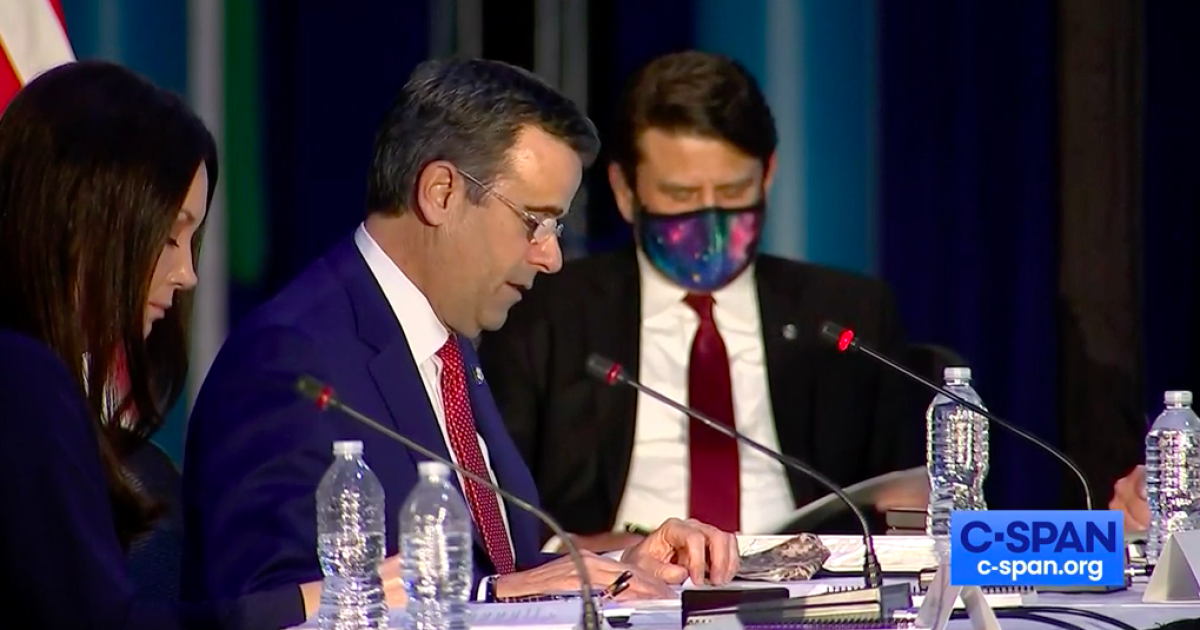 The nation’s spy chief issued a warning about dangers posed by China and Russia in space.

Director of National Intelligence John Ratcliffe did so as the Trump administration unveiled this week its new strategy for the key arena, labeling space a priority domain for U.S. military and intelligence operations and warning foreign adversaries that the United States will defend its national security in and through space.

He joined a public meeting of the National Space Council, led by Vice President Mike Pence, at Kennedy Space Center on Wednesday, where Pence and NASA leaders revealed new details about the U.S.’s Artemis mission to return to the moon, including its 18-member team, and as the U.S. released President Trump’s new National Space Policy to revamp the country’s posture toward space. NASA is also working on manned missions to Mars in the future.

“To a degree unparalleled in American history, the nation’s economy and security rely on space systems that our competitors are challenging and that our adversaries are increasingly threatening. To that point, America’s vital interests are increasingly at risk as China and Russia develop and field destructive weapons to threaten U.S. and allied space capabilities,” Ratcliffe said. “As I wrote in an op-ed published in the Wall Street Journal last week, the intelligence is clear: China poses the greatest national security threat to the United States, and that includes China’s actions in space, where China is pursuing weapons capable of destroying our satellites up to geosynchronous Earth orbit, where many of our critical space systems reside. China has also deployed a ground-based missile intended to target and destroy satellites in low Earth orbit.”

China views space as a “critical domain in international strategic competition,” as described by Beijing government leadership last year. The Pentagon released a congressional report in September noting that the Chinese government's “space enterprise continues to mature rapidly” and that “Beijing has devoted significant resources to growing all aspects of its space program, from military space applications to civil applications such as profit-generating launches, scientific endeavors, and space exploration.” One U.S. official told reporters in September that U.S. space systems face cyberattacks from China and others “with concerning regularity” and that “cyberthreats are things that happen all the time, not just from China but also non-state actors.” China landed a robotic unmanned spacecraft on the moon in early December as part of an effort to join the U.S. and Russia as countries that have returned lunar rocks to Earth.

Ratcliffe told the Washington Examiner earlier this month that “China intends to dominate — economically, militarily, and technologically, and they want to replace us as the world’s superpower.”

The former Texas Republican congressman, who has overseen the nation’s 17 spy agencies since May, also warned about the dangers posed by the Kremlin’s actions in space on Wednesday.

“Russia has a similar system to China in development that is likely to be operational in the next several years, and Russia has also fielded a ground-based laser weapon, which could blind or damage our space-based optical sensors,” he said. “And I’ll note that Russia, in particular, has recently demonstrated provocative behavior, creating a potentially dangerous situation in space. Over the past year, the Russian government … launched a satellite that began to actively maneuver close to a U.S. government satellite. I want to make clear to the members of this council that we consider this threatening behavior, especially considering that the Russians previously launched a very similar satellite that exhibited characteristics of a weapon when it released a high-speed projectile.”

Gen. John Raymond, the head of the U.S. Space Force, said in February that the U.S. “finds these recent activities” by Russia “to be concerning — and do not reflect the behavior of a responsible space-faring nation.”

The new U.S. strategy also declared that “the space domain is a priority intelligence and military operational domain for the United States” and ordered that the U.S. intelligence community and Defense Department “use space capabilities to provide strategic, operational, and tactical intelligence and decisive military advantages to the Nation.”

Ratcliffe said the intelligence community was beginning to focus more on space, noting that “the global space industry is approaching $500 billion in annual revenue” and that intelligence estimates “suggest that industries with reliance on space-based services now contribute over $5 trillion to our Gross Domestic Product.”

The spy chief said the intelligence community and Pentagon “have agreed to align U.S. Space Command and the National Reconnaissance Office under a new ‘protect and defend’ strategy for the purposes of jointly guarding our vital space systems, should a conflict ever extend to space” and that “for the first time, there will be a unified structure that fully integrates intelligence and defense plans, authorities, and capabilities to ensure seamless execution of space defense actions.” He also said, “The NRO and Space Command are testing the emerging construct in a series of war games and experiments designed to fully pressure test the new arrangement.”

In addition, Ratcliffe revealed the Office of the Director of National Intelligence is working with Space Force leadership “to evaluate the potential for the Space Force to become the 18th member of the U.S. intelligence community” and said a decision would be made in the next month or two.