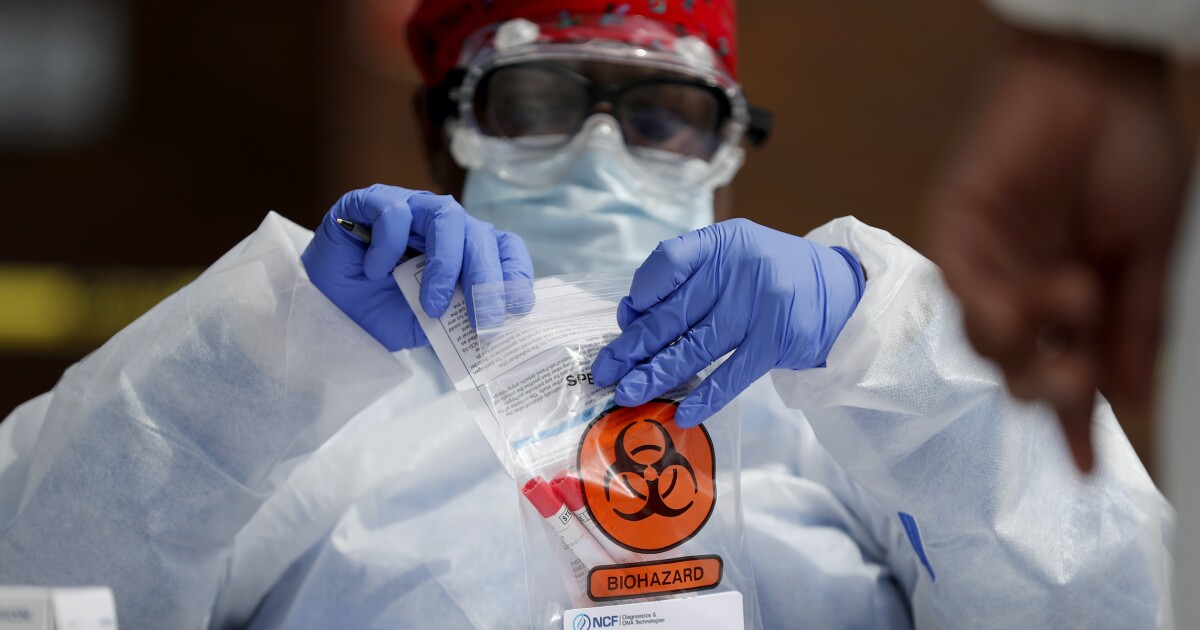 According to a St. Louis University study, in the months after summer mask mandates were imposed in some St. Louis County municipalities, the daily growth rate in reported COVID-19 cases was 40 percent below those reported by nearby areas that did not adopt similar protective measures.

“It was something that was fast and effective,” study lead author Professor Enbal Shacham told the St. Louis Post-Dispatch. “And that’s exactly what we need right now.”

According to the study, after 12 weeks of imposing a mask mandate, the average daily growth rate of coronavirus cases in St. Louis was still 40 percent lower than in counties without the policy.

The study states the mandates also reduced “the unequal burden” on higher-risk groups, decreasing transmission rates in more densely populated areas and on racial minorities who are disproportionately infected and vulnerable.

One of the report’s authors is Sisters of St. Mary (SSM) Health Chief Community Health Officer Dr. Alex Garza, who leads the St. Louis Metropolitan Pandemic Task Force (MPTF), which called on Parson on Friday to issue a statewide mask mandate and “safer at home” order before hospitals are overwhelmed by COVID-19 patients.

“We are past the time when individual behavior alone can address this disaster,” Garza said in a press briefing on Friday. “The spread of cases are blanketing the state and no locale is safe anymore.”

Parson continues to refuse to issue such an order, preferring to leave such measures to local governments, even after the White House Coronavirus Task Force advised Missouri to adopt a statewide mask mandate back in August.

According to the MPTF, which represents the region’s large health care systems, the St. Louis University study shows how mask mandates in St. Louis and St. Louis County drive down per-capita rates of virus-related admissions.

The university’s study began in July after St. Louis Mayor Lyda Krewson – who announced Wednesday she would not seek a new term – and St. Louis County Executive Sam Page ordered residents to wear masks in public.

Researchers compared the average daily increase in COVID-19 case in St. Louis and St. Louis County with those in neighboring Jefferson, Franklin and St. Charles counties, which did not have mask mandates.

In the three weeks before the two urban counties imposed the mandates, both sets of jurisdictions had similar growth rates in COVID-19 caseloads.

Within two weeks afterward, however, researchers documented a significant decline in cases in the two county with mask mandates.

After three weeks, average daily case growth in St. Louis and St. Louis County was 44 percent below that of outlying counties. After 12 weeks, that reduction changed only slightly, to 40 percent.

After St. Louis and St. Louis County adopted mask mandates, researchers wrote that “the disparity of infection rate by race and population density was no longer significant.”

Residents most likely to work in “essential” jobs such as grocery stores, health care and public transportation, and couldn’t stay home, were greater beneficiaries of the mask policies, according to researchers.

“The mask policy that was enacted in many communities may have provided a more equal approach to reducing COVID-19 infections, as it occurred in St. Louis,” the authors write.