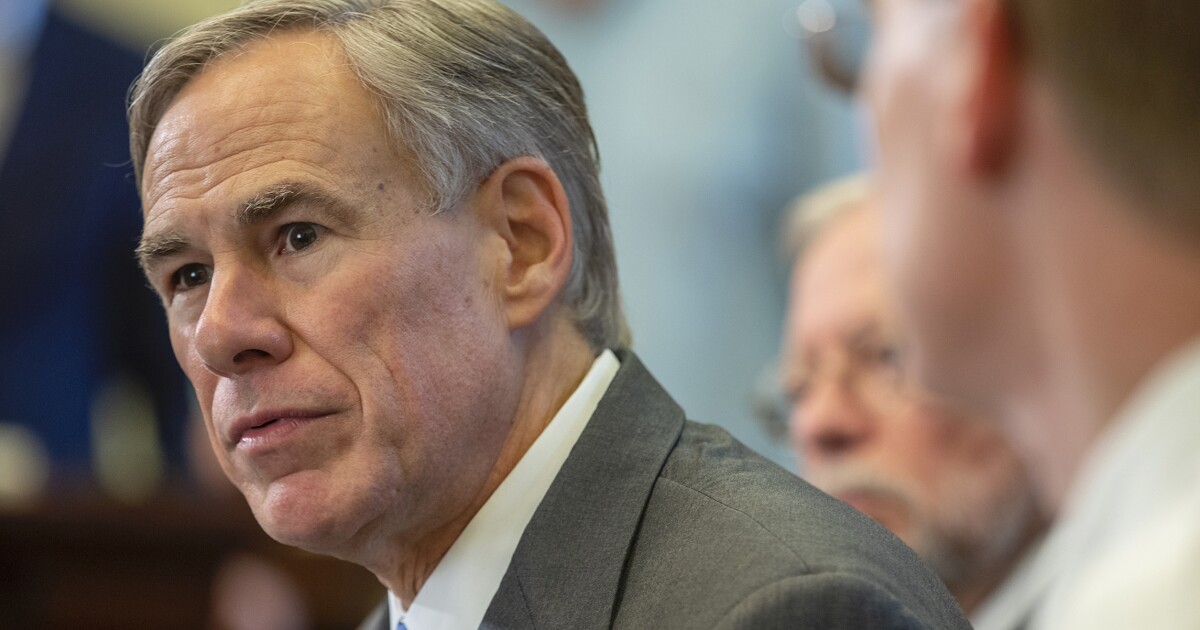 Texans isolated in nursing homes are dying and experiencing worsening health conditions because of Gov. Greg Abbott’s order restricting them access to family members, an advocacy group of more than 3,000 families, Texas Caregivers for Compromise, argues.

Now the group is demanding that the state Legislature do something about it.

The group led a Twitter campaign Friday to reach legislators. It also published the book, “Saving Them To Death,” which it sent to state lawmakers.

Earlier this month, the group issued a call to action asking Texans to contact their state representatives and senators to demand that nursing home visitation policies established by the governor be immediately changed.

In their open letter to the state Legislature, they argue, “The physical and health devastation of the isolation protocols on the long-term care population and those who love them cannot be overstated.”

“This state is not run by a monarchy,” Warren V. Norred, the attorney representing four plaintiffs, said in a statement. “The governor cannot suspend laws … that is something that only the Texas Legislature can do.”

In addition to the governor, Norred sued the state Health and Human Services Commission and its director, Cecile Young, Pine Arbor Nursing Home and Park Valley Inn Health Center, and San Gabriel Rehabilitation and Care Center on behalf of Texas residents Marcy and Aline Rennenberg and Wanda and Leland Webb.

The Texas Health and Human Services Commission’s (HHSC) updated emergency rules to allow a designated essential caregiver to provide supportive, hands-on care to residents who do not have COVID-19. Visitation for residents who are COVID-negative was allowed outdoors or in a COVID-free area of the facility.

But in reality, expanding access has not happened because Abbott’s order stipulates that family members can visit their loved ones “as long as there are no COVID-positive cases.”

There have been little to no days over the past six months that any facility has not reported a positive case, meaning visitations have been completely halted statewide.

Mary Nichols of TCC posted on Facebook that the group has told the state health commission that “county health authorities have been making their own decisions outside state guidelines. We have no recourse when they ignore state guidelines and shut facilities down to essential caregiver visits or require excessive quarantine beyond CDC recommendations for discontinuation of transmission-based precautions. This is why emergency rules cannot continue.”

On Friday, she posted information published by the Texas Health and Human Services Commission that states that barring a more restrictive local order, essential caregiver visits cannot be prohibited due to an outbreak of COVID-19.

“The language here is not very strong,” she said, “but it is clear that essential caregiver visits are allowed.”

The group is planning an event at the state Capitol on March 12.

March 13, “will be one year since Governor Abbott declared us non-essential,” Nichols says.

The group argues, “it’s time to end emergency rules … We strongly contend that, after almost a year of isolation without access to their loved ones, residents in long-term care facilities cannot afford to wait while our government agencies determine if it is safe enough to restore visitation.”

The National Consumer Voice also initiated a national social media campaign urging individuals to contact the Centers for Medicare & Medicaid Services and their U.S. senators and representatives. Their campaign, “#HaveAHeart and #OpenNursingHomeDoors,” includes individuals with a photo of their loved one who is an isolated nursing home resident.

The lawsuit against Abbott invokes the Americans with Disabilities Act and the Texas Human Resources Code, which states, “An elderly individual is entitled to privacy while attending to personal needs and a private place for receiving visitors … This right applies to medical treatment, written communications, telephone conversations, meeting with family, and access to resident councils.”

Plaintiffs argue, “The Governor is impeding this right and is suspending this portion of the law without authority.”