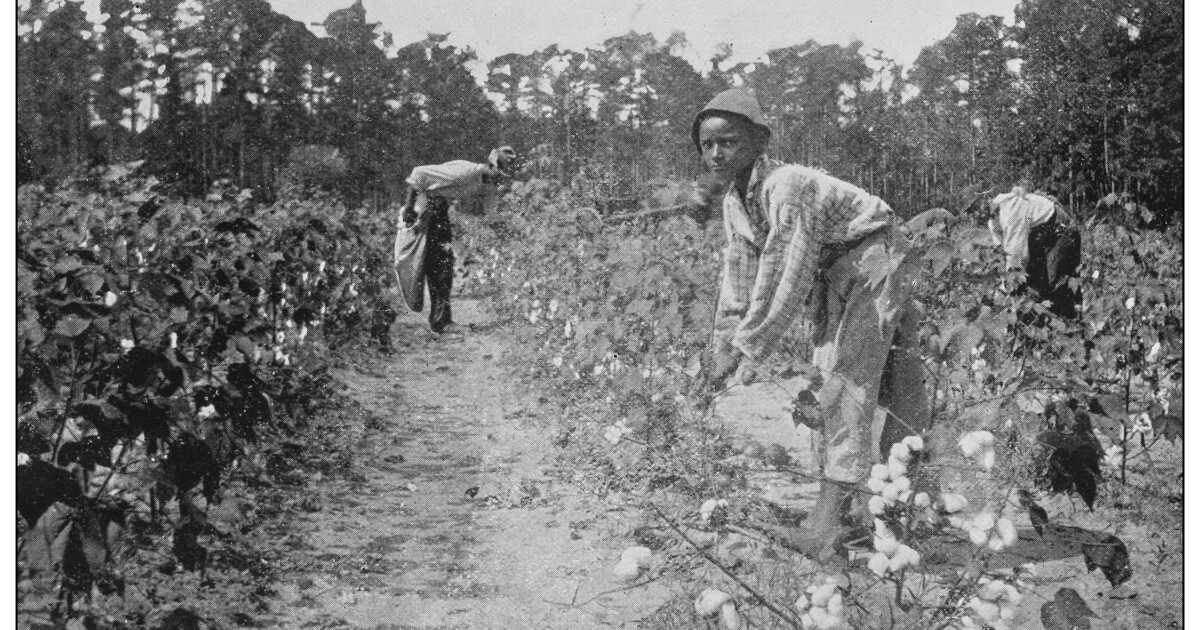 One of the clearest signs that we are in a debate over the central meaning of our country, and therefore of our rights and of us, is the controversy about the status of the American founding. That controversy rages. I was appointed chairman of the President’s Advisory 1776 Commission by former President Donald Trump. Its purpose was to advise on chiefly two things: preparing for the 250th anniversary of the Declaration of Independence in 2026 and proposing ways to teach American history better.

The commission issued its report unanimously a few days before President Biden took office. He canceled it and removed its report from the White House website on the first afternoon he was president. Since then, he has said several things to excoriate the report and its authors. The chief cry is that it seeks to whitewash the story of slavery. In fact, the story of slavery is extensively addressed. The main points are simple and indubitably true: Slavery existed in the United States for 150 years before the nation was formed by the Declaration of Independence. Those who wrote that Declaration of Independence stated emphatically and repeatedly that slavery was wrong. The leading founders are nearly uniform in this view, and it seems to have been the sense of most of the public.

The immediate fruit of this sentiment was that slavery was abolished in more than half of the country within 20 years. In 1787, when the Northwest Ordinance was passed, our government grew for the first time. It was the first time a free government had done so. It did so without the benefit of colonies but rather with a plan quickly to form states and the citizens of those states to be equal with those of the existing states. This ordinance concerned the five states in the Northwest Territory, regarded by the founders as a precious resource. Article 6 of the Northwest Ordinance provides that there is to be no slavery with these words:

“There shall be neither slavery nor involuntary servitude in the said territory, otherwise than in the punishment of crimes whereof the party shall have been duly convicted.”

The Northwest Ordinance, drafted by Thomas Jefferson, forbade slavery from extending into the developing country and thereby placed it on the path to extinction. These are basic facts of history that are not difficult to learn from the abundant historical record. The miracle of the situation is not so much that there was slavery at the time of the founding but that those who founded the country, some of them slaveholders, announced principles that condemned slavery for all time.

The commission report also tells a later story. At least as early as 1820, when the Missouri Compromise was passed, slavery had begun to be thought of in some quarters as a “positive good.” This view was not grounded in the natural rights thinking of the American Revolution. Rather, it was grounded in the new historicist school of thought emerging in Europe and affecting, for example, John Calhoun at Yale University. It held that we are all evolving into something else, and therefore, those of us who have evolved furthest should be in charge. This doctrine was disastrous for those thought to have “evolved less,” mainly the slaves. But it was disastrous for all of us, too, because those evil doctrines persist in our politics today.

Where? Has the government not become extensively an engineering project to remake us according to liberal ideals? Has it not abandoned its real function, which is to represent free people and govern according to their will? Calhoun’s doctrine is alive and well today under the title of progressivism.

The changes attendant upon these ideas are massive. Right now, the majority of our laws are made outside of Congress, in a permanent bureaucracy, which not only makes the laws but also enforces them and adjudicates decisions that arise under them. This is not separation of powers. Rather, it is the delegation of legislative power, which was explicitly forbidden by the Constitution as demonstrated by the phrase, “all the legislative powers herein granted shall be vested in a Congress.” That is the beginning of Article 1 of the Constitution. Article 2 and Article 3 concerning the executive and judicial branches start the same way but significantly omit the word “all.”

This is just one of the many changes that have come over the U.S. and is in part due to a lack of education regarding the country’s founding principles. The 1776 Commission sought to address this problem. However clear the facts and historical records may be, students today, especially in institutions of higher education, are not only ignorant of them but often actively misled about them.

The story of slavery in our country is more complex than many present it. As with most of human history, it does not fit into the reductive, moralistic myths propagated by adherents of critical race theory. It is a story full of tragedy, contradiction, and human depravity but also of hope, resilience, and the triumph of justice. The truth of this complexity is not politically useful for those interested in sowing division and outrage. In fact, it is just the opposite. Acknowledging our shared human imperfections and the complexity of the historical moment in which the founding occurred might make us reluctant to cast blame. It might make us hungry to know more. It might unite us in a love of principles that, however imperfectly realized, are worth striving for and defending.

That institutions of higher education have played a lead role in obfuscating this history is a shame. Academia has the tools, the time, and the duty to understand the complexity of our history and share it, through teaching and scholarship, with the people. Instead, the facts are regularly distorted in work such as the 1619 Project, which features the work of many prominent academics and cultivates outrage rather than understanding and division rather than accord. What were once our leading colleges and universities almost all neglect to teach the founding fully.

Taxpayer-funded public universities do the same. They accuse the founders of racism while actively practicing racism on their campuses through preferential and discriminatory practices and increasingly hostile work environments. All of this is paid for with the taxes and tuition provided by citizens who generally love the country and desire unity.

It is true that our country’s history is blotted with faults, but it is also true that it is studded with virtues. Slavery was surely the worst of those faults, and its defeat is one of our greatest triumphs. What can we say for ourselves today? We see an absence of reasoned and responsible discourse among our intellectual elites. We see students abandoned who should be learning about the complexity of human nature and our country’s founding principles. We see academics who are relatively insulated from the disastrous policies they encourage sowing racial discord and discrimination. These are faults that are not good for anyone, of any color, and they will not prove to be good in the future.

The commission follows and recommends to all the advice given so beautifully by President Abraham Lincoln in his second inaugural address speech the last time we were so fundamentally divided in 1865: “With malice toward none; with charity for all; with firmness in the right, as God gives us to see the right, let us strive on to finish the work we are in; to bind up the nation's wounds; to care for him who shall have borne the battle, and for his widow, and his orphan — to do all which may achieve and cherish a just and lasting peace, among ourselves, and with all nations.”

Larry P. Arnn is the president of Hillsdale College and a professor of history and politics.