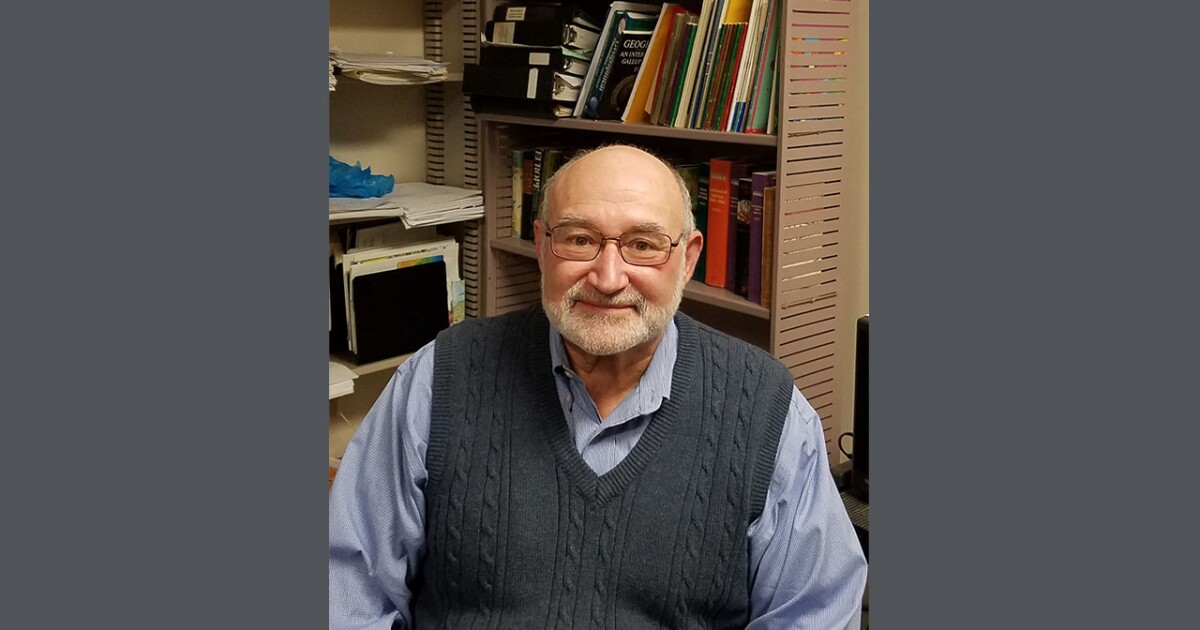 YOUNGSTOWN — There is a little township in Columbiana County along the back roads that connect Pittsburgh and this eastern Ohio city. It is named Unity, and its bucolic scenery contains a smidgen of decay, isolation, prosperity, and lost dreams.

The scenery accurately portrays the delicate and often chaotic balance that defines its name.

The word “unity” gets thrown around a lot these days, mostly because President Biden often used the term leading up to and on the day of his inauguration. It became a promise of what his presidency was going to bring.

I often focus on people's sense of place in my reporting when I travel across America's back roads. I have the task of finding a story rather than going with a pre-conceptual story. There is abandon to that approach because it is in that context that geography often plays a compelling role in how people view culture, politics, and their place in the world.

And their views on unity.

Tom Maraffa has been thinking about geography, a subject the professor teaches at Youngstown State University, and it's relationship to unity.

“One of the things that's a theme is the tension in countries between a national identity and diversity of various types and how there are unifying forces and forces that pull countries apart,” he explained.

The United States is distinct in that, geographically, it's a collection of regions. Each region has a history, culture, and identity, but what keeps the regions together is a sense of national identity.

Maraffa frequently says that when things get out of balance, people try to impose national solutions to problems that come into conflict with regional identities and regional values.

“What that also means is that basically one region that is controlling the national government, in a sense, is imposing its values on other regions,” he said.

Maraffa advises people to think of The Last Dance series about the 1997-98 Chicago Bulls.

Within all of these different groups, there were conflicts between them and disputes within each one.

“In looking at that series, one of the reasons that they're so successful is that those conflicts never got to the point that they destroyed the team. They're always able to either resolve the conflict or manage them in such a way that they preserve the team,” he said.

In short, they were unified despite all of the conflict and chaos.

Maraffa said unity has eluded people for the past 12 years because the country has just come off of two successive divisive presidents, beginning with former President Barack Obama.

“Obama was an extremely intelligent, articulate, well-read, educated person who had very strong ideas, but I think one of his limitations as a leader was his lack of willingness to accept the legitimacy of ideas that were different than his,” he said.

Often Obama would have what he thought was the solution to the problem, but if a person disagreed with him, he or she was wrong, something that did not lead to constructive solutions to problems.

Maraffa said he was listening to a podcast when someone recounted an episode in which Obama was going to give a speech on some policy. Obama invited former House Speaker Paul Ryan and his staff to the speech, placing them in the front row.

The invitation was constructed as a moment to use as a building block to reach common ground, but then he laid waste to Ryan in front of him during the speech.

“Obama did that a lot,” Maraffa said, pointing to how he handled the Supreme Court decision on gay marriage. “Lighting the White House up with rainbow colors — in a way, that was just sticking a thumb in the eyes of people who disagreed rather than using it as a moment to say the Supreme Court's made its decision, we don't all agree, but this is the law, and we have to move forward together.”

If a person picked up on that or not, it may have depended on geography. People in highly concentrated urban areas or at universities mostly didn't feel that deep cut. Members of conservative, religious communities were affected.

Maraffa says that both Obama and former President Donald Trump were equally divisive — Obama was just more elegant in his delivery. The reporters who covered him missed it because they shared his cultural values.

These reporters and Democrats instantly viewed people who did not like Obama as racists because what else could it be? Scolding Ryan was acceptable to them because, indeed, the fiscal watchdog deserved it because he would push grandma off the cliff.

And to them, flooding the White House with rainbows was celebratory — they never once considered it would offend anyone because, of course, everyone holds their same views.

It is an enormous problem, and the cultural gap between those who report on us and those they report on has only broadened in the past four years.

“They didn't see it, but people who didn't share their cultural values sure did. And it stung just as bad every swipe Trump took at establishment norms and his enemies,” Maraffa said.

“The impact is the same, whether it was Obama or Trump. They didn't use conflict to get somewhere. All it did was create divisiveness, which always gets in the way of getting somewhere,” Maraffa added.

The key, it seems in Maraffa's argument to good leadership, is how a person manages conflict, which means relearning how to disagree and engage in constructive conflict.

We will never be, nor should we be, unified in the absolute sense. Disagreements are natural and healthy. What we need is someone effective in using healthy disagreements to lead to solutions that can at least be accepted.