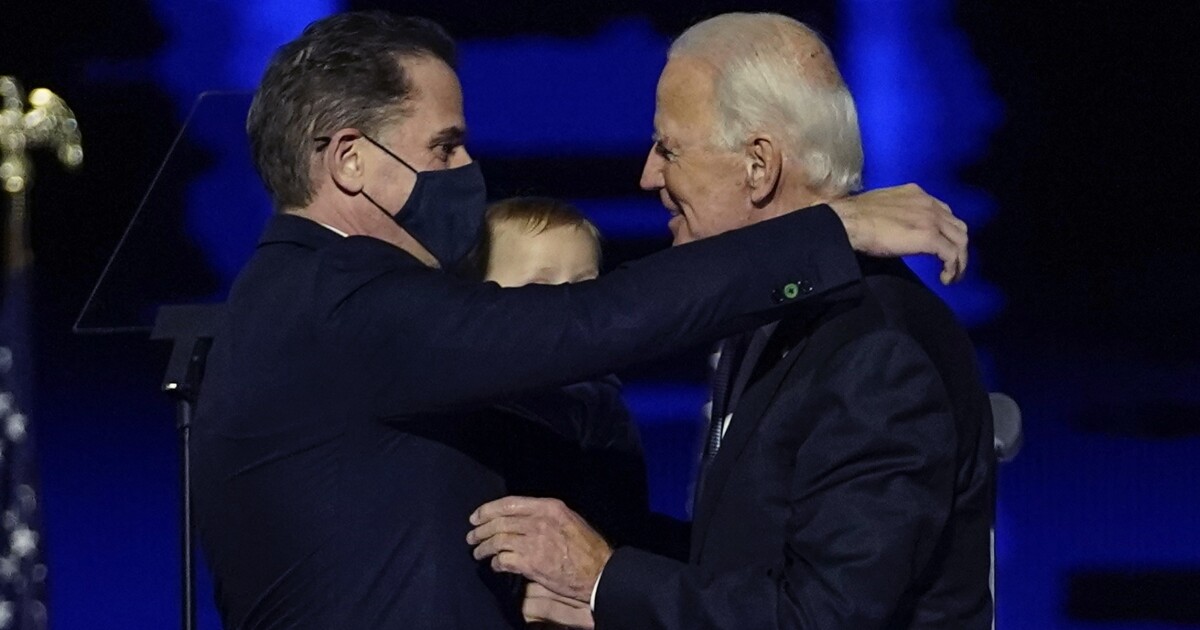 The Justice Department is under increasing pressure to guarantee no conflicts of interest in picking an acting Criminal Division chief who, until recently, was a law firm colleague of the defense attorney representing Hunter Biden, President Biden's son, who is under federal investigation.

Nicholas McQuaid, a former federal prosecutor, was appointed acting chief of the Justice Department’s criminal division at the start of the Biden administration. Hunter Biden confirmed in early December, after his father won the 2020 election, that his business dealings were subject to a federal criminal investigation. McQuaid was a partner at Latham & Watkins with Biden defense lawyer Christopher Clark and worked on cases with him right until McQuaid took the job at the Justice Department, according to court filings reviewed by the Washington Examiner.

So far, the Justice Department refuses to comment directly on the situation. An agency spokesperson would only tell the Washington Examiner on-the-record that “while not speaking to any particular matter, all department employees are governed by the department’s ethics rules including rules concerning recusal.”

“It is unclear what role, if any, Mr. McQuaid has in the Hunter Biden case or whether he has any access to the case,” the Republicans said in a letter sent on Wednesday. “As a general matter, all government employees must avoid situations that create even the appearance of impropriety and impartiality so as to not affect the public perception of the integrity of an investigation.”

Grassley and Johnson pointed to the code of federal regulations, which states that “no employee shall participate in a criminal investigation or prosecution if he has a personal or political relationship with … any person or organization which he knows has a specific and substantial interest that would be directly affected by the outcome of the investigation or prosecution.”

The Justice Department’s government ethics outline states that “an employee is recused for one-year from a particular matter in which her former firm, former employer, or a client she provided services to within the previous year, is a party or represents a party.” The DOJ’s guidelines on conflicts of interest also state that “an employee should seek advice from an ethics official before participating in any matter in which her impartiality could be questioned.”

Biden also signed an executive order in January that instructs all his appointees to sign a pledge to refrain from “improper interference” with any prosecutorial or investigative decisions at the Justice Department. “I commit to conduct that upholds the independence of law enforcement and precludes improper interference with investigative or prosecutorial decisions of the Department of Justice,” the text of the pledge states.

The letter, which includes several questions and requests, seeks “to better understand what role, if any, Mr. McQuaid has played in the Hunter Biden investigation and what steps, if any, the Department and Mr. McQuaid have taken to mitigate all conflicts,” Grassley and Johnson wrote.

The Republican senators, who are now in the minority party and lack subpoena power, asked for a response by Feb. 17.

Hunter Biden has reportedly been under criminal investigation stretching as far back as 2018 as federal authorities scrutinize his taxes and foreign business dealings, and the 50-year-old's financial transactions with China might be at the forefront.

Biden’s campaign, along with many in the media, dismissed the Hunter Biden laptop story during the final stretch of the election and other allegations as part of a Russian disinformation operation. However, former Director of National Intelligence John Ratcliffe said he had not seen “intelligence that supports that … Hunter Biden’s laptop is part of some Russian disinformation campaign.”

Jen Psaki, now Biden's press secretary, said in December 2020 that Biden would not discuss the investigation of his son Hunter with any candidates for attorney general, even after one takes office, but declined to say whether Biden would keep on David Weiss, the U.S. attorney for Delaware investigating the younger Biden’s taxes.

McQuaid served as a deputy White House counsel during the Obama administration and also spent years as a prosecutor with the Southern District of New York before going into private practice. McQuaid and Clark are listed on court fil ings together throughout 2020.

On Jan. 21, the day after Biden's inauguration, McQuaid was reportedly picked for the DOJ job. That same day, McQuaid told the court he had withdrawn from the case with Clark, saying, “I am writing the Court to respectfully request that I be relieved as counsel” because “my last day at Latham & Watkins was January 20, 2021.”

Clark and two other attorneys would continue to represent their client, he said.

Hunter Biden acknowledged a federal tax investigation into him in December 2020.

“I learned yesterday for the first time that the U.S. Attorney’s Office in Delaware advised my legal counsel, also yesterday, that they are investigating my tax affairs,” he wrote, adding that “I take this matter very seriously, but I am confident that a professional and objective review of these matters will demonstrate that I handled my affairs legally and appropriately, including with the benefit of professional tax advisers.”

The elder Biden voiced his support for Hunter in a statement from his team, saying, “President-elect Biden is deeply proud of his son, who has fought through difficult challenges, including the vicious personal attacks of recent months, only to emerge stronger.”