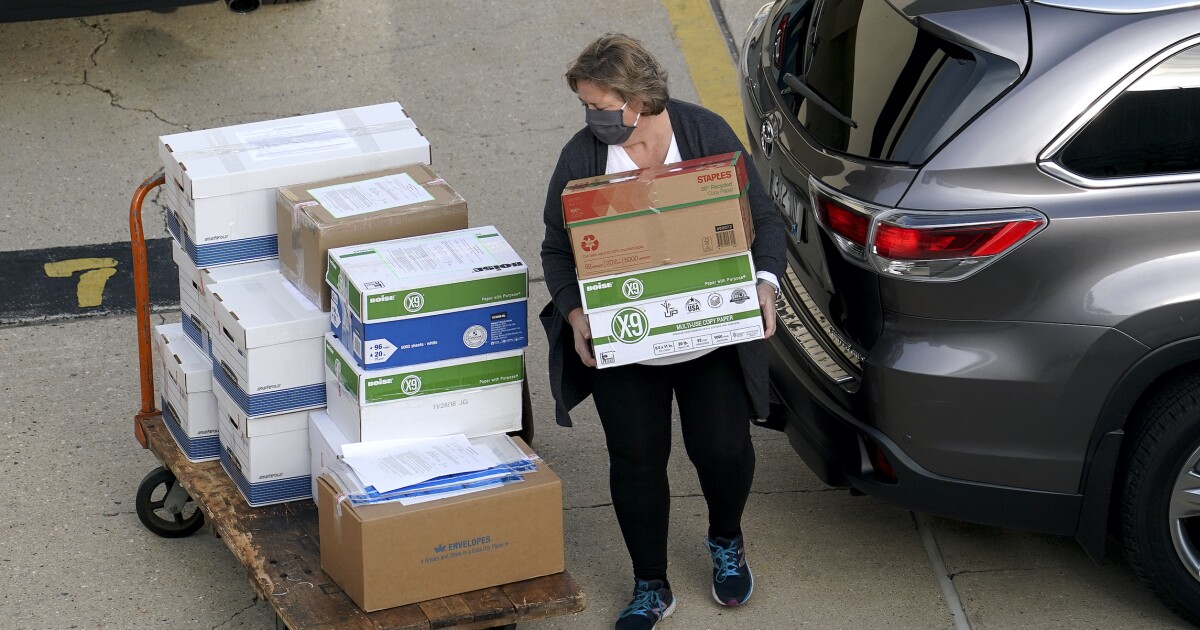 Hundreds of mask-clad election workers, observers, and officials have descended upon Wisconsin’s two most populous counties to begin a recount effort initiated by the Trump campaign.

The recount began on Friday morning, more than two weeks after Wisconsinites cast their ballots. President-elect Joe Biden leads President Trump by more than 20,600 votes, or about a 0.6-point margin. Instead of electing to shell out nearly $8 million for a statewide recount, the Trump team decided to target only two counties, both Democratic strongholds, a move that came with a sticker price of $3 million.

The recount is beginning after a tumultuous special meeting of the Wisconsin Elections Commission on Wednesday evening in which Republicans balked at last-minute proposed changes to the manual that guides the recounts. The changes were proposed by Wisconsin Elections Commission staff and were supported by Democrats. The move failed as the commission was deadlocked on the matter.

Milwaukee County and Dane County, where the state capital of Madison is located, have both set up centralized locations for the retabulation process to proceed. In Milwaukee, the votes will be recounted at the Wisconsin Center, a massive 186,000 square foot convention center located in the heart of the city. In Madison, the votes will be poured over at the Monona Terrace, a lakeside convention center designed by legendary architect Frank Lloyd Wright.

Recounting of the ballots must be completed by the end of the month, although Milwaukee County Clerk George Christenson told the Washington Examiner that he expects his county to complete the process by Thanksgiving. He said the count will be done using machines, not by hand. Dane County is expected to take a bit longer. Even with 16-hour days planned, it is not expected to complete its count until after Thanksgiving. Dane County will largely use machines to count the ballots, but it will also count ballots by hand in some precincts.

The logistics of the undertaking are complicated by the coronavirus pandemic. At the Wisconsin Center, there are “pods” featuring two tables with one worker counting votes at each one. Three observers are permitted to watch at each of the pod locations, although they must remain 6 feet away and be behind plexiglass barriers, according to the Associated Press.

Republicans in the state have raised questions about a number of issues related to this year’s election. One matter is that of “indefinitely confined voters,” or citizens who are allowed to vote in Wisconsin without showing photo identification. Some in the GOP also expressed concern to the Washington Examiner about how absentee ballot envelopes were edited by clerks across the state.