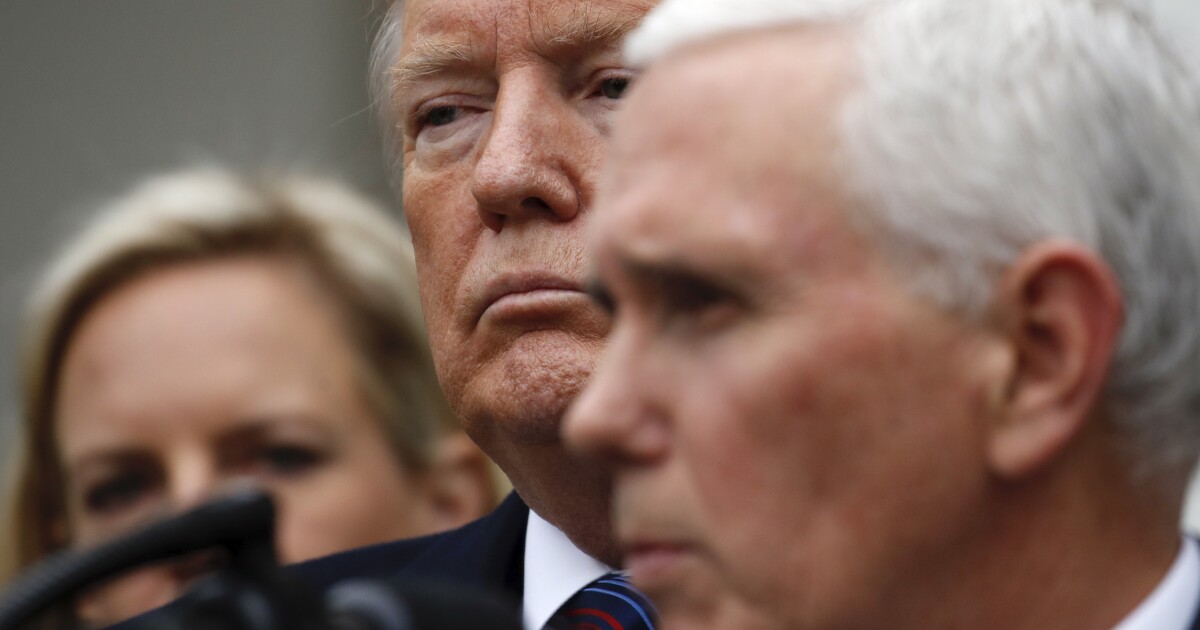 Hours before rioters stormed the Capitol where Vice President Mike Pence was presiding, President Trump reportedly told Pence he could either go down in history as a “patriot” or a “p—y.”

The New York Times reported the missive on Tuesday evening, nearly a week after the unprecedented violence exploded in Washington, D.C., leading to the deaths of several people. Pence was overseeing the official count of the Electoral College votes, and before leaving his residence on Wednesday, Trump phoned him and once again pushed him to help overturn President-elect Joe Biden’s win, according to the newspaper, citing two people who were briefed about the call.

At the same time Pence was overseeing the count, Trump rallied his supporters in a speech near the White House, where he called upon them to march down Pennsylvania Avenue toward the Capitol, where the vice president and both chambers of Congress were gathered. The scene soon escalated as the mob breached security and pushed its way into the complex.

On Tuesday, Pence rejected calls from congressional Democrats for him to invoke the 25th Amendment and remove Trump from office. He said that despite pressure from House Speaker Nancy Pelosi, invoking the amendment “would set a terrible precedent.”

Democrats appear to be forging ahead with plans for impeachment, with Pelosi announcing a list of impeachment managers on Tuesday night helmed by Democratic Rep. Jamie Raskin of Maryland. Thus far, only three Republicans have announced their support for Trump’s impeachment, although among them is the third-ranking Republican in the House, Rep. Liz Cheney of Wyoming, the GOP conference chairwoman.

Meanwhile, a group of Republicans in the House are calling for Trump to be censured, a step below impeachment while still expressing condemnation. The lawmakers said they want Trump censured for violating his oath of office and “attempting to unlawfully overturn the 2020 presidential election.”