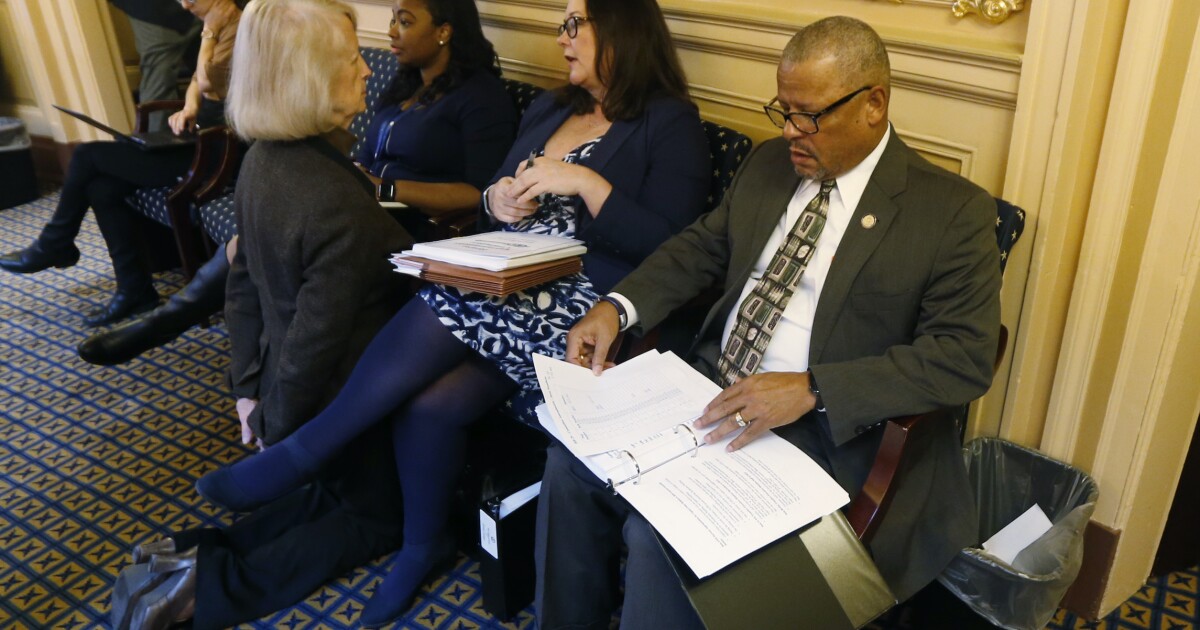 The Virginia General Assembly’s 2021 legislative session begins Wednesday, and lawmakers will be focused on the budget, COVID-19-related expenditures and other issues, House and Senate leaders said.

The session will be set up much like last year’s special session. The House will conduct business virtually to prevent a mass gathering that could cause the spread of COVID-19, and the Senate will conduct business in the Science Museum of Virginia in Richmond and give lawmakers enough space to maintain social distancing.

Democrats hold the majority in both chambers.

Jacqueline Hixson, a spokesperson for the Senate Democrats, told The Center Square a lot of focus will be on the governor’s proposed budget. Gov. Ralph Northam proposed a budget in mid-December that included funding for COVID-19 vaccination efforts, workforce development, education, broadband expansion and eviction prevention, which he framed as a means to get through the COVID-19 pandemic and rebuild the economy going forward.

Del. Luke Torian, D-Dumfries, who chairs the House Appropriations Committee, told The Center Square the House also will be focused on the budget. He said the House Democrats’ proposal will look similar to the governor’s, but lawmakers also have their own priorities to be worked into their proposal.

According to Hixson, Senate Democrats also will focus on COVID-19-related issues, such as testing and vaccinating. She said lawmakers also will try to work on some criminal justice reform efforts that did not get finished in last year’s special session, including legislation to abolish most mandatory minimum requirements for sentencing.

Republicans will be on the offensive on some of their priorities and on the defensive in trying to prevent Democrats from going forward with some of their agenda.

House Minority Leader Todd Gilbert, R-Shenandoah, told The Center Square that House Republicans will focus on similar priorities from the past two sessions: getting children back in school and financially assisting parents who have put their children in alternative education systems.

“We’re also planning on a suite of legislation that will help rebuild confidence in our electoral process,” Gilbert said. “Democrats changed the rules last year in such a way that shook the faith of many Virginians in the integrity of our elections. We want to fix that and add new layers of transparency that will put an end to many of the things that caused problems in November. Transparency in counting, making sure absentee ballots are included in the precinct they’d otherwise be cast, and other measures to ensure there’s no room for fraud, or even conspiracy theories about fraud. And we will also continue to fight against legislation that would cost Virginians jobs in an already challenging environment.”

Sen. Ryan McDougle, R-Mechanicsville, told The Center Square that Senate Republicans also will focus on election integrity and assistance for parents who have put their children in alternative education systems. He also said they will work on improving the state’s COVID-19 vaccination programing and ensuring more collaboration regarding federal relief money.

McDougle said Republicans will work to block some of the criminal justice reform efforts from Democrats, including abolishing certain mandatory minimums and any effort to eliminate qualified immunity for police officers. He also said they will oppose Northam’s attempt to expand the Court of Appeals, which he said amounts to court packing.

Senate Republicans also will try to prevent any repeal of right-to-work protections, any proposed gun confiscation and any additional burdens on businesses.

Christian Braunlich, the president of the Thomas Jefferson Institute for Public Policy, told The Center Square he expects Democrats to push for legislation that will impose additional regulatory burdens on businesses and the economy, while Republicans will try to fend it off.

“The top priority for both should be seeking ways to find common ground, however narrow that ground might be,” Braunlich said.