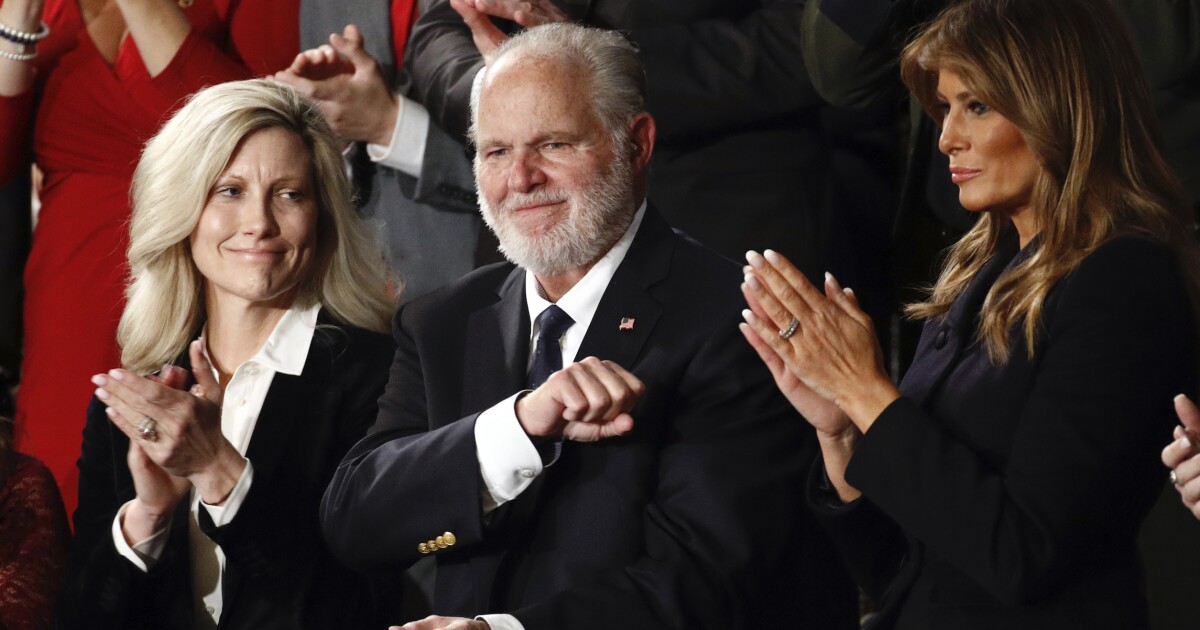 The widow of late conservative talk show host Rush Limbaugh said there will be a virtual tribute for his fans in the coming weeks.

Kathryn Limbaugh made the announcement about the memorial service during an appearance on air Monday for a special edition of the show that focused on her discussing Rush’s life. The segment featured listeners who were allowed to call in and reflect about the loss and ask questions to Kathryn about her husband, who died last week at the age of 70 from lung cancer complications.

She cited COVID-19 as a reason why more in-person tributes can’t be planned but teased a virtual memorial in which her late husband’s fans could participate. Kathryn said that the event will take place in the weeks to come but declined to get into very many details.

“We are in the initial stages of planning a celebration of life that will be able to be viewed by all of the audience and friends and extended family at some point in the near future,” she said. “We don't have an exact date just yet; we’re working on some of the logistics.”

During the Monday segment, callers expressed sadness about the death of the radio giant, who was a close ally of former President Donald Trump.

“He wasn’t a politician … he was us, he made us feel like he was us, and now we’re lost. Now, we don’t have that voice anymore,” one emotional listener from Nevada told Kathryn. “His words were heard, and they were felt, and they’re going to be felt forever.”

Trump, who presented Limbaugh with the Presidential Medal of Freedom during the 2020 State of the Union address, participated in his first post-presidency media interviews last Wednesday after Limbaugh died to speak about his friend.

“He was a supporter, right at the beginning, literally from the time I came down on the escalator with Melania, and Rush liked what I had to say … and just about from that point, he was on our side, and that was without knowing him,” Trump told OANN. “He was a tough man.”