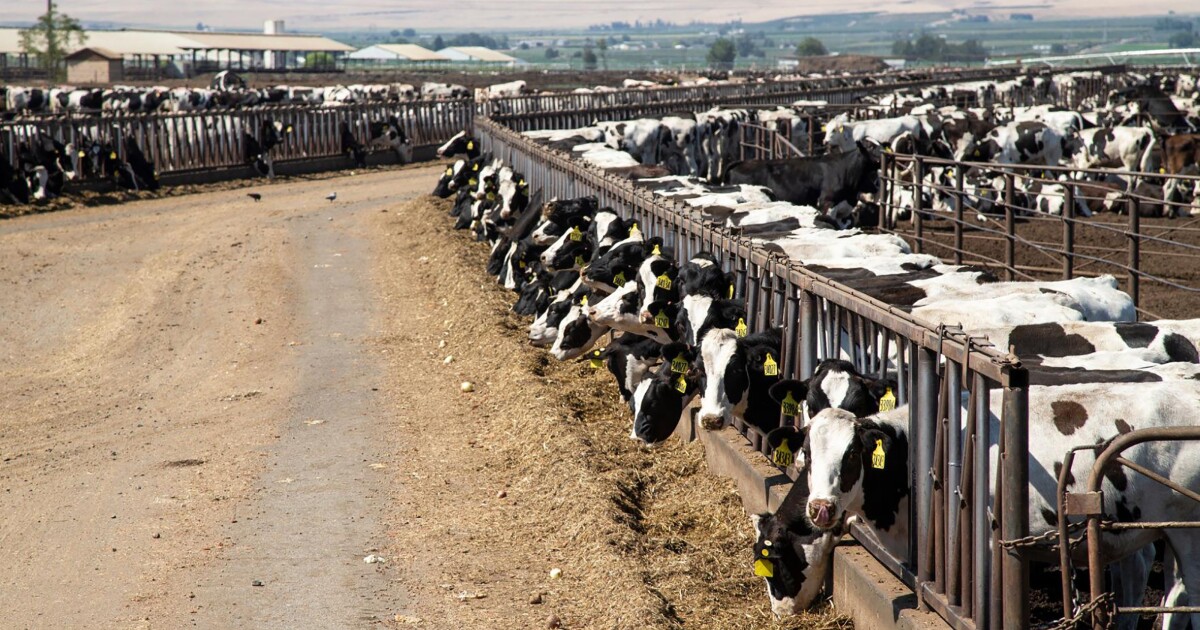 Washington’s highest court ruled in a 5-4 decision on Thursday that the state’s farmers are entitled to overtime pay, reversing decades of legal precedent.

The landmark decision makes Washington the sixth state in the nation to grant overtime benefits to farmworkers across the board and the first to do so through the swing of a gavel.

Thursday’s ruling was in response to a class action lawsuit filed in 2016 by around 300 milkers from DeRuyter Brothers Daily in Washington’s Yakima Valley. Jose Martinez-Cuevas and Patricia Aguilar were named as lead plaintiffs in the lawsuit.

The plaintiffs allege that DeRuyter denied them rest and meal breaks in addition to overtime pay while working three shifts a day and milking nearly 3,000 cows per shift seven days a week.

According to court documents, the injury rate for Washington’s dairy workers was 121% higher than all other state industries combined in 2015 and 19% higher than the rest of the agricultural sector.

Plaintiffs further alleged that such poor workplace conditions were racially motivated as the vast majority of the state’s dairy milkers identify as Latino.

According to a 2020 report by the American Immigration Council, more than 40% of all workers in the nation’s agricultural, farming, fishing, and forestry industries are immigrants.

To date, Washington’s agricultural employers have been exempted from overtime requirements affecting other industries such as retail.

In a majority ruling, Madsen wrote that the state’s overtime exemption for the agricultural sector violated Article I, Section 12 of the Washington State Constitution by granting the dairy industry a privilege unequal to the state’s other sectors.

Madsen further argued that the state’s dairy industry, while slower in summer months, occurs year-round and “is unlike that of piece-rate seasonal workers.”

As Madsen wrote, the state's Minimum Wage Act does not provide exemptions based on the seasonality of work.

In a concurring opinion, Gonzalez wrote that the workplace health hazards of the COVID-19 pandemic further validated the plaintiffs’ arguments.

“Today we face a global pandemic, and while many others stay home, farmworkers continue to go to work because they are recognized as essential,” Gonzalez wrote. “But they go to work on unequal terms. They deserve better. The [overtime] exemption denies an important right to a vulnerable class, and defendants have not demonstrated it serves important governmental objectives.”

Under Gov. Jay Inslee's orders, Washington employers must additionally supply their employees with face masks at no cost if they working alongside coworkers, promote social distancing, and sanitize company vehicles.

In a written dissent, Stephens argued that the state’s overtime exemption for the agricultural industry stood to treat all agricultural workers equally. The industry itself, he continued, operates on fluctuating demands and deserves different legal treatment as a result.

Stephens added that the state legislature wields broad authority over minimum wage and labor standards, “for the purpose of protecting the immediate and future health, safety and welfare of the people of this state.”

Thursday’s ruling could mean wider implications for the state’s agriculture industry which Justice Johnson raised in a separate written dissent.

“The cost of paying overtime for hours worked in the past could have a devastating impact on farm employers broadly,” Johnson wrote. “The far-reaching impact of retroactive application inflicts more injustice than is necessary to give effect to the decision. Farm employers should not bear the overwhelming risk of financial devastation because they paid what the law required of them at the time.”

According to data from Zip Recruiter, Washington dairy farm jobs averages at $17 an hour.

Members of the Washington Policy Center argues that the ruling will inevitably open a “proverbial Pandora’s Box” of litigation swamping the state’s agricultural employers.

“Dairy employees are going to be looking at either a curtailment of their hours or a lessening of their wages to ensure their employers are able to meet the new overtime requirements while maintaining operation of their businesses,” Pam Lewison of the Washington Policy Center wrote. “Are these really the benefits workers were hoping for when this lawsuit was filed?”

According to the Bureau of Labor Statistics report, dairy farmers nationwide saw raw milk sales fall about 40% between February and June as the COVID-19 pandemic gained ground.