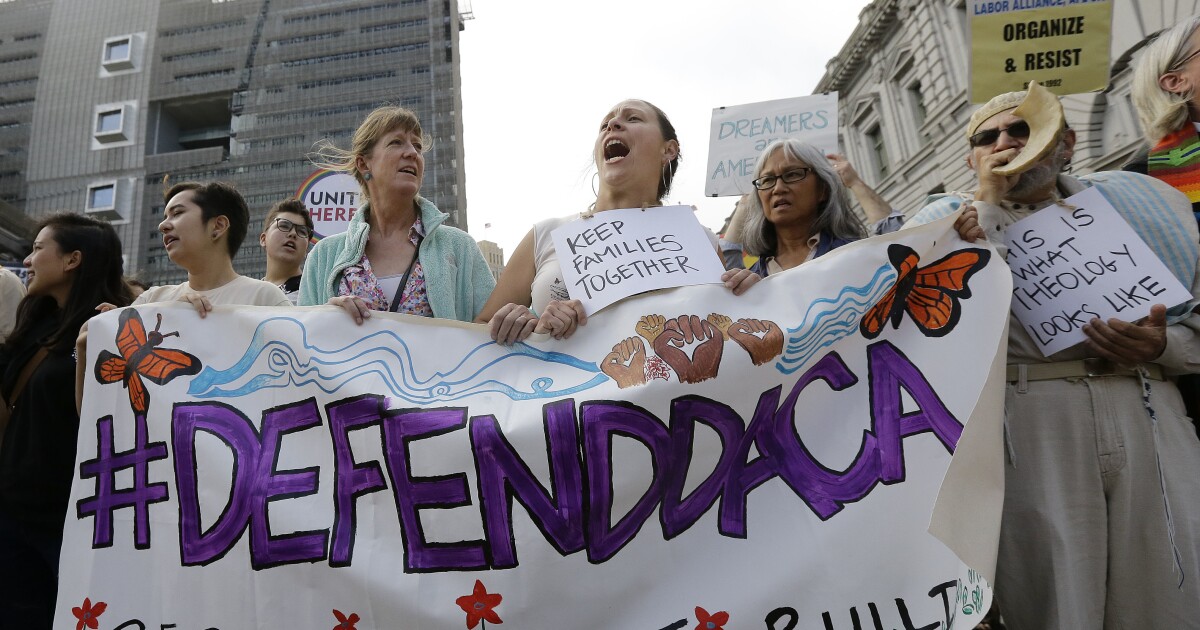 A joint lawsuit from 16 states has won a victory from a federal judge defending the protections under the Deferred Action for Childhood Arrivals program.

In August, 16 state attorneys general filed an amended lawsuit against a rollback of the program by the Trump administration co-led by Washington, New York, and Massachusetts.

Back in July, Department of Homeland Security Acting Secretary Chad Wolf wrote a memo announcing his intent to limit DACA while he weighs whether to end the program all together.

The memo ordered Homeland Security to stop accepting new DACA applications, shorten the renewal window from two years to one, and ban existing DACA recipients from traveling internationally save for exceptional circumstances.

A Government Accountability Office report from August found that Wolf was improperly appointed to his position.

Ferguson filed a motion from summary judgment on the case, which was granted on Saturday by Judge Nicholas Garaufis of the U.S. District Court for the Eastern District of New York.

In his judgment, Garaufis wrote that Wolf had no authority to issue a rollback of the program's protections.

“The highest court in the land already told the Trump administration it cannot arbitrarily end DACA,” Ferguson said. “Despite this, the Department of Homeland Security — under the leadership of an unlawfully appointed acting secretary — pushed through yet another rollback of the program. This weekend’s ruling blocked this unlawful attempt from harming thousands of Washington Dreamers.”

According to court documents, around 4.3 million parents of U.S. citizens and lawful permanent residents are guaranteed work eligibility and protection from deportation under the DACA program.

The program was created through an executive branch memorandum by the Obama administration in 2012. DACA has not been instilled into any law passed by Congress.