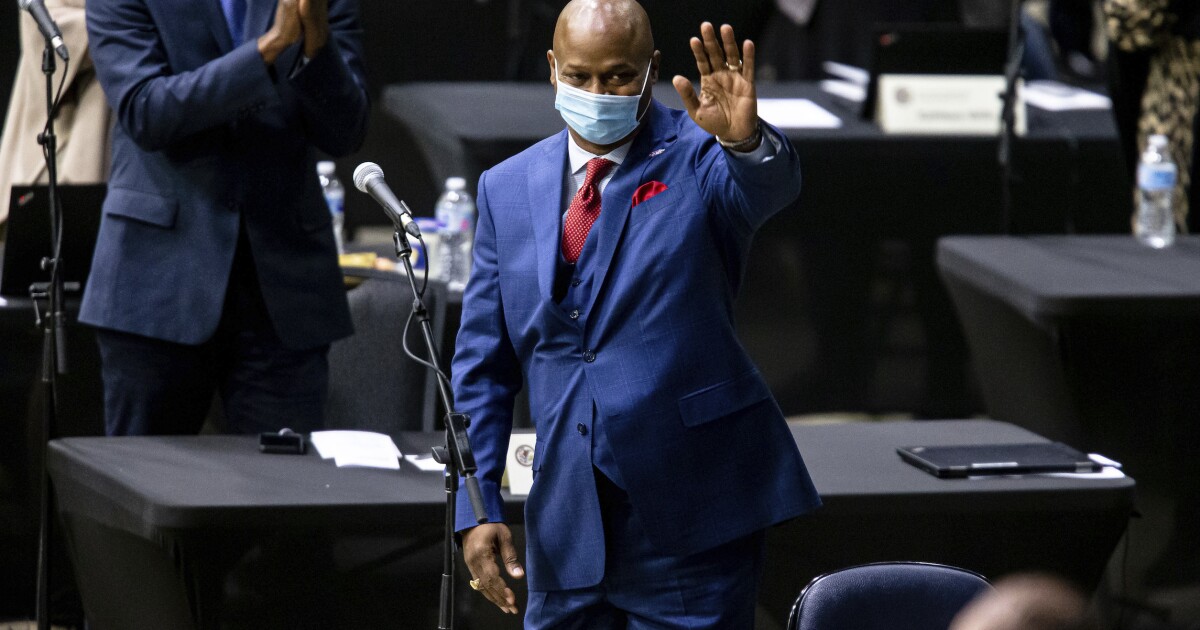 Until Wednesday, Madigan held the spot for all but two years since 1983. In a statement closing out the 101st General Assembly, his last as Speaker of the House, Madigan wished Welch “all the best.”

“It is my sincere hope today that the caucus I leave to him and to all who will serve alongside him is stronger than when I began,” Madigan said.

“He will be a speaker who will be confident in placing power in the hands of committees where deliberation of thought will either strengthen or block legislation,” West said.

“When we are tired and drained like many of us are today, when the battle has worn you down, a leader like Jim Durkin is the one who can lift us up,” Keicher said.

Welch thanked his predecessor for his tenure.

“While our state has many problems, our schools are better, more children have access to healthcare, and our working-class families will easily live the American Dream,” Welch said.

But, Durkin said Madigan ruined Illinois with his decades of power and poor policies. Durkin said that’s evident by the ComEd bribery scandal revealed last year that implicates Madigan as “Public Official A.”

The utility company agreed to pay a $200 million fine after signing a deferred prosecution agreement with federal prosecutors last summer. In the agreement, ComEd admitted that officials with the company paid $1.3 million in jobs and contracts to Madigan associates in an effort to influence the speaker.

Madigan has not been charged with a crime and has denied wrongdoing.

Madigan declined to answer questions from the Illinois House Special Investigating Committee that was created to look into his conduct in the ComEd scandal. The committee ended its investigation in late 2020 after a tie vote along party lines.

“The legacy is also one which failed its citizens with unbalanced budgets, broken pension systems, tax increase after tax increase with nothing to show for it,” Durkin said.

During Madigan's tenure as speaker, Illinois' fiscal position has deteriorated to among the worst in the nation. Illinois has the worst credit rating in the U.S. at just one notch above junk bond status, and the state's five public pension systems are the worst funded in the nation. That's despite Illinois taxpayers paying among the highest combined state and local taxes in the country.

Before the ComEd scandal, Madigan faced criticism for what some women described as a hostile work environment in Springfield. In 2019, the Illinois Legislative Inspector General found two Madigan employees harassed other employees and should never be allowed to work for the state again.

In June 2018, Madigan’s longtime Chief of Staff and Clerk of the House Tim Mapes was fired after House employee Sherri Garrett publicly accused him of bullying and repeated harassment over several years.

Just a few months earlier, in February 2018, Kevin Quinn, a longtime political operative of Madigan’s, was accused by campaign staffer Alaina Hampton of sexual harassment. He was later fired from both his political and state government jobs.

The legislature is back in session Thursday.