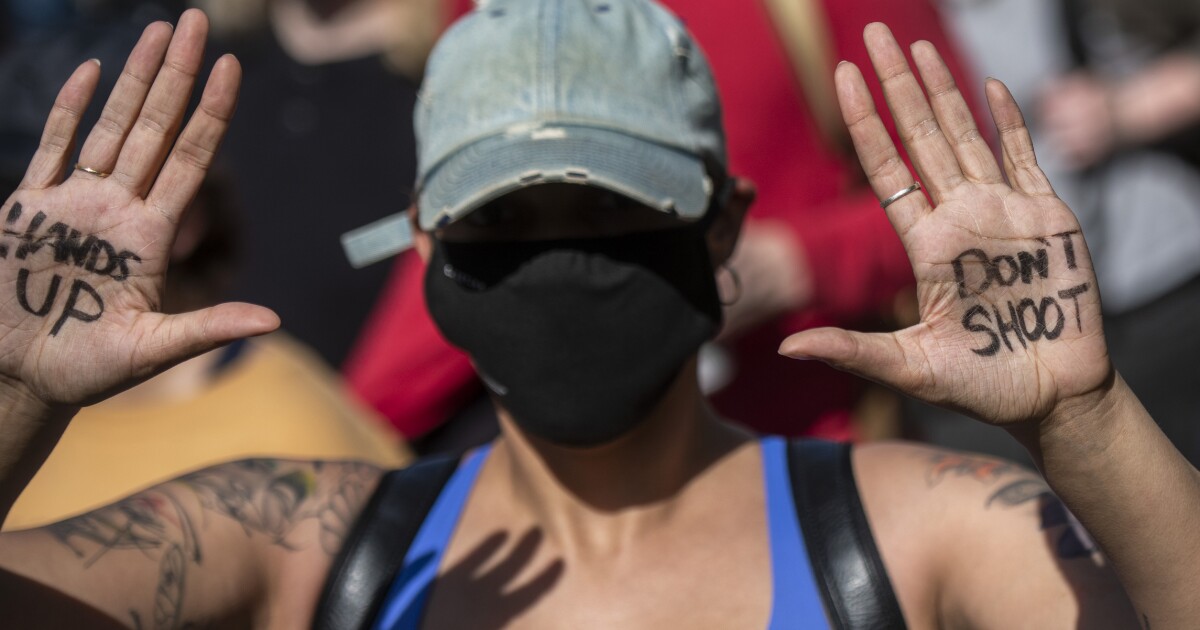 What Killed Michael Brown? is a new documentary from director Eli Steele, the son of black conservative author Shelby Steele. It poses a much bigger question than “who” killed Michael Brown, the black teenager whose death in Ferguson, Missouri, helped launch the Black Lives Matter movement.

We know the answer to the latter question: Police Officer Darren Wilson shot Brown dead on Aug. 9, 2014. The shooting provoked national outrage after claims circulated that Brown had been holding his hands up and yelling “Don’t shoot!” at the time of his death.

After a series of investigations by federal officials, that narrative fell apart. Eventually, former President Barack Obama’s Justice Department concluded that Wilson shot Brown in self-defense after Brown attacked him and reached for his gun.

But narratives are rarely based on facts alone. Even today, many liberal-leaning people believe that Brown was an innocent black teenager unjustly killed by a racist, white police officer. In 2019, senators such as Kamala Harris and Elizabeth Warren were still proclaiming that Brown was murdered.

This documentary, narrated by Shelby Steele, does not dwell too much on the facts surrounding the shooting itself. Instead, it critically examines the national narrative that sprung up in its aftermath: that the lives of minorities are almost wholly determined by white racism.

Shelby Steele is hardly an inflexible ideologue. He was born into a segregated suburb of Chicago in the mid-1940s, the son of a black father and white mother. His parents were involved with the Congress of Racial Equality, and Steele himself would later participate in the civil rights movement. He joined the Black Power movement in college, and in the late 1960s, he worked administering Great Society anti-poverty programs in East St. Louis, Illinois.

But his experience with these programs, which he saw as plagued by waste and mismanagement, led him to doubt that liberal policies alone could eliminate black poverty. Steele grew considerably more conservative and eventually became a vocal critic of the civil rights movement as it evolved from the 1970s. Today, he’s a fellow at the right-wing Hoover Institution.

But you can tell by the way he speaks in the film that he’s anything but dogmatic. Steele has a deep conviction in the ideas of the civil rights movement he was born into — he just questions the idea that the barriers facing minorities today are identical to the ones under Jim Crow, as we are so often led to believe.

The film showcases or interviews numerous purveyors of this poetic truth. The Rev. Traci Blackmon, a fixture of Ferguson’s protests, says that “the treatment of Michael Brown by law enforcement in front of the whole world had the same impact of watching Bull Connor in Birmingham, Alabama, when he pulled those hoses.” At another point, she compares the shooting of Brown to the death of Emmett Till, a black 14-year-old who was lynched by a white mob in 1955 for allegedly flirting with a white woman.

The Steeles argue that the embrace of this poetic truth has led us to misdiagnose the problems that led to Brown’s death and that continue to plague Ferguson. We hear interviews from locals, black and white, who complain that Brown’s death was quickly politicized by the national media and used to justify rioting and chaos.

Indeed, one of the most dramatic consequences of Brown’s death was a massive surge in homicides, as police, under fire from the media and the Justice Department, pulled back from doing their jobs. This year, St. Louis is expected to have the highest number of homicides in 25 years. Data collected by Harvard economist Roland Fryer has shown that across the country, violent crime tends to spike when a police-involved shooting goes viral and is followed by a federal or state investigation into the police department.

But these homicide deaths are not highlighted in the same way that Brown’s was because Brown’s death was an opportunity to pronounce the “poetic truth” that white racism is the main obstacle facing minorities.

Steele argues that this fixation on white racism leads to well-meaning but misguided policies that ignore the agency of the very people they are intended to help. The film tells the story of Pruitt-Igoe, a St. Louis public housing project constructed in the 1950s that quickly fell into disrepair and became a hotbed of crime. It was eventually demolished with explosives in the mid-1970s. For Steele, Pruitt-Igoe is a symbol of liberals’ failed attempts to provide for the disadvantaged rather than empowering them to provide for themselves.

The film argues that a greater sense of personal empowerment and responsibility would have saved Brown’s life. Bob Woodson, another civil rights activist who became more conservative in his later years, argues in the film that “if Michael Brown had a sense of his own significance and his own importance, and he valued his life, he wouldn’t take the chance of risking it.”

As someone with left-leaning proclivities, I’m somewhat skeptical of Steele’s faith in the power of preaching personal responsibility. Can admonishments alone change people? Or does public policy have a role in building a culture and an economy that encourages people to be responsible?

But given the lopsided nature of our discourse about race and racism, Steele’s voice should be heard, and What Killed Michael Brown? should be seen, even by those who resist its conclusions.

Zaid Jilani is a Bridging Differences writing fellow at the University of California, Berkeley, Greater Good Science Center and a freelance journalist.