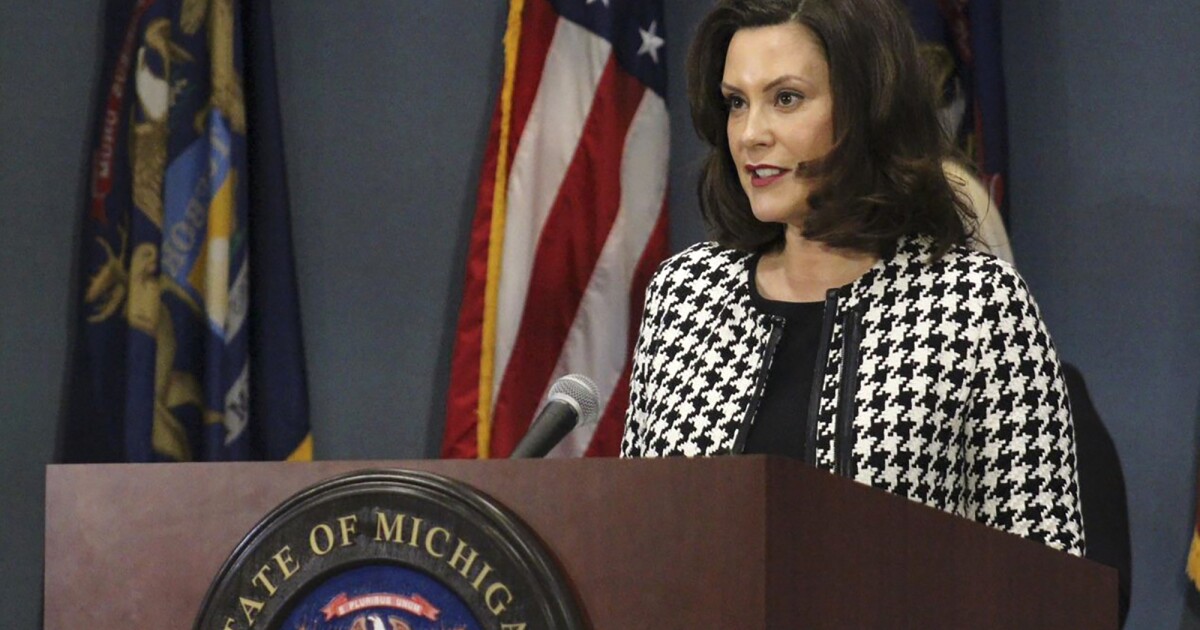 Gov. Gretchen Whitmer on Thursday addressed an interim report on the Michigan COVID-19 Task Force on Racial Disparities, but would not provide a direct answer to the question of whether she would extend the three-week pause on economic activity in the state.

More than two weeks after imposing a second lockdown of Michigan’s indoor dining facilities, theaters and bowling alleys, the Michigan Department of Health and Human Services-imposed pause is due to expire next week.

Rather than specifically indicating whether she or MDHHS would allow those rules to sunset, however, the governor and Michigan’s Chief Medical Officer Joneigh Khaldun hinted they anticipate an increase in COVID-19 cases as a result of “millions” of state residents traveling over the Thanksgiving Day weekend.

The bulk of Whitmer’s Thursday news conference was dedicated to discussion of her administration’s efforts to protect communities of color from the spread of COVID-19.

“From the beginning, our administration has listened to medical experts and taken a fact-based approach to eliminating COVID-19 in our most vulnerable communities, and we have seen significant progress,” Whitmer said.

“Lieutenant Governor Gilchrist and the leaders on the Task Force have been crucial in helping us dramatically reduce the number of cases, hospitalizations, and deaths in communities of color by expanding testing and providing crucial support to community organizations,” she added.

Gilchrist also delivered remarks: “The coronavirus pandemic has shined a light on the health, economic, and educational challenges that communities of color face daily.”

Referencing the interim report by the Racial Disparities Task Force, which he chairs, Gilchrist said: “Today’s report shows that significant progress has been made toward our goal to reduce these disparities over the past six months.”

The report asserts the death rate from COVID-19 among the U.S. Black population is three times greater than the white population while infection rates among Blacks are 40% higher than whites. The task force attributes the disparity to a lack of available testing centers in areas with higher minority populations as well as a prevalence of comorbidities in the African-American community.

“This is likely due to a higher proportion of younger individuals of Hispanic and Latino ethnicity who are infected than in non-Hispanic and non-Latino persons,” according to the report.

The Task Force has identified a number of areas on which it will focus in the coming weeks, including:

• Closing the digital divide in telehealth and virtual learning to ensure equitable access for all Michiganders;

• Increasing enrollment in health insurance plans by making it easy for Michiganders to find out about their options for affordable care, such as Medicaid and federal marketplace plans;

• Building mobile testing infrastructure that can also be extended for other health services such as vaccine administration;

• And raising awareness of racial- and ethnic disparities in medical care to ensure that every Michigander, no matter their race, can get safe and quality care in Michigan.