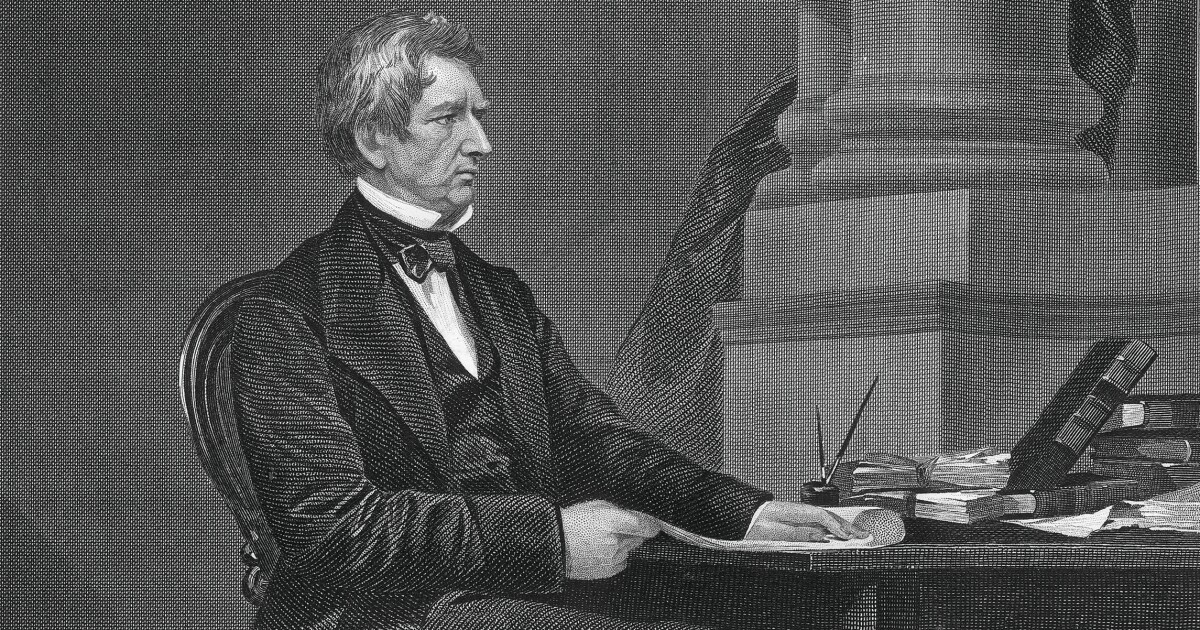 William Seward is known to most people as the architect of “Seward’s folly,” the acquisition of Alaska from Russia for $7.2 million in 1867. The stinging name has stuck, though energy-rich Alaska has turned out to be a bargain at 2 cents an acre.

Seward’s biggest role was in Washington as President Lincoln’s secretary of state and closest adviser. On the night Lincoln was shot at Ford’s Theater by John Wilkes Booth, Seward was knifed and left bleeding and near death at his home a few blocks away by a Booth henchman.

These two events are by far the most notable in Seward’s life in the judgment of historians. And I have no quarrel with their verdict — none at all. But there’s another role played by Seward that is unheralded but historically important, one in which his political skill, sense of duty, and emotional control led to Lincoln’s election.

It wasn’t that Seward knew Lincoln well from the political world, far from it. In 1860, they were opponents in the race for the Republican presidential nomination, with Seward the prohibitive favorite. Yet on the third ballot at the Republican convention in Chicago, Lincoln was nominated, aided by a team of slick deal-makers.

What followed Seward’s defeat was extraordinary. Biographer Walter Stahr quotes a friend on Seward’s reaction: “After reading a telegram announcing Lincoln’s victory, without any change in expression, Seward looked at his friends and said, ‘Well, Mr. Lincoln will be elected and has some of the qualities to make a good president.’” Then he told his wife, Frances, and children what had happened.

Even during the Civil War, Seward didn’t slip into criticism of Lincoln. “We made him the candidate, he was elected, and we have never had reason to regret it,” he told his doctor.

Nor did he hesitate in quickly deciding on his post-Washington plans. He would finish his Senate term, retire in 1861, and skip town. “Frances was delighted to hear that her husband would soon spend full time at their home in Auburn” in upstate New York.

But Seward was desperately needed to elect Lincoln. Republican congressman Charles Francis Adams wrote him his “services are more necessary to the cause than they ever were.” And he ran into political friends, and often crowds, wherever he went. He told Thurlow Weed, his longtime friend and political adviser, he would make a few speeches to see if he was in demand. He was, and he agreed to what he dubbed “a whistle stop tour.” Duty called.

It was one of the most popular, and unrelenting, political events of the 19th century. It lasted from Sept. 1 to Oct. 6. Seward, an Adams family friend for decades, talked Rep. Adams and his son, bored with being a lawyer, into joining him. They traveled by train, stagecoach, and riverboat. They crossed New York to Detroit, Milwaukee, St. Paul, Springfield, Illinois (where Lincoln met his train), Lawrence, Kansas, Chicago, and places in between. The crowds were huge.

On the swing across America, Seward, 59, was described by the Adams son as “small, rusty in aspect, dressed in a coat and trousers apparently made 20 years ago.” But he was a great speaker. “He excelled at long and serious speeches but could also give short and humorous ones,” Stahr writes in his biography Seward.

In Kansas, he reminded farmers and their wives how they had been “reviled and despised” by slaveholders but still “lifted the banner of liberty on high.” It meant Nebraska and other Western territories would enter the Union as free states. Then, Seward bowed and said, “As I have never done before to any other people. I salute you with gratitude and affection.”

It became clear well before Election Day what Seward had done for Lincoln. Seward, the odd man out in the Republican Party, did what no one else could. “He campaigned for Lincoln in 15 different states and territories, and Lincoln carried all of them except Missouri,” Stahr writes. “Both through his speeches and his presence. Seward helped generate enthusiasm, that essential but elusive ingredient, and thus secured for Lincoln the votes he needed to carry the close states.”