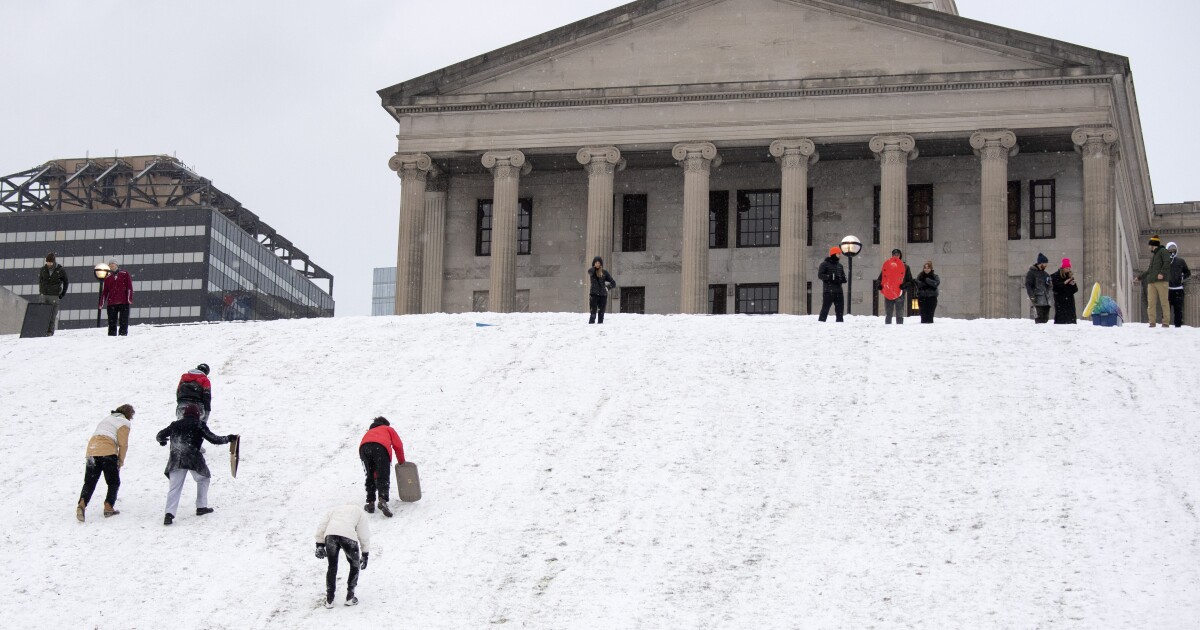 A layer of ice and snow covered west and middle Tennessee on Monday and Tuesday, causing the state Legislature to cancel business for the week.

Some areas of west Tennessee reported up to 7 inches of snow by Tuesday, according to the Tennessee Emergency Management Agency. The National Weather Service’s Nashville office reported 1.6 inches of sleet accumulation. At least two weather-related fatalities were reported by the Tennessee Department of Health.

After observing the President’s Day holiday Monday, leadership in Tennessee’s Senate and House announced Tuesday that legislative meetings had been cancelled, and the Cordell Hull legislative office building was closed.

“Due to continuing severe weather and adverse road conditions, all [Tennessee Senate] meetings are cancelled for the remainder of this week,” Lt. Gov. Randy McNally shared in a tweet, advising members not to travel to Nashville and staff to work from home. “Stay safe everyone!”

More than 16,000 Tennesseans statewide are without power, according to the Tennessee Emergency Management Agency. The winter weather also caused several COVID-19 testing and vaccination centers in middle Tennessee to shut down. Several west and middle Tennessee school districts cancelled school.