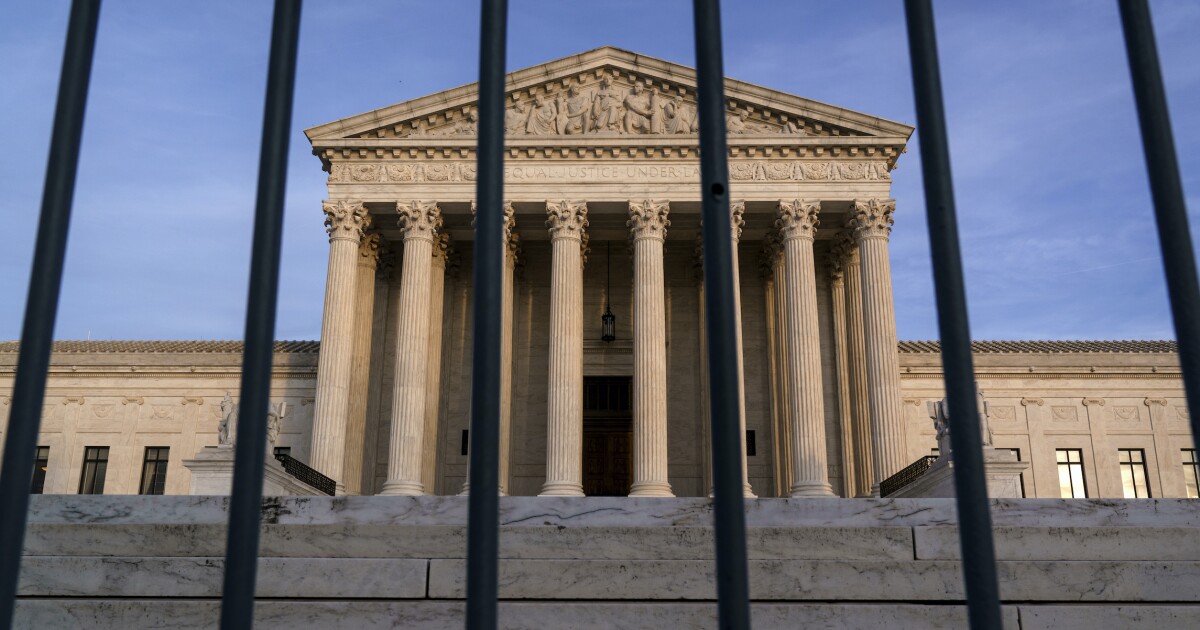 Wisconsin’s attorney general offered a scathing response to a Texas election lawsuit case that appeals directly to the Supreme Court and targets the Badger State.

Wisconsin Attorney General Josh Kaul on Thursday called the Texas challenge an “extraordinary intrusion” into his state’s election and a further interference into the election processes of Michigan, Pennsylvania, and Georgia.

“Texas proposes an extraordinary intrusion into Wisconsin’s and the other defendant States’ elections, a task that the Constitution leaves to each State,” the response reads. “Wisconsin has conducted its election and its voters have chosen a winning candidate for their State. Texas’s bid to nullify that choice is devoid of a legal foundation or a factual basis.”

The litigation, spearheaded by Texas Attorney General Ken Paxton, alleges that the states targeted, all of which President-elect Joe Biden won, made unconstitutional changes to how their states vote. It is asking the Supreme Court to rule that states can send electors to vote for President Trump despite Biden’s win.

“Georgia, Michigan, Pennsylvania and Wisconsin destroyed that trust and compromised the security and integrity of the 2020 election. The states violated statutes enacted by their duly elected legislatures, thereby violating the Constitution,” Paxton said in a statement after the litigation was filed Monday evening.

Trump filed a motion to intervene in the legal effort, and several other states have supported Texas’s effort to throw the former vice president’s Electoral College win into contention. On the flip side, Washington, D.C., and more than 20 other states and U.S. territories filed an amicus brief in support of the four states that were targeted.

In Thursday’s 45-page document, Kaul takes the lawsuit to task on a number of points and said that the legal action has “no merit” and that Texas “does not have a cognizable interest” in Wisconsin’s election procedures.

“Given all these facts, it is no surprise that Texas fails to establish any of the requisite factors necessary for granting preliminary relief,” the response reads. “It has no likelihood of success on the merits of its clams, and the harm and public interest factors strongly weigh in favor of denying the extraordinary relief Texas seeks — stripping millions of voters of the choice they made.”

Pennsylvania Attorney General Josh Shapiro also criticized the Texas challenge in a Thursday brief and characterized it as a “cacophony of bogus claims.” He said it was merely the latest legal action in a series of “frivolous lawsuits aimed at disenfranchising large swaths of voters and undermining the legitimacy of the election.”

The case gained further attention this week when Sen. Ted Cruz got involved. A Cruz spokeswoman confirmed to the Washington Examiner on Wednesday that Trump asked him to argue the case should the nation’s highest court decide to take it up, and the Texas Republican agreed.

Despite the myriad filings and opinions, whether the case will even be heard is up to the Supreme Court. The justices already said they didn’t want to hear a case brought by a group of Republicans out of Pennsylvania that was seeking to overturn a 2019 law passed by the GOP-led Legislature regarding mail-in voting. Cruz had also said he would have been willing to argue before the Supreme Court in that case.

Biden’s projected share of the Electoral College is 306 to 232 for Trump. He also bested the president in the popular vote, taking in some 81.2 million ballots, more than 7 million than who voted for Trump.