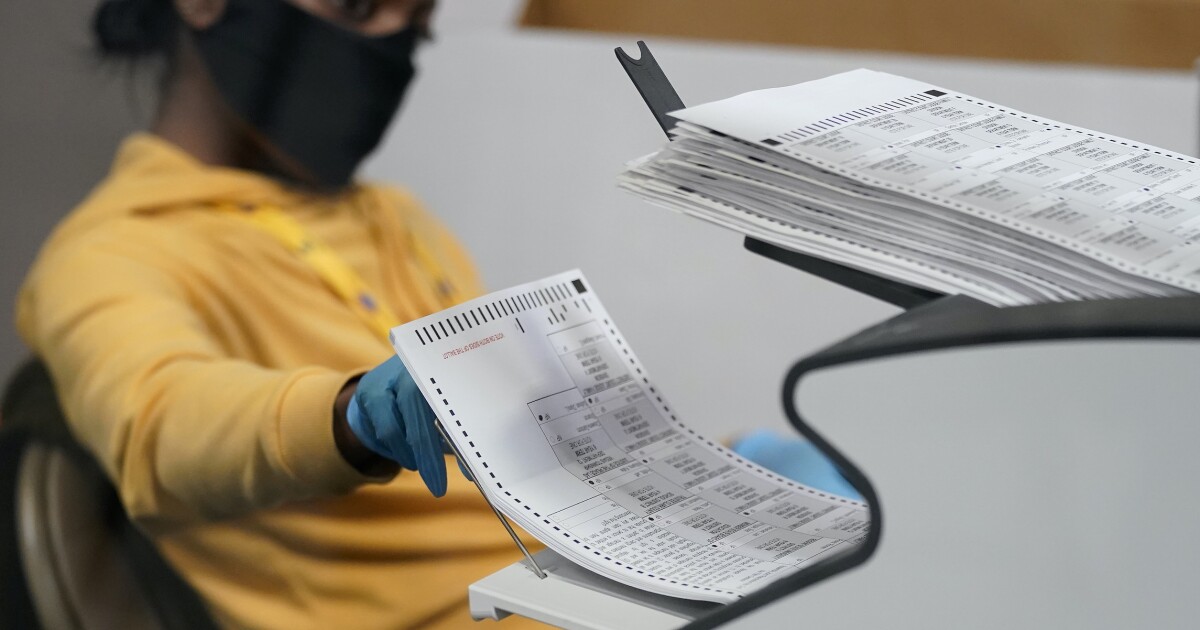 As President Trump’s campaign appears poised to trigger a recount in Wisconsin, the state's Elections Commission said that the cost will be much pricier than in the past.

Trump’s team has indicated that it intends to file a recount petition after the Badger State’s 72 counties finish their canvassing process, which is expected to end on Tuesday. On Monday, the Wisconsin Elections Commission pegged the estimated cost of such an undertaking at $7.9 million, several times more than one done following the 2016 election.

“These estimates are significantly higher than the actual costs of the 2016 recount, but they take into account factors not present four years ago, including the need for larger spaces to permit public observation and social distancing, security for those spaces, the higher number of absentee ballots, a compressed time frame over a holiday, and renting high-speed ballot scanning equipment,” said Meagan Wolfe, Wisconsin’s chief election official, in a statement.

She also noted that the commission has “not received any indication that there will or will not be a recount,” but she said the state is “ready” if there is one.

The coronavirus pandemic has had a profound effect on the way that Wisconsin and other states have handled this year’s election, with a much larger portion of the population filing absentee ballots than in years past. Issues with the coronavirus led to the canvassing process going all the way to its Tuesday deadline.

An elections official told the Washington Examiner last week that in one county, which was not named, some of the people who are part of the canvass process were sick and in quarantine, pushing the end of canvassing right to its deadline.

The state has seen one of the biggest surges in new cases across the country. Over the past two weeks, Wisconsin has had a 48% increase in new cases, a 42% increase in hospitalizations, and a 23% increase in the number of virus-related deaths, according to data from the New York Times.

A Wisconsin recount can only be requested if the second-place contender is less than 1 percentage point away from the leading contender. In this case, Trump is behind President-elect Joe Biden in the unofficial results by an approximately 0.6-point margin. The margin is not close enough, however, to have the state foot the bill, which only occurs when candidates are separated by a margin of 0.25 points or less. Biden is ahead by more than 20,000 votes.

The projected $7.9 million figure presented on Monday far exceeds the 2016 statewide recount, which was initiated by Green Party candidate Jill Stein. In that recount, the costs ended up being just over $2 million.

It is unclear to what extent a recount might change the results of the election.

Republicans in the state have raised questions about “indefinitely confined voters,” citizens that are permitted to vote without showing photo identification under Wisconsin law. Last year, 72,000 voters were listed as such, and this year, the total claiming they were confined to their residence because of an illness, age, or disability exploded to 243,000 voters. Some in the GOP also questioned how absentee ballot envelopes were edited by clerks across the state, particularly pertaining to addresses for ballot witnesses.

In 2016, when Trump won the state by fewer than 23,000 votes, the subsequent recount increased the president’s lead over Hillary Clinton by 131 votes. The Washington Examiner has reached out to the Trump campaign several times for details about the recount effort but has not received any response.