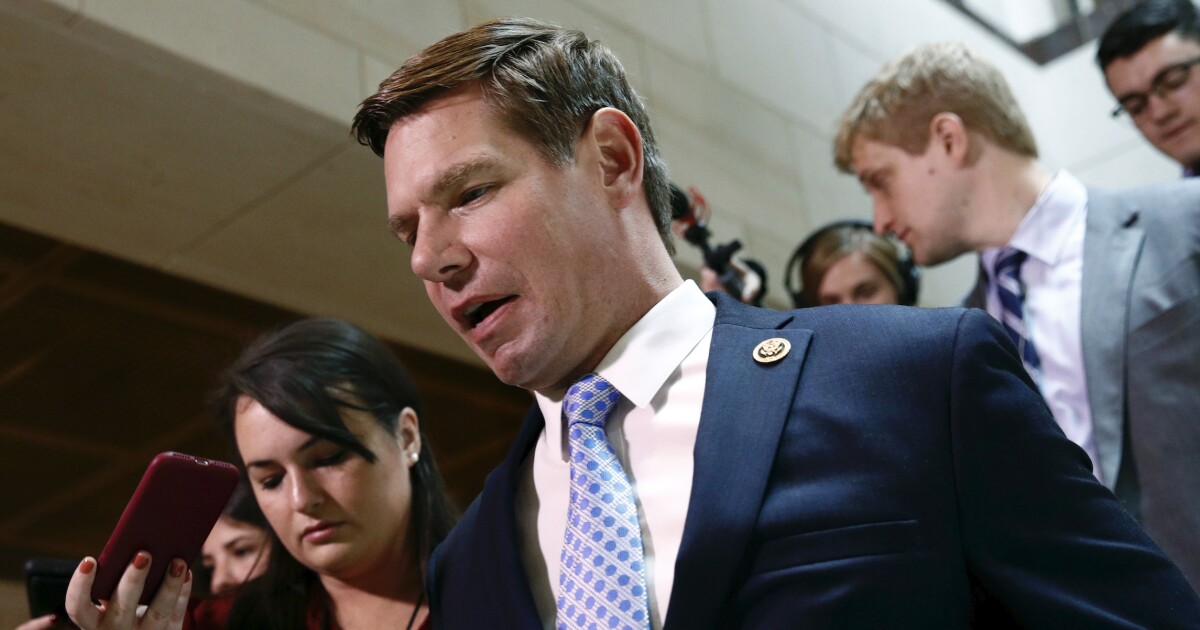 A woman suspected of being a Chinese spy targeted a host of politicians nationwide — California officials and congressmen, Midwestern mayors, and more — with a particular focus on Democratic Rep. Eric Swalwell, bundling donations for him and helping place an intern in the now-Intelligence Committee member’s Washington, D.C., office.

Christine Fang, a Chinese national believed to be working with China’s Ministry of State Security, conducted an extensive political influence operation between 2011 and 2015 on behalf of the Chinese Communist Party in the Bay Area and elsewhere, according to a report by Axios, which cited current and former U.S. intelligence officials.

Fang, thought to be in her 20s or 30s, attended California State University East Bay and was the president of both the Chinese Student Association and the Asian Pacific Islander American Public Affairs, positions she used as a springboard to expand her influence, using her political ties to place potentially unwitting “subagents” in the offices of elected officials. She also reportedly carried out sexual relationships with two unnamed Midwestern mayors.

It does not appear that any charges have been publicly filed against Fang.

Among the Chinese national’s “most significant targets” was Swalwell, according to the report, which said Fang “took part in fundraising activity for Swalwell’s 2014 re-election campaign” as a “bundler,” although the political operative who was a source for the story said they “found no evidence of illegal contributions” and the Federal Election Commission does not show Fang making donations in her name. Fang “helped place at least one intern in Swalwell's office” and “interacted with Swalwell at multiple events over the course of several years,” the report said. Fang began her targeting of Swalwell when he was still a Dublin City, California, councilman before he was elected to the House in 2012.

Swalwell, who married in 2016, became a member of the House Intelligence Committee in early 2015 and unsuccessfully ran for the Democratic presidential nomination in 2019. Federal agents carrying out a counterintelligence investigation into Fang “alerted Swalwell to their concerns” in 2015 and provided him a defensive briefing. The California Democrat “immediately cut off all ties to Fang” and “has not been accused of any wrongdoing,” the report said, citing intelligence sources.

“Rep. Swalwell, long ago, provided information about this person — whom he met more than eight years ago, and whom he hasn’t seen in nearly six years — to the FBI,” Swalwell’s office told Axios. “To protect information that might be classified, he will not participate in your story.” Swalwell's office declined to answer further questions posed by the Washington Examiner about his interactions with Fang.

Fang suddenly left the United States in the summer of 2015 as investigators closed in on her.

Director of National Intelligence John Ratcliffe wrote a Wall Street Journal op-ed last week in which he warned that “this year China engaged in a massive influence campaign that included targeting several dozen members of Congress and congressional aides” and said that he “briefed the House and Senate Intelligence committees that China is targeting members of Congress with six times the frequency of Russia and 12 times the frequency of Iran.”

FBI Director Christopher Wray issued a warning similar to Ratcliffe’s during a speech in July, saying that “China is engaged in a highly sophisticated malign foreign influence campaign, and its methods include bribery, blackmail, and covert deals.”

Swalwell has tweeted about China, saying last month that “there are zero reasons why a U.S. company should share your data with China.” The California Democrat said in March that “when lawmakers refer to COVID-19 as a ‘Chinese’ virus, they are not only misleading the public about a disease with confirmed cases in over 100 countries, they are stoking racism & xenophobia in our communities.”

He also responded to a tweet from President Trump in June that said, “As I watch the Pandemic spread its ugly face all across the world, including the tremendous damage it has done to the USA, I become more and more angry at China.” Swalwell tweeted back: “Whatever China did or didn't do, you were asleep at the switch when there was a chance to keep the pandemic from getting out of control, and you've been lying, distracting, & undermining common sense ever since.”

The U.S. intelligence community and U.S. government leaders believe the Chinese government misled the world about the coronavirus outbreak, which originated in China.

Reports emerged in the summer of 2018 that Sen. Dianne Feinstein, who helped lead the Senate Intelligence Committee, had unknowingly hired a Chinese spy as a staffer. Zach Dorfman, then a reporter for Politico who worked on the new Axios story, reported then that “former intelligence officials told me that Chinese intelligence once recruited a staff member” at Feinstein's office, “and the source reported back to China about local politics.” The San Francisco Chronicle reported that “a local source who knew about the incident confirmed to us that the FBI showed up at Feinstein’s office in Washington, D.C., about five years ago to alert the then-chairwoman of the Senate Intelligence Committee that her driver was being investigated for possible Chinese spying” and that “the staffer also served as gofer in her San Francisco office and as a liaison to the Asian American community.”

Fang had insinuated herself with other politicians too.

The Chinese spy “volunteered” for and appeared at a number of events for now-Rep. Ro Khanna's failed run for the House in 2014, the Axios report said. Khanna won a California seat in the House in 2016. Khanna said he was not briefed by the FBI. “I respect the need for law enforcement to protect our nation from espionage,” he said in response to the report, but “we need strict guardrails to make sure the FBI’s investigations do not have collateral damage to the privacy of American citizens or to the legitimacy of Asian Americans in this country.”

The Chinese national also “helped with a fundraiser” for Rep. Tulsi Gabbard of Hawaii in 2013, according to the report, though the Hawaii Democrat’s spokesperson said Gabbard “has no recollection of ever meeting or talking with her.”

Bill Harrison, the former Democratic mayor of Fremont, California, “said he knew Fang because she volunteered in his office and participated in numerous local political and community events” and said “he was contacted by FBI officials who warned him about Fang’s suspected activities in the Bay Area” in August 2015, according to the report. Gilbert Wong, who had been the Democratic mayor of Cupertino, California, “had seen Fang frequently at political events,” the report said. “We want to fight against racism, we want to call it out, but if there’s a spy, we definitely support full prosecution, and we don’t support China penetrating the Chinese community,” Wong said in response.

Leaders in the U.S. government have repeatedly stressed that the concern is not about law-abiding Chinese Americans but rather about the malign actions being taken by the Chinese government inside the U.S.

U.S. officials “first noticed Fang through surveillance they were conducting on a different person — a suspected MSS officer working undercover as a diplomat in the San Francisco Consulate,” according to a U.S. counterintelligence official, and “U.S. officials believe” that Fang was part of a “political intelligence operation.”